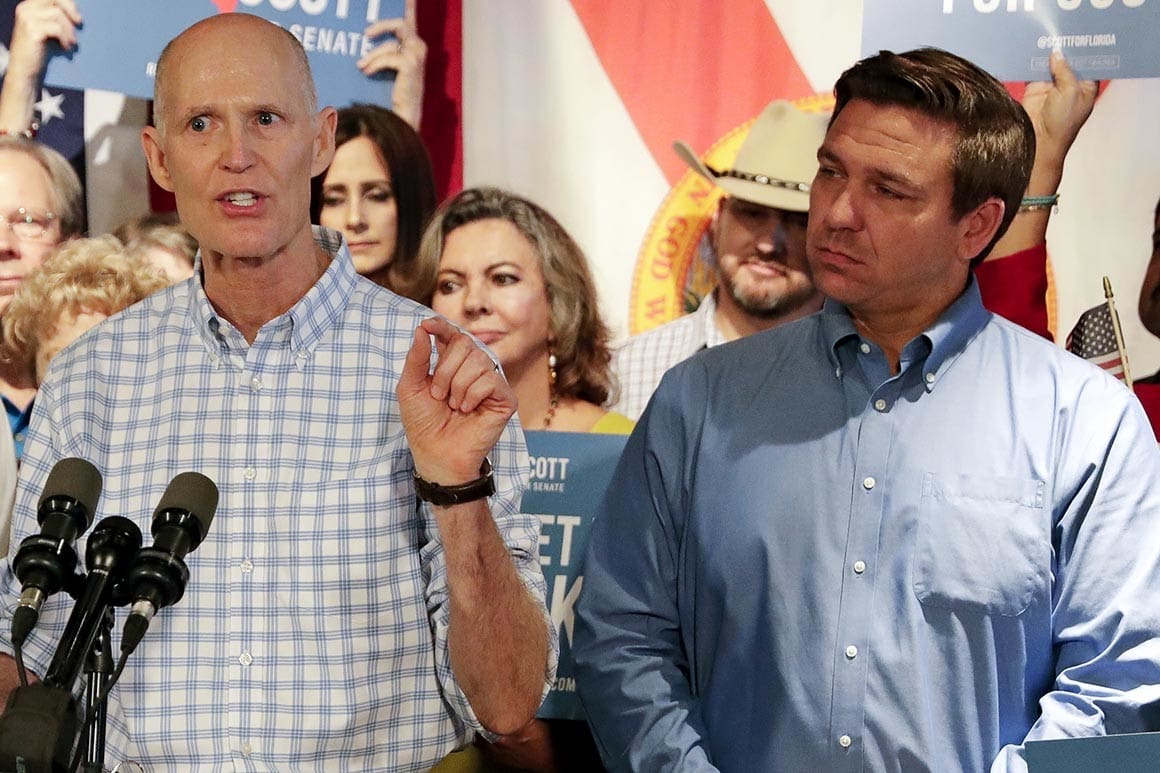 'It makes no sense. Somebody's going to pay that money back.'

During an interview with Bloomberg Television Wednesday, Scott was asked about DeSantis continuing to “deploy” COVID-19 relief funds for priorities not related to the pandemic. Scott said leaders with extra funds should return them to defray the federal debt.

“What every responsible state and local official should do is they should say ‘Hey, I’m going to send that money back. We need to pay down this $30 trillion worth of debt.’ We can’t waste money,” Scott said.

“If there’s something that we needed to do to deal with the COVID crisis, I get it,” Scott added. “But you’re sending money to states that they can spend basically any way they want, or to local governments. It makes no sense. Somebody’s going to pay that money back.”

Scott and DeSantis have diverged on COVID-19 stimulus spending before. The Senator called for DeSantis and other leaders to return extra money last year, even as DeSantis was programming the funds.

When rolling out the $116 million Civic Literacy Excellence Initiative last year in Scott’s hometown of Naples, DeSantis suggested he had complete discretion on how to allocate the federal pot.

“We got this money dumped,” DeSantis noted in March. “I could have just spent it and said it was emergency spending.”

The Governor has taken issue with the funding formula, suggesting it has served as “a bailout for blue states, poorly managed states.”

Democrats have hit DeSantis routinely, charging him with hypocrisy for programming COVID-19 relief funds while describing the process as “Washington at its worst.” What’s clear here, though, is that the Governor’s immediate predecessor still isn’t willing to endorse the spending of relief funds for unrelated purposes, suggesting some Republicans may be rankled as well.

DeSantis has said there’s no point in sending the money back to Washington.

“It doesn’t make any sense,” said DeSantis, as reported by POLITICO Florida. “If Florida were to send the money back, (Treasury Secretary Janet) Yellen is going to send it to Illinois, California, New York or New Jersey. I don’t think that would make sense for Floridians — for us to be giving even more money to the blue states.”

nextNYC Mayor on Florida: ‘I’m trying to steal their companies’