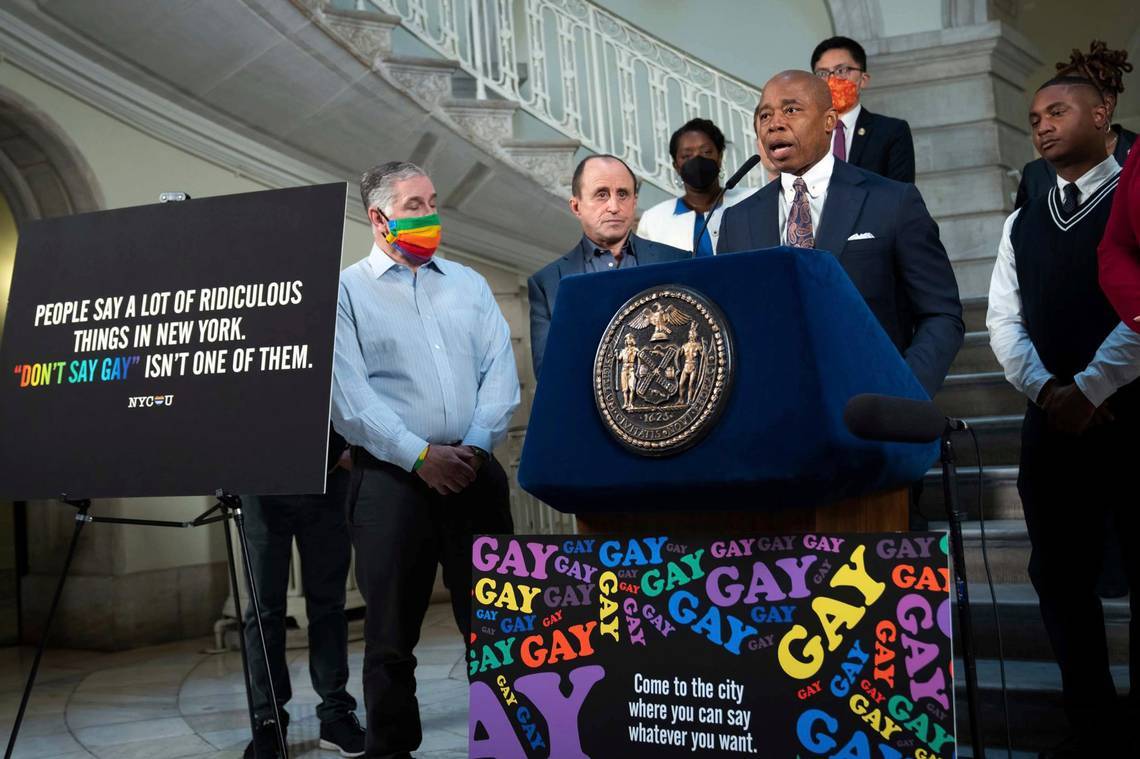 Speaking at a Brooklyn press conference, the former cop-turned Mayor said he is trying to “steal” Florida businesses and resettle them in the Big Apple.

The effort, Adams suggested, is retribution.

“They’ve been doing it to us for a long time,” Adams told reporters. “They’ve been coming to New York, taking our businesses away.”

The remarks, prompted by a reporter’s question, mark the latest exchange between Florida and the Big Apple.

“I am the Mayor of New York City, but I have a message for Florida’s LGBTQ+ community — come to a city where you can say and be whoever you want,” Adams previously said of the campaign.

Adams’ criticism of the measure, known formally as the Parental Rights in Education Bill, continued Wednesday at the press conference. He lamented the bill as “political posturing” and unnecessary, asserting that sex education in kindergarten through third grade is nonexistent.

The bill, which Gov. Ron DeSantis signed in late March, specifically bans instruction on “sexual orientation or gender identity” in those grades.

“I believe, whenever someone attempts to bully someone, that you need to stand up and protect them,” Adams said without namechecking DeSantis.

While Adams said he enjoys “rivalries with other states,” DeSantis’ office mocked the billboards as a favor to Florida.

In a statement, DeSantis Press Secretary Christina Pushaw, welcomed those opposed to the bill to pack their bags.

“If anyone is so upset about our Governor defending parental rights and protecting young children from inappropriate instruction about sex and gender theory that they want to leave Florida for a crime-ridden socialist dystopia, I am quite confident our state will be better off without them,” Pushaw said in an email.

The two, at the time, were cable news fixtures. Cuomo resigned in August amid a sexual harassment scandal and mounting public pressure.

DeSantis also is no stranger to Democratic California Gov. Gavin Newsom. The pair often conflict regarding political policies and priorities and are widely viewed as presidential candidates in the near future.

nextJacksonville Bold for 4.6.22: Demings does Duval