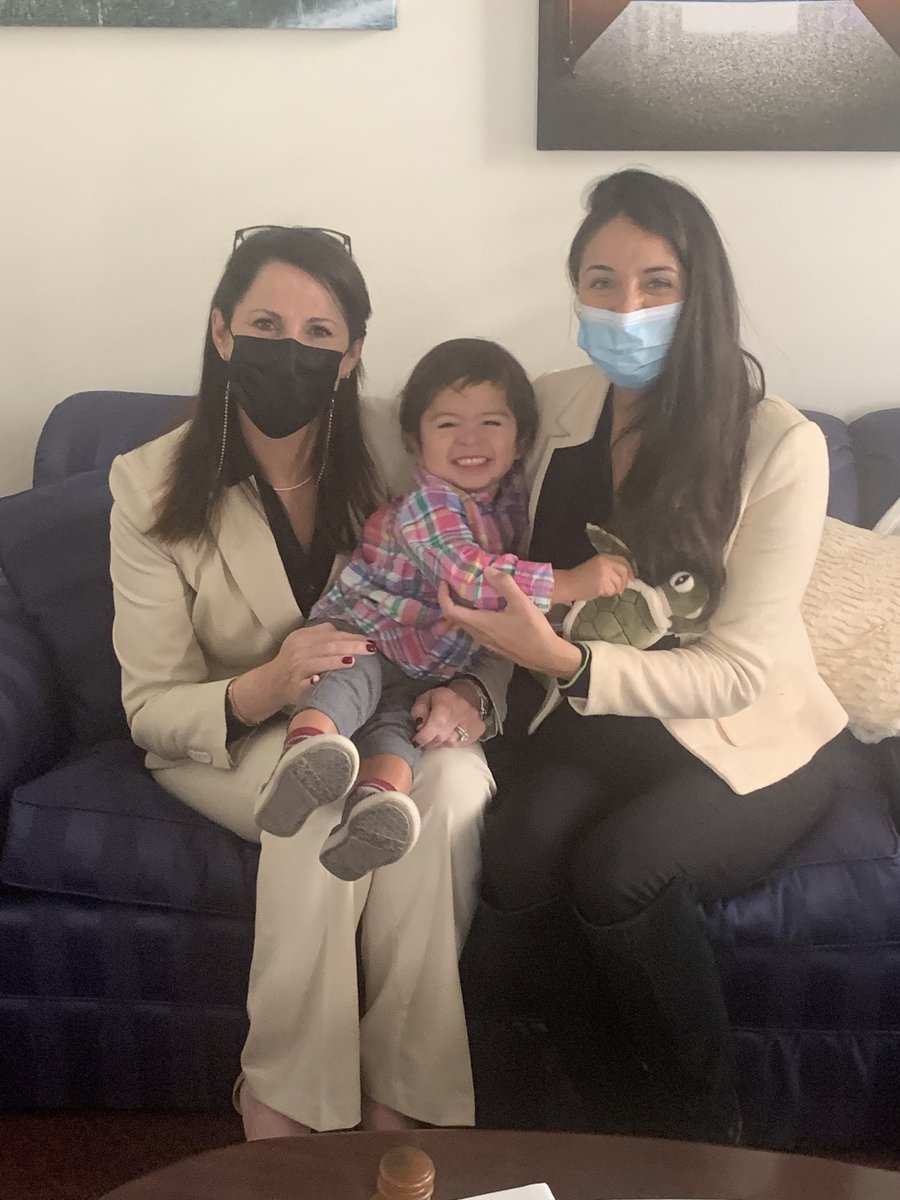 A bill providing for screening of newborns for a congenital illness is now law.

Sen. Tina Polsky, a Boca Raton Democrat, sponsored the bill during Session and said she was “incredibly proud” that it’s now law.

“Babies who fail their hearing tests will now get tested for the CMV virus, potentially saving their hearing and other future medical problems,” she said.

Online, she shared photos of a family whose story acted as a catalyst for the legislation.

“I want to thank Ellen (Gorra) and her adorable son Felix who were the inspiration for this bill,” Polsky said. “They will help change lives!”

Polsky learned of the issues surrounding the viral infection through a letter from Gorra, who lived in her district at the time.

“Thank you to the folks at Nemours KidsHealth and The Florida Coalition for Spoken Language Options for all your help, testimony and support!” she added

The virus is common and does not cause problems for most people. But it can be passed onto infants when there’s an active infection at the time of pregnancy, according to the Mayo Clinic.

Infections with the virus can commonly result in hearing loss for babies with congenital CMV passed on in the womb, according to the Centers for Disease Control and Prevention. About one in five congenital infections will result in long-term health problems, such as hearing loss, and if untreated the problems can progress from mild to severe during the first two years of life, a critical time for language learning. But antivirals can treat infants once infections are diagnosed.

“For people who have weakened immune systems, especially people who have had an organ, stem cell or bone marrow transplant, CMV infection can be fatal,” according to Mayo Clinic.

There’s no cure for the ailment but treatment can make for less severe ramifications.

Theresa Bulger with the Coalition heavily lobbied for the bill, Polsky said.

nextSunburn — The morning read of what’s hot in Florida politics — 4.7.22