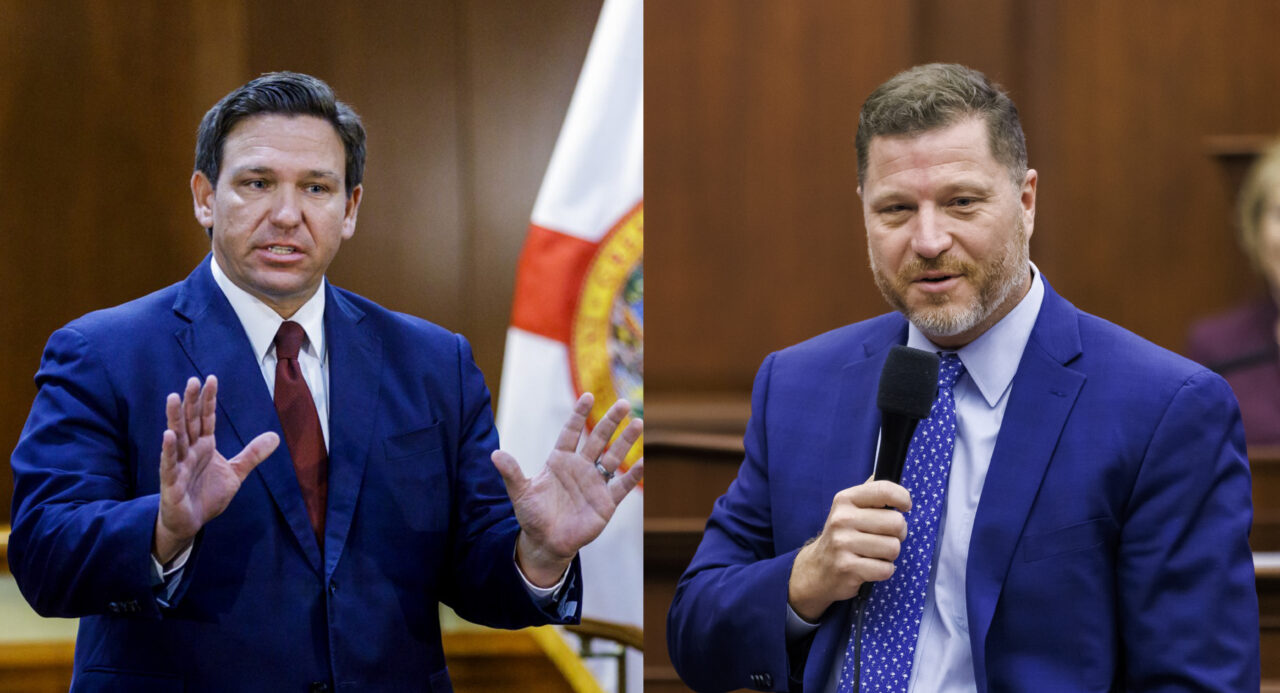 Is it too late for the St. Petersburg Republican to have a redemption arc?

Gov. Ron DeSantis says he wants lawmakers to reach a deal on property insurance, reigniting an issue the Legislature failed to agree on last month.

The Governor had previously encouraged the Legislature to take up property insurance legislation when they meet next week for a Special Session on redistricting. Brandes, a St. Petersburg Republican who for years has harped on rising insurance rates and the increasing number of insurers going insolvent, called for a Special Session on Wednesday dedicated to shoring up Florida’s tumultuous property insurance market.

“I absolutely support what Sen. Brandes is doing,” DeSantis said at a news conference Monday morning when asked about Brandes’ letter.

The Senate in early March passed a bill (SB 1728) intended to combat rising insurance rates. However, the proposal didn’t gain traction in the House, where Speaker Chris Sprowls remained skeptical that lawmakers should take a second stab at property insurance after passing a major property insurance change less than a year prior.

The legislation died on the 60th day of the Session in mid-March.

“I told him, let’s get the product together, and once we have something that will go, we’ve got to go,” DeSantis said.

“You’ve already seen different insurers go out,” he continued. “We need to have a vibrant market where people are able to get policies at an affordable rate.”

“It’s out of control. We’ve got to get our arms around it and have to solve it for our constituents,” Boyd said.

DeSantis did not yield the mic to Sprowls, a Palm Harbor Republican, to address property insurance. Legislative and community leaders had joined DeSantis at the Tampa news conference on fatherhood to support the Governor as he signed a child welfare bill spearheaded by Sprowls.

The Florida Insurance Guaranty Association (FIGA) in late February approved a 1.3% assessment on the premium cost of all policies sold in Florida, amounting to a $190 million assessment.

In the past year, four companies have declined to renew more than 120,000 policies, and two others have gone bankrupt. Other companies have received large rate hikes from state regulators. Citizens Property Insurance, whose annual rate increase is capped at 10%, also is taking on more policies — up to 800,000 — as the private market pulls out of some high-risk areas.

Insurers have cited spiking roof claims and litigation as the main culprits for their losses and subsequent rate hikes. In 2019, Florida had 8% of the nation’s property insurance policies, but 76% of the lawsuits.

“Florida’s private property insurance market has collapsed, and it is evident we must call a Special Session to address this dire situation,” Brandes wrote in his letter to Sprowls and Senate President Wilton Simpson. “With the 2022 hurricane season quickly approaching and an unstable market, the Legislature chose to leave homeowners exposed to a perfect storm of rising rates, limited coverage and diminishing options.”

Monday afternoon, after DeSantis’ news conference, Brandes tweeted that he has tallied enough support from lawmakers to submit a formal call for a Special Session. Lawmakers can call a Special Session if at least 20% of legislators submit a request and three-fifths of the House and Senate agree.

Nearly two dozen House Democrats have pledged their support. Brandes said a final count will be sent to the Department of State at 5 p.m.

Brandes, who has served in the Legislature since 2010 and the Senate since 2012, has reached his term limit and isn’t eligible for re-election in November.

The Senator has increasingly bucked the party line in recent years, including on GOP priorities like election law, the anti-riot bill and the parental rights in education bill. Brandes was absent from an event last year as DeSantis signed a COVID-19 liability bill he had sponsored. Simpson ultimately removed Brandes as Chairman of the Senate Judiciary Committee last year following his multiple feuds with leadership.

DeSantis’ endorsement of Brandes’ call on Monday could mark a moment of redemption for the Senate maverick.

“I thank him for what he’s doing. I think we will get there,” DeSantis said.

previousDiagnosis for 4.11.22: Checking the pulse of Florida health care news and policy