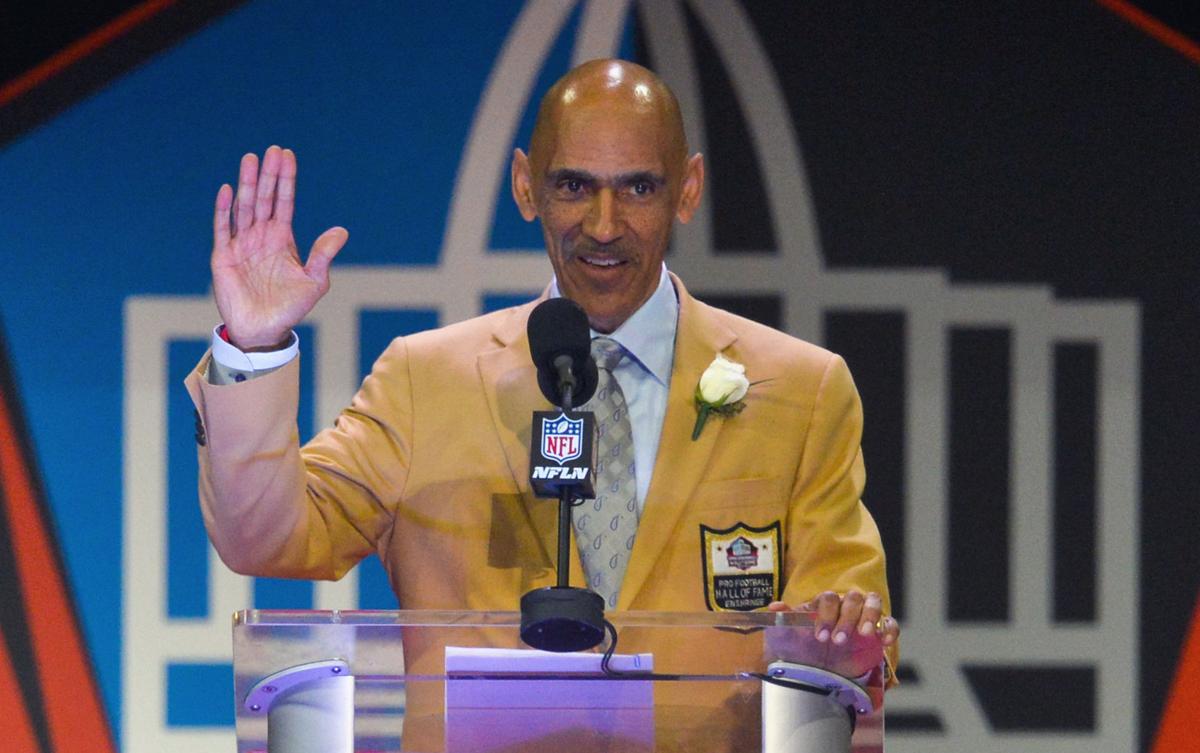 In covering politics, one learns never to be surprised — except, well, I’m surprised, and it’s quite possible I have a headache.

On Monday, Tony Dungy appeared at an event in Tampa to support the $70 million Responsible Fatherhood initiative. House Speaker Chris Sprowls championed the bill, and Gov. Ron DeSantis signed it into law.

This bill passed unanimously in both chambers in a Legislative Session noted for division and rancor.

In his brief remarks, Dungy emphasized the importance of fatherhood, particularly in the Black community.

“It really got driven home to me my first year here in Tampa when I got the job (as head coach of the Buccaneers). Legendary man here by the name of Abe Brown. Many of you know the name Abe Brown. He had a prison ministry. He wanted me to go with him, and I went on the first trip expecting to see grizzled, hard, tough older guys, and what I met were 19- and 20- and 21-year-old kids who looked like my boys.

“And I remember driving home from that trip and asking Reverend Brown, ‘How do those young boys get here?’ And he told me it’s not socioeconomic. It’s not racial. It’s not education — none of that. Ninety-five percent of these boys did not grow up with their dad. And that hit me.”

So, why did so many liberals lose their cookies over this?

Professional sourpuss/angry guy Keith Olbermann tweeted that Dungy is “a fascist political prop” after seeing the video of Dungy standing near DeSantis during the Governor’s remarks.

Someone else tweeted, “Just lost all respect for Dungy.”

Are you kidding me? Dungy was on the stage because of the respect he commands, and to say otherwise is just wrong.

My guess is that the people criticizing Dungy for this don’t know what’s in the bill and won’t bother to find out. They value retweets and likes more than facts.

The bill sets aside $60.2 million for programs to encourage fathers to be present in the home or provide male role models and mentors for at-risk youth, especially boys.

About half of that money will go to nonprofits to expand mentorship programs, projects that “address the comprehensive needs of fathers,” and parenting education for new fathers.

There’s money for kids who age out of foster care to receive education and training. At my United Methodist church, we assist foster families with clothing, gift cards, and personal supplies. The demand for help grew quickly to levels we couldn’t have imagined, but that just shows the scope of the problem.

Dungy has long been a strong voice for responsible fatherhood and has worked with the Black community to break the cycle that ruins many lives. He doesn’t win ’em all — no one does — but at least he’s in the game for the right reasons.

I’ve never found Dungy to be anything other than ethical, consistent and grounded. His faith is deep and genuine, and it drives him to be a force for good.

Dungy noted on Twitter, “14 yrs ago Pres Obama said the same things almost verbatim. I’m assuming people were outraged at him too. I am serving the Lord, so I’ll keep supporting dads and families.”

This bill won’t be the magic solution for everyone, but it’s a good start toward doing something about a long-term problem. Education and responsible fatherhood are good, and maybe this will help.

Tony Dungy is good, and I’ll leave you with this thought.

The world would be a far better place with more Dungys and fewer Keith Olbermanns.