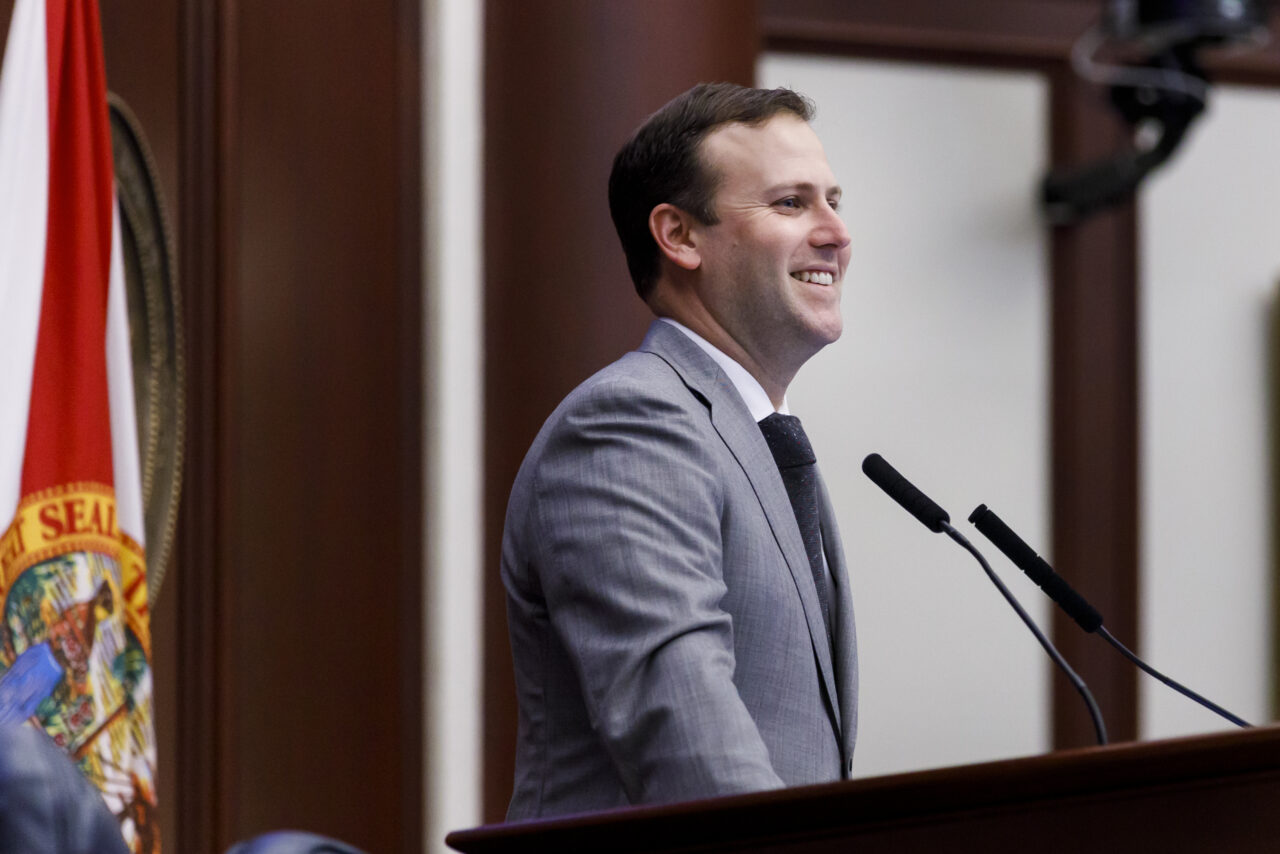 Sprowls has been joined by thought leaders in business, education, environmental and cultural issues.

This week, House Speaker Chris Sprowls wrapped up the inaugural season of his podcast, “Read, White, & Blue,” where he hosts conversations with authors who have helped shape Florida’s public policy and his worldview.

Over the last two months, Sprowls has been joined by thought leaders in business, education, environmental and cultural issues to discuss their bestselling ideas. Here’s a summary of the eight-episode Season 1.

— From High School Dropout to Harvard Grad | Guest: Todd Rose (End of Average): Sprowls dives into Rose’s story from dropping out of high school to graduating from Harvard and how his theories on how individualism in education ending “average” results helped inspire some of the Speaker’s landmark workforce revamp legislation for Florida.

— Run Toward the Roar | Guest: Mark Batterson (Win the Day): From getting in shape to getting out of debt to planting a church, achieving God-sized dreams starts with daily habits and building endurance. Sprowls and Batterson discuss how “running toward the roar” and embracing adversity lead to opportunities for greatness in faith, family and policymaking.

— Escaping the Echo Chamber | Guest: Amanda Ripley (High Conflict): Sprowls and Ripley explore how conflicts of opposite extremes distort the reality that lies somewhere in the middle of most situations. In a culture that rewards polarization, politicians and journalists alike could stand to escape the echo chamber of our own perspectives.

— Solving the Perfect Murder | Guest: David Mearns (The Shipwreck Hunter): Shortly after the discovery of Sir Ernest Shackleton‘s Endurance, Sprowls and Mearns discuss some of his fascinating shipwreck discoveries, the importance of picking the right team, and how and why the Florida House invested in ocean exploration and marine science.

— If These Waters Could Talk | Guest: Dr. Jack E. Davis (The Gulf): Sprowls and Davis talk about their shared optimism for Florida’s future thanks to the Florida Legislature’s efforts toward coastline restoration and resiliency. Davis also previews his newest book, “The Bald Eagle,” which tells the story of the heroic repopulation of bald eagles in the Southern United States in the 1980s and Florida’s unique role in that effort. In this episode, he pitches an idea to celebrate Florida’s bald eagles that made it into this year’s budget.

— It Takes a Man to be a Dad | Guest: Dr. Warren Farrell (The Boy Crisis): Sprowls and Farrell dig into the research behind the importance of having two involved parents for many societal outcomes and what community groups and the Florida Legislature are doing to reclaim responsible fatherhood for future generations.

— Words Matter | Guest: Michael Knowles (Speechless): Knowles joins Sprowls to discuss how definitions and facts are foundational to moral standards and dive into how the media manipulated words to distort the truth about Florida’s Parental Rights in Education Bill, dubbed by opponents as the “Don’t Say Gay” bill.

The eighth and final episode of Season 1 this week featured an in-deptih discussion with Gilbert King, author of the Pulitzer-prize winning novel “Devil in the Grove.” Sprowls and King discuss how the book brought awareness to the false accusations and miscarriage of justice against the Groveland Four and the role it played in the Florida Legislature’s decision to pursue their long overdue pardon and exoneration in 2017.

Listeners can expect Season 2 to be released sometime this summer. It will feature conversations with authors such as Vivek Ramaswamy, who penned “Woke Inc.,” already in the queue.