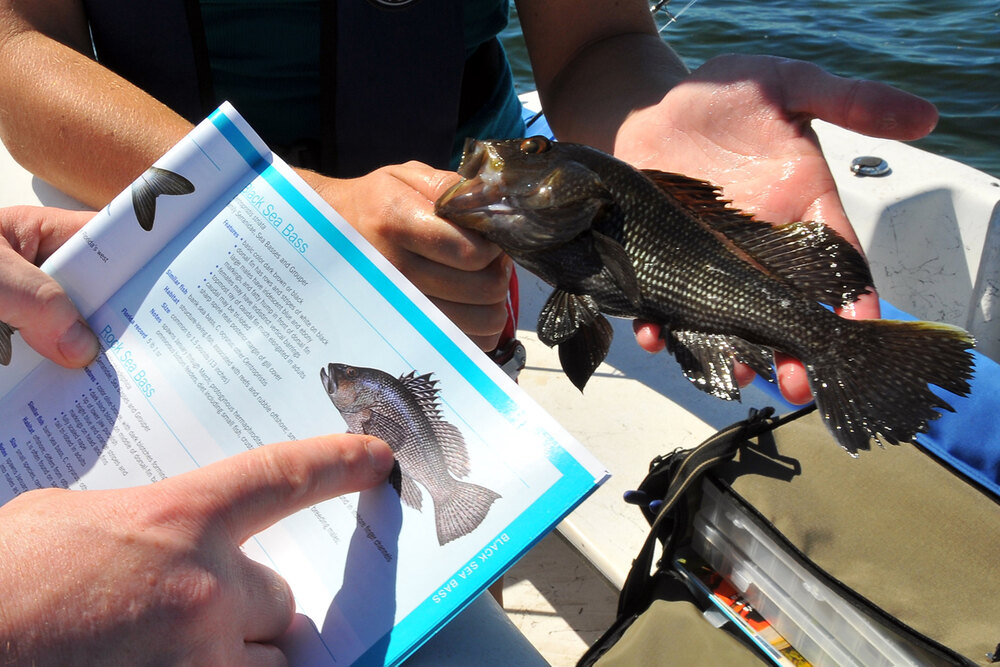 Like any modern wildlife management problem, habitat loss is also a suspected factor.

Sometimes it seems everything in the South Atlantic fisheries comes back to red snapper, and that theme carried as the Snapper-Grouper Advisory Panel of the South Atlantic Fishery Management Council (SAFMC) met this week to talk black sea bass.

The Council has responsibility for managing fisheries in federal waters from North Carolina through the Florida Keys.

The panel’s performance report update on the black sea bass fishery showed there wasn’t much to report from Northeast Florida — or most of the South Atlantic — where the fish was once available. The meeting was held in North Charleston, South Carolina, but was also streamed online.

“If there’s ever been a fishery that’s been impacted by climate change, to me in my area, there’s not been one more so than this,” said Jack Cox Jr., a commercial fisher out of North Carolina.

“I’ve been participating in the fishery for a long time, and it seems that we don’t have the cold waters that we had to keep the fish around as long as we used to. I know, working in a fish house that packed a lot of trawl fish up the mid-Atlantic, they’ve got a really robust stock assessment about eight or 10 years ago and I think a lot of our fish have moved further north.”

“I’m a black sea bass pot fisherman, or at least I used to be,” Hull said. “I had fished recently, this winter, and participated in the ropeless gear experiment with it. We caught a few fish, but it’s just like it’s been for the last couple years, and we have cameras on there, and what you do see is red snapper. Everywhere.

“The bigger bass will swim with them, but that, with climate change — the ocean’s changing. In my area, it’s not worth going. I know up to the north in the Carolinas, they are still catching some fish. But in my area, no.”

Recreational for-hire vessels in Northeast Florida aren’t messing with black sea bass either, he later added, because the fish are simply not there.

Before the red snapper fishery closure, there was an abundance of black sea bass in the South Atlantic, South Carolina recreational fisher Harry Morales said in a letter to the rest of the panel.

“Catching 20-plus per fisherman was common, with sizes from 6 inches to 17 inches,” Morales wrote. He sent the letter because he was unable to attend the meetings.

Like any modern wildlife management problem, habitat loss is also a suspected factor.

“We used to do some crabbing in the fall of the year and catch a lot of juvenile sea bass and gag groupers and stuff, and we’ve lost half of our salt marshes and estuaries due to the construction of new homes and bulkheads and marinas,” Cox said. “I don’t know, I’m not a scientist, but I feel like that takes a toll on some of these species.”

previousWhat happens in the post-mask world of travel?

nextSunburn — The morning read of what’s hot in Florida politics — 4.20.22