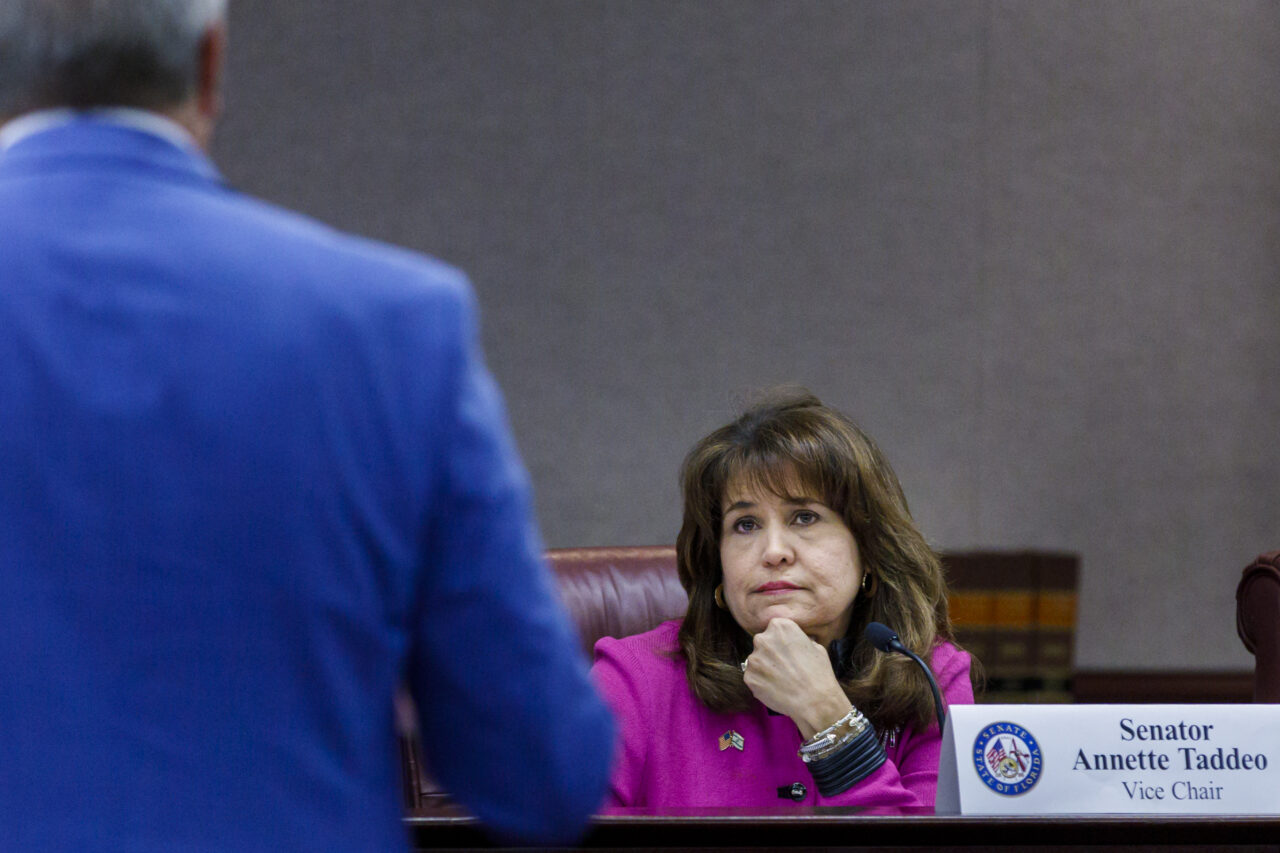 'This is an unprecedented abdication of our duties as an elected body.'

State Sen. Annette Taddeo of Miami-Dade said Tuesday that she’ll be boycotting the Special Session that launches this afternoon Tuesday in the House and Senate.

“It’s a decision I do not take lightly,” Taddeo said in a letter Tuesday to Senate President Wilton Simpson. A Democrat, Taddeo also is a 2022 gubernatorial candidate in the Primary.

“In fact, it is precisely because I took that oath that I am refusing to participate,” Taddeo said. “I will not legitimize the Florida Legislature’s decision to surrender its authority as a separate but equal branch of government to Gov. DeSantis on the matter of redistricting by participating in this sham special session. This is an unprecedented abdication of our duties as an elected body.”

Earlier, several other Senators decided to participate in the session related to DeSantis’ congressional maps.

But this morning, Ron DeSantis expanded the Session to include special districts, including the one that gives The Walt Disney Co. governing authority over the parks and other developments it operates in Central Florida.

The Florida Phoenix wrote that the move would make good on threats by DeSantis and legislative Republicans to punish Disney for opposing Florida’s so-called “Don’t Say Gay” law, which prohibits classroom instruction of sexual orientation or gender identity in grades K-3 or in a manner that is not “age-appropriate.” The law itself is titled “Parental Rights in Education.”

Whether Taddeo would participate in that part of the session — about Disney — is not clear.

In the House, Democrat Kevin Chambliss, of Miami-Dade said he will not attend the Special Session on congressional maps because of the recent birth of his daughter.

“After consulting my wife and our doctor, I believe that I am most needed here with her, Kayla, and the rest of our children as my wife recovers from her surgery and Kayla navigates this new world,” he said in a news release.

“While I will not be there in person, I will be using my voice via social media to express my sincerest disappointment with the Governor’s proposed Congressional Map. His involvement in this process is inappropriate and the map that he has presented is unconstitutional. The proposed districts in Central and North Florida, radically different than the current map, cannot be allowed to stand. This attempted redrawing of Florida’s Congressional districts disenfranchises Black and Brown voices in the electoral process. Although I am disappointed, I am more than confident that my colleagues in Tallahassee will fight this plan and expose the flaws in the Governor’s plan and the Legislature’s decision to let him make all the decisions.”