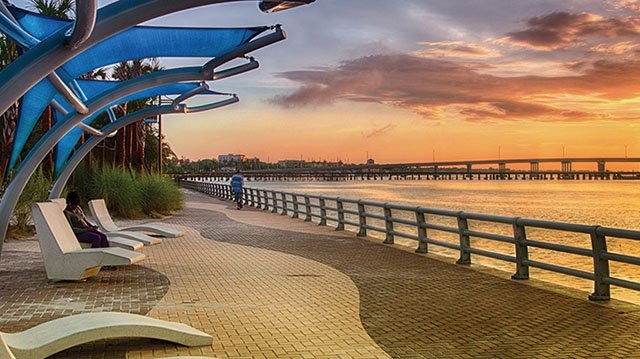 A congressional map hasn’t quite passed the Florida Legislature, but it’s already causing speculation within Southwest Florida. A potential issue still spurring amusement is the prospect of who runs in the proposed Florida’s 17th Congressional District and what dominoes could fall as a result.

Both U.S. Reps. Vern Buchanan, a Longboat Republican, and Greg Steube, a Sarasota Republican, live in the district. Close observers of the race suspect a GOP Primary between two popular lawmakers to be unlikely. But there are already other candidates in the area exploring the possibility of running in an open seat in the region.

Under the existing maps, Buchanan represents Florida’s 16th Congressional District, which covers north Sarasota County. Steube represents the south end of the county in the current CD 17. Many sources in Tallahassee have figured Buchanan would stay in the new CD 16, which covers Manatee County where the bulk of his constituency lives, while Steube took over the new Sarasota-based CD 17, which includes Charlotte County and Lee County — areas he already represents now.

But Buchanan has long represented Sarasota, while Steube previously represented Manatee in the Florida House. Steube also has the option of running for the rural seat in Florida’s18th Congressional District as proposed. Both live in the proposed CD 17— and both are considering runs there.

A Club For Growth endorsement of Steube issued on Wednesday notably listed his candidacy for CD 17. It’s not unusual with redistricting still unsettled for national groups to endorse incumbents and identify them in their current district. Still, that only whet the hunger of regional politicos wondering what happens next.

Update: Steube has filed for re-election in CD 17.

However unlikely, the mere prospect of an open congressional seat has some salivating.

Should it open up, state Sen. Joe Gruters, the Chairman of the Republican Party of Florida, would likely announce a run for a Manatee seat in CD 16 immediately. He previously represented Manatee County in the Florida House, so he’s a known name still. He brings a statewide network of financial resources. He also co-chaired former President Donald Trump’s Florida campaign in 2016, so procuring an endorsement from the loudest voice in GOP Primaries would likely happen immediately.

Other candidates in the mix include state Rep. Tommy Gregory, one of only seven Republican members who supported Gov. Ron DeSantis’ map over the Legislature’s proposals during the Legislative Session.

DeSantis has since vetoed the maps and the House is expected to pass the Governor’s preferred maps on Thursday. Many speculated Gregory saw promise in the Manatee seat. He also adopted DeSantis’ view on how the equal protection clause applied with federal seats. It’s possible he could be rewarded with the backing of the Governor in a race for higher office.

House leadership notably pulled state Rep. Mike Beltran, a Lithia Republican, from a House Congressional Redistricting Subcommittee during Session out of concern he could support the Governor’s map over the Legislature’s because it created a Manatee and South Hillsborough seat. He’s announced plans to move to a new state House district if he seeks re-election, but running for Congress wouldn’t require relocation. Like Gregory, he also voted against the Legislature’s map.

And then there’s former Senate President Bill Galvano. He hasn’t served in the Legislature for two years but was celebrated as a champion of Manatee while he served. He also founded the Bay Area Legislative Delegation and so holds some clout throughout the region. While he could face resistance from the gun lobby, who was unhappy for his role in the Parkland bill, he’d be a well-resourced and formidable candidate, and one considering a run if an opening appears.

Of course, in the case of sitting lawmakers, candidacies for higher office would create vacancies in the Legislature where none are expected this cycle.

That means in addition to the prospect of a Buchanan-Steube Primary, which would instantly become one of Florida’s largest races, there could also be open contests in three state legislative districts or more.