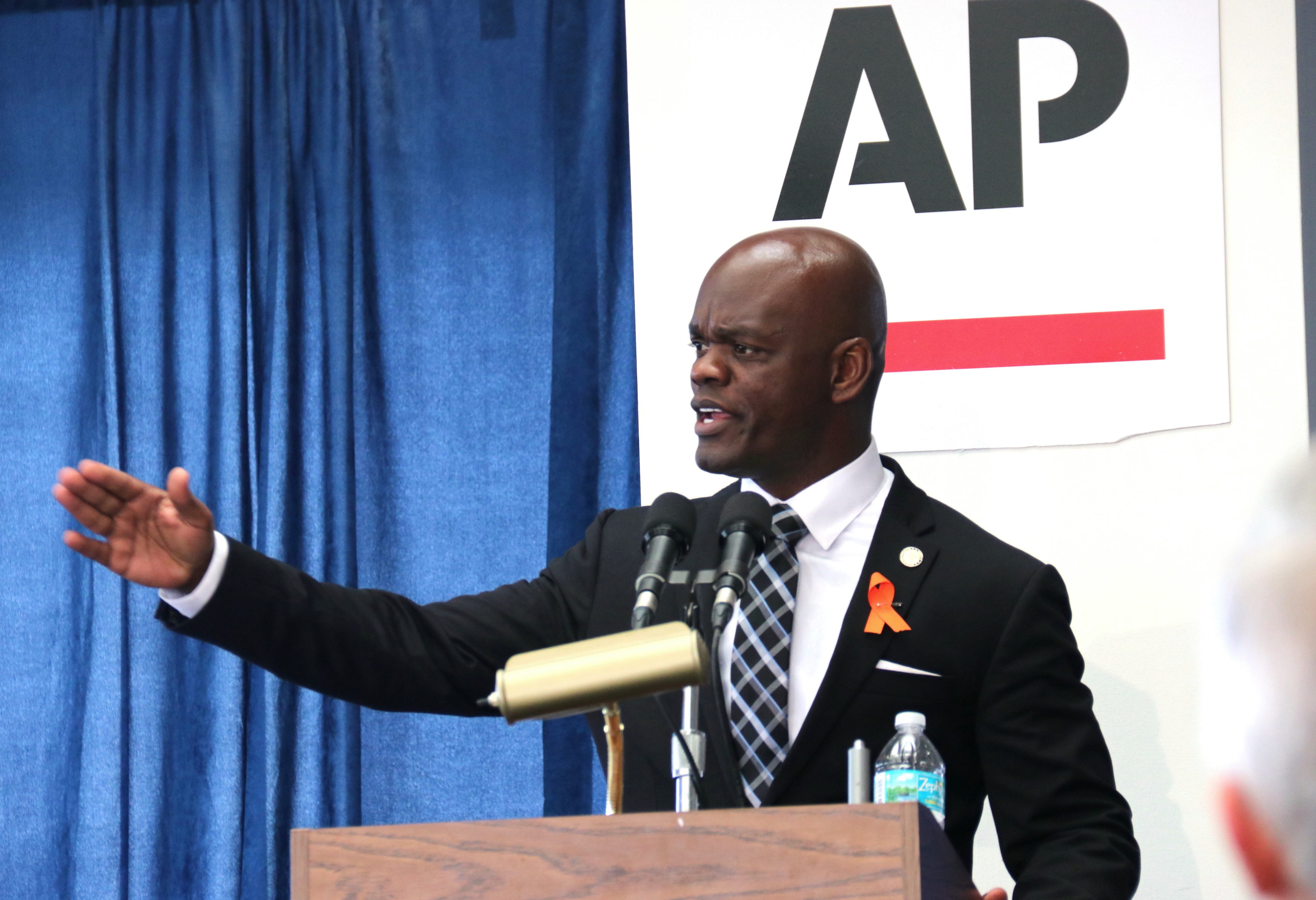 ‘The time to take bold action is now.’

As home prices and rents continue to soar, elected leaders in Miami-Dade County are working on solutions to incentivize affordability.

This week, Commissioner Kionne McGhee announced plans for legislation establishing a to-be-named pilot program that would span the next decade.

The proposed program would grant tax breaks to property owners for each unit of affordable housing they provide. It would also allow limited exemptions for impact fees builders normally must pay to offset costs associated with increased traffic around new developments.

“The time to take bold action is now,” McGhee said in an open letter to county officials. “(We) must take steps we have never taken before; use ideas that we have never pursued; and accomplish them in a manner where both the public and private sector can foster the rapid creation of affordable workforce housing units throughout the county.”

Last month, McGhee filed a resolution calling for a study of the county’s current housing affordability problem — specifically, whether it is “so grave as to constitute a serious menace to the general public” that it merits local rent controls.

The county’s Public Housing and Community Services Committee gave the item a preliminary OK March 10. More than a month later, it has yet to reach a hearing before the full Commission.

Florida law bars local governments from imposing price controls on lawful businesses that are not under government contract. That includes mandated rent controls.

All attempts to repeal the state’s prohibition on rent controls have failed. Sen. Victor Torres carried one such bill (SB 580) in the 2022 Legislative Session. Neither it nor its House companion (HB 6017) by Rep. Anna Eskamani, a fellow Orlando Democrat, received a single committee hearing.

There is, however, an exception to the state law. Rent controls are allowed when price controls are “necessary and proper” to eliminate a “housing emergency.”

On April 8, Miami-Dade Mayor Daniella Levine Cava declared a countywide affordability crisis and announced a $13.4 million allocation to the county’ emergency rental assistance program. The money will go toward creating a new Building Blocks Program, which will pay up to $3,000 a month to those behind on rent.

For tenants whose landlords raise rents by up to 20%, the county will cover the full increase for three months. In cases of price hike higher than that, the county will pay a portion of that increase.

Levine Cava last month doubled to 60 days the required notice landlords must give tenants whose rents they plan to increase by 5% or more.

“My administration is working tirelessly to find solutions to make housing affordable for all residents, including alternative funding options for developers, incentivizing more sustainable construction and making it easier to build in our county,” Levine Cava said, adding that she and Mayors from the county’s 34 municipalities will collaborate on further solutions. “We will continue working until we are confident that all of our residents have access to affordable, quality and secure housing.”

Some landlords see the added safeguards for renters as just the latest they’ve had to take in a series of governmental slights in the last two years. Shortly after COVID-19 struck, Gov. Ron DeSantis issued an executive order blocking landlords from evicting tenants who were adversely impacted by the pandemic for rent nonpayment.

That eviction moratorium, which lasted well over a year, and others like it across the U.S. resulted in more than 15 million people nationwide owing as much as $20 billion to their landlords, according to the Aspen Institute.

Some landlords said they’d have to raise rents to compensate for lost income.

That change comes as prices for single-family homes in South Florida skyrocket, driving home sales down and pushing households that would otherwise become homeowners into an imbalanced rental market.

Meanwhile, the monthly supply of inventory plummeted by 31.3% for single-family homes and by 70% for townhomes and condos across all three counties.

“It simply can’t be (overstated) how much these low rates helped fuel housing demand during the pandemic,” O’Connor said.

Miami-Dade was already working to curb rising housing costs and rent prior to the arrival of COVID-19.

In early 2019, former Miami-Dade Commissioner Dennis Moss called for an “affordable housing summit” at which experts and policymakers could discuss and develop solutions.

“The cry-out is very loud,” he said at the time. “We have an unlimited need but very limited … space.”

A summit occurred that October and originally targeted creating 10,000 new affordable and workforce housing units within a year. It ultimately identified some 14,000 of those units in one form of development or another.

Two months before, the U.S. Department of Housing and Urban Development approved a countywide portfolio application to add public, affordable and workforce housing in Miami-Dade over the next two decades through the federal Rental Assistance Demonstration Program.

Michael Liu, director of the Miami-Dade Department of Public Housing and Community Development, said the county expected to receive about $223 million for nine initial projects. He estimated the county could get upwards of $2 billion through the duration of the program.

County spokesperson Annette Molina said 6,426 public housing units would be transformed under the RAD program. Another 6,000 to 10,000 affordable or workforce units would also be built using a “mixed-income development approach of underutilized properties.”

Rep. Carlos Giménez, then county Mayor, said those figures were conservative considering the county’s public housing was on “under-zoned” land.

This February, Liu told Commissioners affordable and workforce housing is in development, on average, at a rate of about 10,000 to 15,000 units yearly. There’s still a need for more, he added.

That’s an understatement, according to Commissioner Danielle Cohen Higgins, who on March 31 filed a resolution calling for an “affordable and workforce housing summit” in July to identify further fixes.

The item cites a projection by the Miami-Dade Department of Regulatory and Economic Resources that the available capacity for new single-family housing units on buildable land in the county will be depleted by 2026.