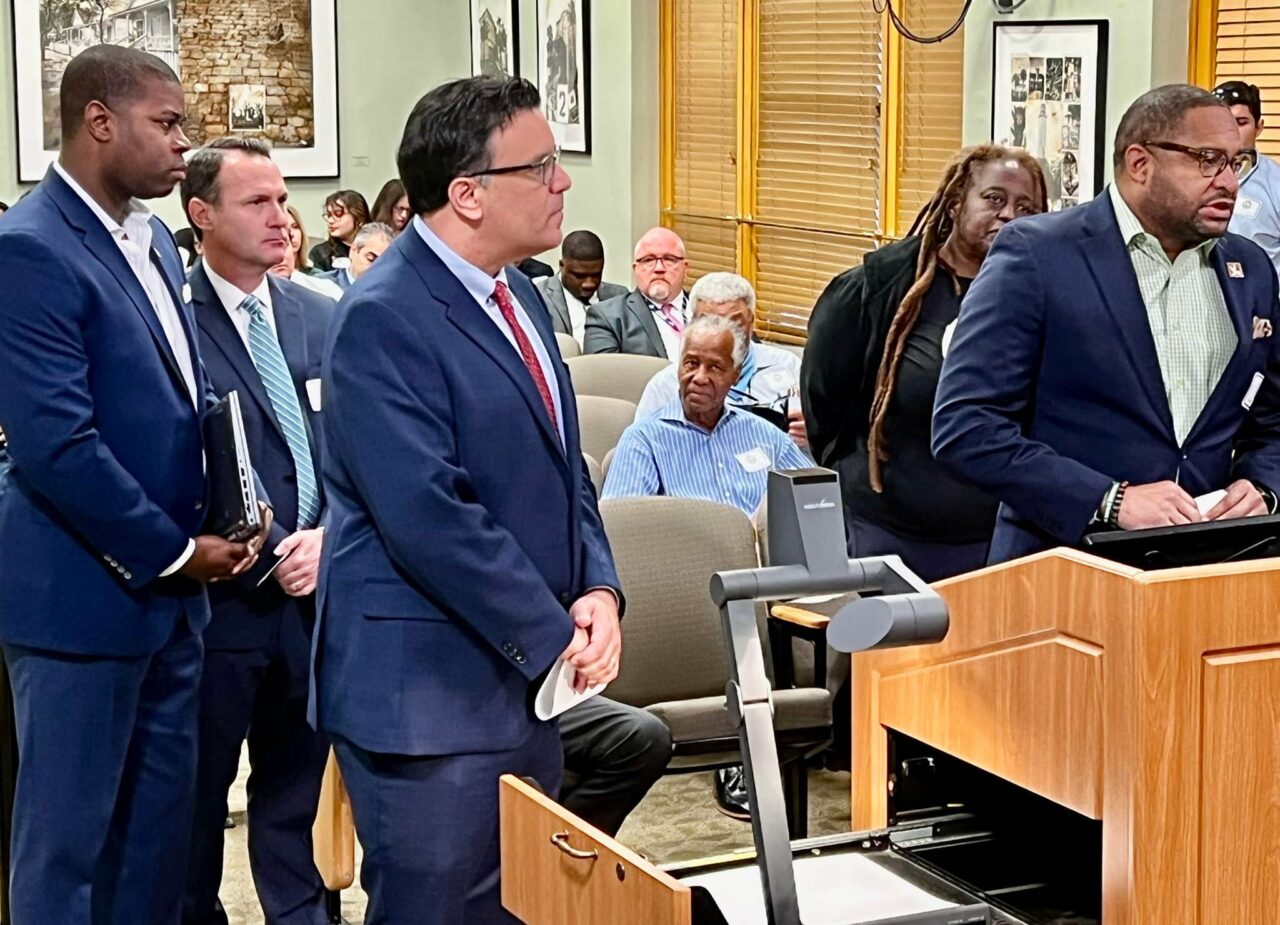 The city already incorporates similar practices in its own hiring.

“We want to make sure that contractors who ‘ban the box’ and hire returning citizens are given incentives and rewarded,” Council Member Luis Viera said. “That’s our starting base on this. That’s important.”

The measure, which passed unanimously, was one of three Viera put forth Thursday aimed at getting recently incarcerated individuals back to work. On average, more than 650,000 Americans are released from incarceration each year, according to the U.S. Department of Justice. And without jobs, nearly two-thirds become repeat offenders.

According to the Brookings Institute, “having a job … has been shown to reduce recidivism, and individuals are less likely to commit crimes when they have stable, full-time employment.”

“If somebody can get work who’s been impacted by the criminal legal system, not only do they benefit, their family benefits, the local businesses benefit, and our faith community benefits,” said Neil Volz of the Florida Rights Restoration Coalition.

“Ultimately we can increase and improve public safety so everyone benefits. We think that is an example and a foundation that can grow and ultimately lives can be changed and our community improved dramatically because of this effort.”

“I cannot overstate how important it is for us to think about the best public policy initiative that we can ever prescribe to someone is a good-paying job with some dignity,” said Nick Glover, Chamber President. “That’s what we are proposing.”

Under the ordinance, Tampa would evaluate contractors based on a points system, offering more points to those contractors that hire resident recently released from prison and “ban the box,” a movement to remove questions about past incarceration from employment applications.

Mayor Jane Castor’s Chief of Staff John Bennett said the city already is leading by example. Tampa has already banned the box in its hiring practices. Viera also successfully motioned for staff to return in August with a report on how many ex-felons are hired.

In a third measure, Viera got the city to commit $150,000 to match county funds in establishing an apprentice or training program for workers.

Bennett, a retired Tampa Police assistant chief, said he’s seen how employment can change someone and save them from the hopeless life of crime displayed by the titular unemployed anti-hero of Bruce Springsteen’s Johnny 99 from the Nebraska album.

Bennett said he once got a call that one of the worst offenders Tampa had ever seen was being released with no address after 25 years and would be dropped at a bus stop on North Florida Avenue, running parallel to Nebraska. Bennett called the Downtown Partnership and helped find him shelter and eventually a job.

“That guy, within several months, had his own job and had his own apartment,” Bennett said. “And he’s still working today.”

The Tampa City Council will vote on the ordinance July 14.