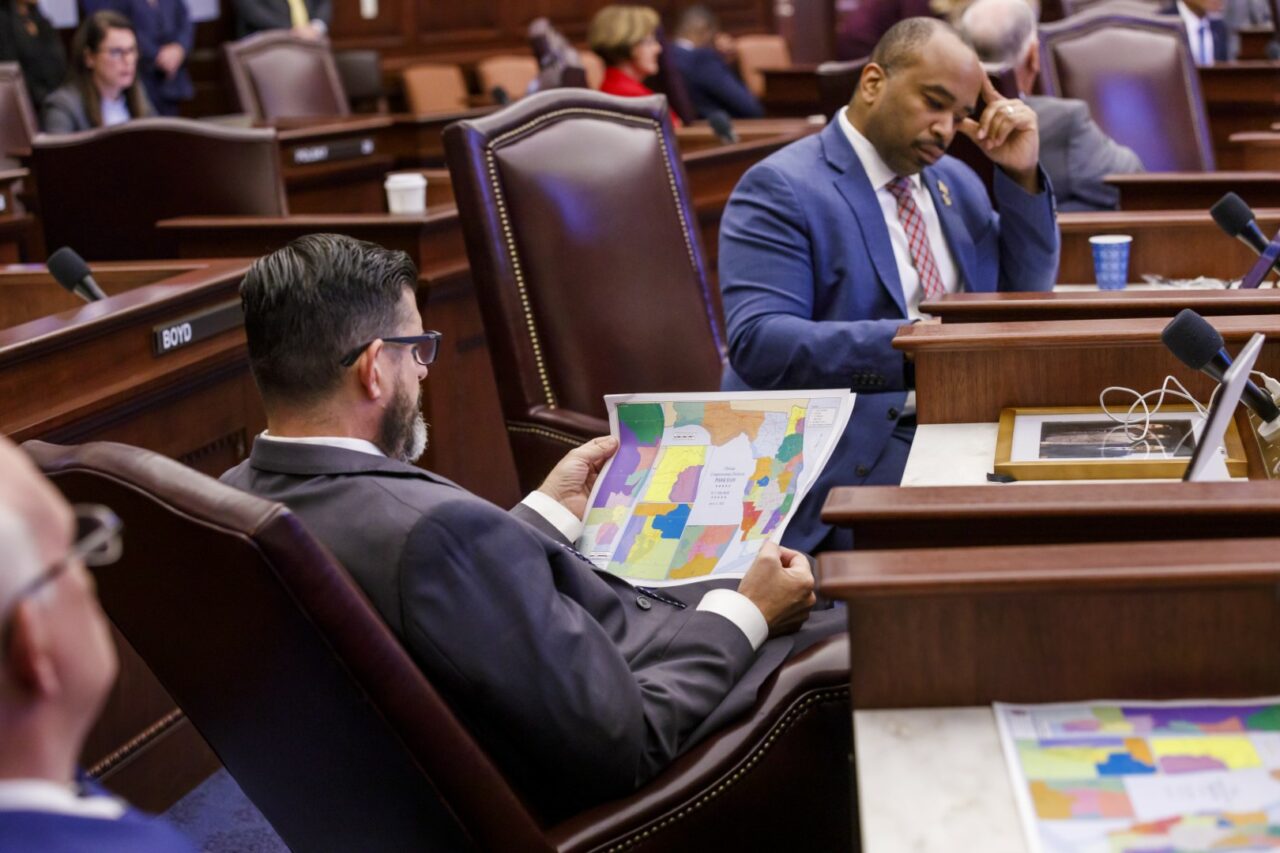 At a South Florida press conference, DeSantis said that he had signed the redistricting plan (P 0109) into law.

“We also did sign the congressional reapportionment in Tallahassee earlier today, so that’s going to be transmitted,” DeSantis said.

The signature makes Florida the 48th state to finish its redistricting process and brings to a close months of wrangling between DeSantis and the Legislature. The congressional cartography marks one of few points of serious friction between the Republican Governor and the GOP leaders in the Florida House and Senate.

The chief difference between products created by the Governor’s staff and that coming from the Legislature involved the treatment of minority-controlled seats. DeSantis publicly criticized the configuration of Florida’s 5th Congressional District, represented now by U.S. Rep. Al Lawson, a Tallahassee Democrat. At one point, he asked the Florida Supreme Court to weigh in early on whether that district violated the equal protection clause of the U.S. Constitution. The court declined to offer an opinion at that time.

The Legislature maintained that its redistricting process was bound by the Fair Districts amendment to the Florida Constitution, passed by voters in 2010. That prohibits redistricting that favors or disfavors a political party or candidate. It also bars the diminishment of minority communities’ ability to elect a congressional Representative of their choice.

Ultimately, the Legislature during the regular Session passed two maps. One (P 8019) attempted to address DeSantis’ concerns about a noncompact CD 5 by drafting a district contained in Duval County that would still likely elect a Black Democrat. Another (P 8015) preserved Lawson’s seat, similar to the existing configuration, in case courts threw the first map out.

The Legislature on Thursday approved the Governor’s map, but conducted a vote as Black lawmakers held a sit-in within the chamber, chanting as legislators cast their final votes.

The map makes a number of significant changes throughout the state.

First, the map includes 28 districts instead of the current 27, following the federal government apportioning a new House seat to Florida based on the 2020 Census.

The most talked about change comes, of course, in reconfiguring Lawson’s seat. The Jacksonville area gets divided into two Republican-leaning seats. Another change to the north, Florida’s 3rd Congressional District, represented by Republican U.S. Rep. Kat Cammack, shifts westward and borders the state line.

The map also reconfigures a seat Senate analysts considered a minority-performing district in the Orlando area. Florida’s 10th Congressional District, represented by Democratic U.S. Rep. Val Demings, sheds heavily Black areas on its west. And while it remains a district won by Biden, Black residents no longer make up a significant portion of the Democratic Primary voting pool.

Demings this year plans to challenge U.S. Sen. Marco Rubio for his seat, and the new map could significantly alter the Primary to succeed her in Congress.

For one, that’s where cartographers put the district that most view as Florida’s new seat. Florida’s 15th Congressional District houses much of northeast Hillsborough County, as well as south Pasco County and west Polk County. While U.S. Rep. Scott Franklin, a Lakeland Republican, may run there, most anticipate he will run in the more southern oriented Florida’s 18th Congressional District, which spans south to Hendry County. CD 15 leans Republican and has drawn a number of Republican contenders including state Rep. Jackie Toledo and former U.S. Rep. Dennis Ross.

The map also takes Florida’s 14th Congressional District and stretches it across Tampa Bay, a controversial change that seems disconnected from DeSantis’ arguments about the U.S. Constitution. That leaves a Democratic seat that covers Downtown Tampa and Downtown St. Pete, where U.S. Rep. Kathy Castor should easily win re-election.

But the map shifts Florida’s 13th Congressional District west and north, and takes it from a battleground won by Biden to a jurisdiction won by Trump. U.S. Rep. Charlie Crist, a St. Petersburg Democrat, isn’t running for re-election and instead is looking to challenge DeSantis in the Governor’s race. There are Primaries underway on the Democrat and Republican side to succeed him and the race looks much more challenging for Democrats under the new lines.

Minority advocates, funded by a foundation run by former Attorney General Eric Holder, sued Florida over the map on Friday, saying it clearly violates Fair Districts both for favoring the Republican Party and for diminishing Black voting power.

What will you get when you follow me on Twitter this week? How about riveting coverage like the following 28 snapshots of Florida's Congressional districts as proposed by @GovRonDeSantis ahead of the redistricting SpeshSesh.
Baseline district lines in red.