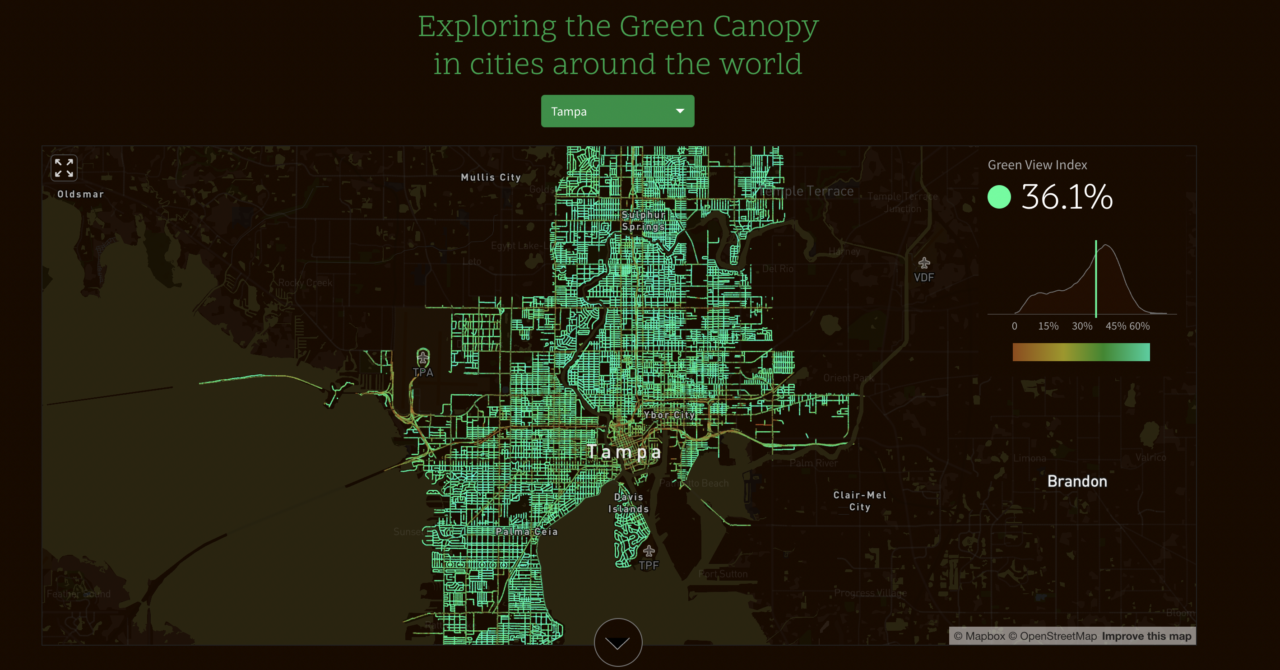 MIT researchers say the city's tree canopy is among the healthiest in major cities analyzed.

The city of Tampa is changing things up a bit for its fourth quinquennial tree canopy study by inviting residents to participate this time around.

Tampa residents are being asked to participate in a confidential survey to find out how residents care for and experience trees in one of the world’s largest urban forests.

“We are interested in what you think about the trees in your neighborhood and the city of Tampa’s plans to maintain trees across the area,” said Rebecca Zarger, a University of South Florida faculty member in the Department of Anthropology. “Participating in our tree survey means your experiences will inform future plans for our urban forest.”

The resident component is a new addition to the study that analyzes Tampa’s massive tree canopy. The study, a joint venture with the University of South Florida, looks at “overall canopy coverage, reports any changes, provides a detailed description of the forest structure and composition, and estimates the economic and ecological values of the city of Tampa’s urban forest,” according to city staff.

“The canopy fluctuates, and this year it will be really interesting to see what the number is in terms of an increase or a decrease,” said Brian Knox, Tampa’s senior forester examiner.

Knox said he expects a continued decline. A 2019 state law preempted the city’s ability to regulate tree removal and an uptick in development is often accompanied by a loss of mature shade trees.

But Knox could be in for a surprise. Researchers at the MIT Senseable City Lab analyzed tree coverage in 27 cities around the world and found Tampa’s current coverage to be around 36%, which is the highest of any city studied. Comparatively, Boston has 18.3% and New York 13.5%. Miami has 19.4%.

“Tampa’s lush tree canopy is not only beautiful, but it also provides a variety of ecological, environmental, economic, health, and safety benefits to improve our quality of lives,” Mayor Jane Castor said. “However, it is threatened, and this study is imperative in documenting current conditions and areas we need to focus on. As we Transform Tampa’s Tomorrow, we must ensure our tree canopy remains healthy and expansive and our residents stay engaged in the process.”

Residents can participate in the tree canopy survey online here.