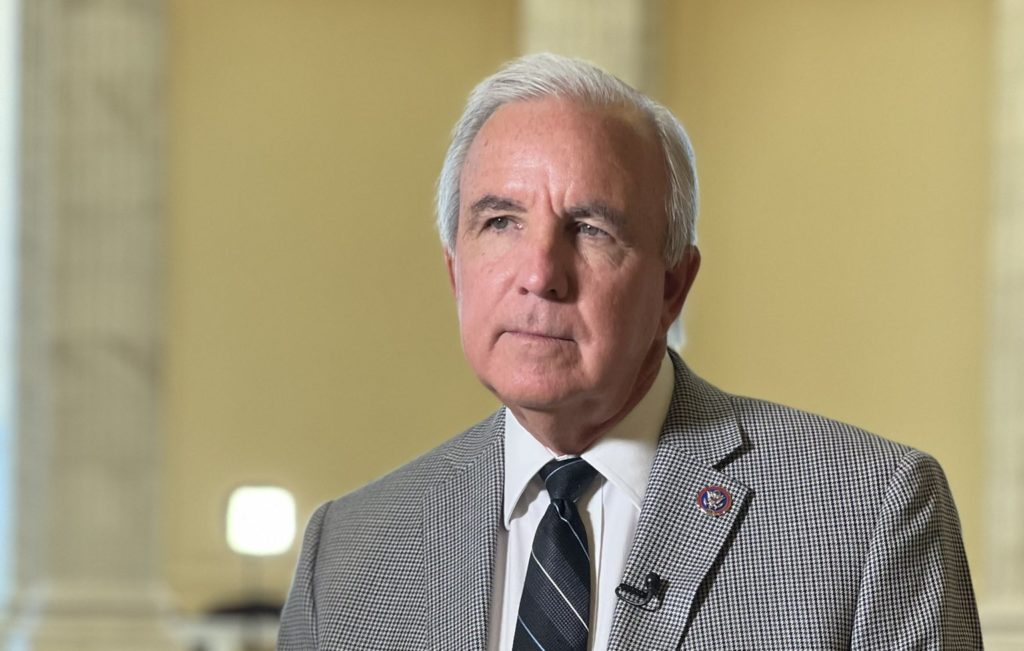 U.S. Rep. Carlos Giménez enjoyed the support of unions, business associations and a multitude of his fellow Republicans while raising more than $260,000 in the first quarter of 2022 to defend his seat in Congress.

By the end of last month, the former Miami-Dade County Mayor had more than $1.2 million to fend off three challengers with significantly shallower pockets, according to his filings with the Federal Elections Commission.

Some 90 people gave to Giménez between Jan. 1 and March 31, with donations ranging from $15 to $5,800 — the upper limit of what candidates can accept from individual donors, equal to $2,900 each for the Primary and General elections.

Giménez’s largest Q1 contribution was a nearly $15,000 transfer from a joint fundraising committee to which he is party.

Many trade groups and labor organizations chipped in. Giménez, a former chief of the Miami Fire Department, received $5,000 from the International Assn of Firefighters. The National Electrical Contractors Association gave the same.

Build PAC, the lobbying arm of the National Association of Home Builders, donated $3,500. The Independent Insurance Agents and Brokers of America gave $3,000.

More than 20 of Giménez’s GOP compatriots in Congress gave to his campaign through associated leadership political action committees.

Mario Díaz-Balart, who has represented Florida’s 25th Congressional District for 20 years, gave $2,000 through Maintaining All Republicans in Office PAC, as did U.S. Rep. French Hill of Arkansas through In the Arena PAC.

Jay Collins, a who is running in Florida’s 14th Congressional District, gave $1,500.

From the utility and energy sector, Giménez received $5,000 from The Williams Companies Inc., a Tula-based energy company, and $2,500 from Florida Power and Light parent NextEra Energy.

Other contributions included $2,000 from Comcast/NBCUniversal and $1,000 from Gridiron PAC, the lobbying arm of the NFL.

His first-quarter spending came in just under $112,000. The preponderance of that went to consulting companies.

The Theodore Company in Virginia received more than $16,000 for “fundraising consulting.” A.M. Strategies in Tampa got $10,000 for “strategy consulting.”

Convert Digital, also in Virginia, took $9,000 for “digital consulting.” Professional Data Services in Georgia got more than $8,000 for “compliance consulting.”

His most well-funded opponent, Jeremiah Schaffer, appeared to take all of 2022’s first quarter off. Schaffer neither raised nor spent a cent.

Schaffer is a U.S. Navy veteran and current contractor working on military aircraft, according to his campaign website.

Ruth Swanson, the only woman in the race, is an English-language teacher to overseas students. She’s lived in Miami since 2020, having previously lived in China and witnessing the Uyghur genocide, according to an interview she gave in November.

During that interview, Swanson said she was inspired to get involved in politics following the 2020 Election, which she described as “a thrown election” caused by “corruption,” adding: “One of the things that I had realized from living in China is you can’t trust your electronics, and a lot of what I had been doing before was social media activism.”

Swanson raised about $8,000 through March 31. More than $5,000 of that was self-loaned. The remainder came from someone named Roger Swanson.

She spent more than $4,000. About half of that was for office space. Another $175 went to Project Veritas, an American far-right activist group that secretly records people and publishes deceptively edited video exposés of Democratic officials and media personnel.

Swanson’s ledger also includes a $60 expenditure on “Systematic Deception,” a documentary framing Democrats as a party oppressive to Black Americans.

The remainder of her spending was for web services, transportation, lodging, phone bills, postage, campaign materials and banking.

The fourth Republican candidate in the race, K.W. Miller, filed to run April 15 and has yet to file a campaign finance report.

In 2020, during his run as a no-party candidate for Florida’s 18th Congressional District, he went viral on Twitter for multiple posts about Beyoncé, Patti LaBelle and George Soros.
“Beyoncé is not even African American. She is faking this for exposure,” one tweet said. “Her real name is Ann Marie Lastrassi. She is Italian. This is all part of the Soros Deep State agenda for the Black Lives Matter Movement. BEYONCÉ YOU ARE ON NOTICE.”

In other tweet, he called Beyoncé a “Marxist Deep State Operative who has no place in American pop culture,” LaBelle “another Illuminati globalist puppet.”

Later, he inquired as to what LaBelle knew about a “secret plan to reinstall Barack Obama as POTUS.”

For now, Giménez represents CD 26, which covers all of Monroe County and southwest Miami-Dade, has alternated blue and red since it was created in 2013 to reflect the 2010 Census.

Democrat Joe Garcia held the seat until 2015, when Republican Carlos Curbelo defeated him. Then Democrat Debbie Mucarsel-Powell unseated Curbelo in 2019. She lost to Giménez in November 2020 by 3.4 percentage points.

Based on a redistricting map by Gov. Ron DeSantis that the Legislature passed this month, the district will be renumbered to Florida’s 28th Congressional District while covering generally the same area.