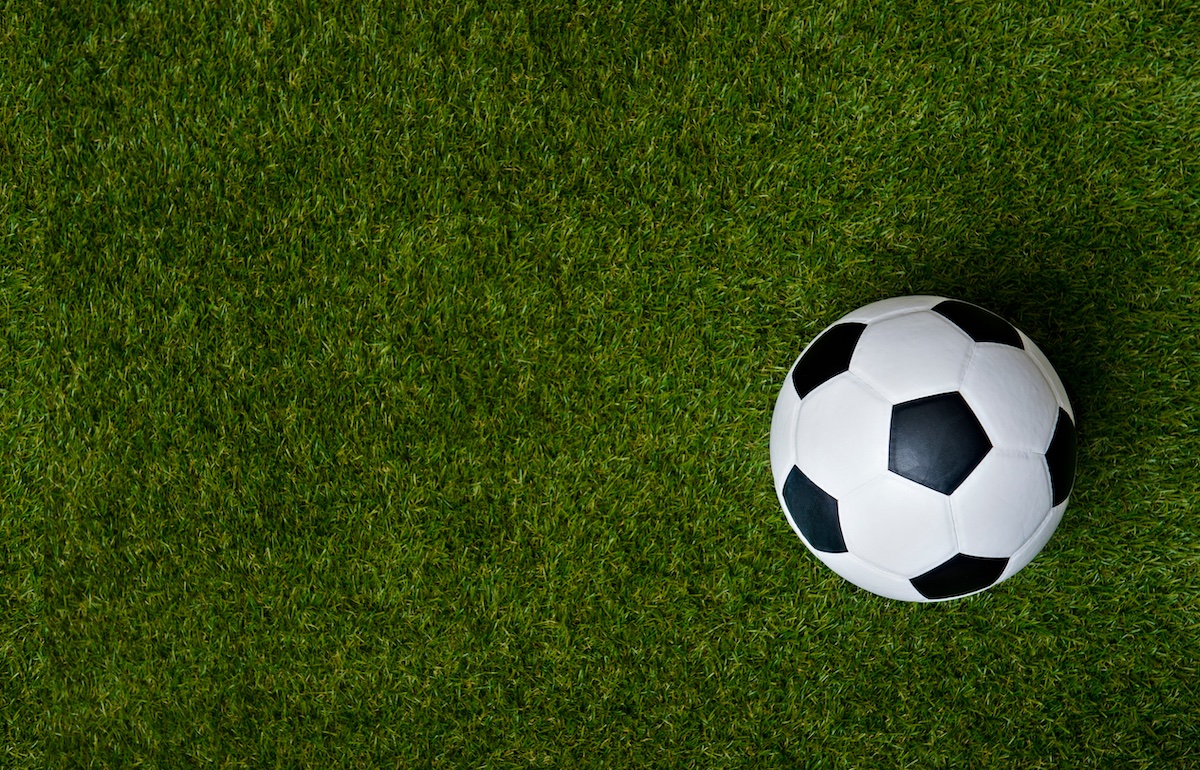 'Tony was not a fit for the University of Florida.'

The new soccer coach for the University of Florida is leaving under pressure after its worst-ever season, the school said Wednesday. The decision came amid unprecedented numbers of players leaving the program after his hiring and complaints by athletes who said he pressured them about eating habits and their bodies.

Florida’s athletic director, Scott Stricklin, notified players of the decision regarding coach Tony Amato after only one season in a private meeting Wednesday. That came just before Stricklin and Amato were scheduled to discuss the complaints in separate one-on-one media interviews for an investigative news article that was to be published later this week.

Stricklin scheduled an afternoon press conference to announce the news, which he described as an “extremely difficult” decision. The university was careful not to describe Amato’s departure as a resignation or say whether he was fired. Amato abruptly canceled his media interview.

“My thorough evaluation of the soccer program is that there is a disconnect between Tony and his athletes,” Stricklin said in a statement. “We have worked diligently with Tony since last fall when I first became aware of challenges with relationship building and communication. As the issues continued to be brought to my attention, it became apparent that sufficient progress was not being made and Tony was not a fit for the University of Florida.”

Players, including top ones, have been leaving in extraordinary numbers. In response to complaints by athletes and their parents, Stricklin promised them last month the university would conduct a formal investigation — including interviews with current and former players — and that Amato would take unspecified actions to help repair and build relationships.

Amato had also issued a general apology to players during a team meeting March 22 that Stricklin attended. There had been no public announcement about the investigation, which was to be conducted by the university’s Office for Accessibility and Gender Equity, which investigates gender-based discrimination or violence.

Concerns emerged as early as October, five months into Amato’s tenure, multiple players and managers said. Players and some support staff signed a letter to the university athletic association’s compliance office describing the team’s frustration with Amato’s conduct and concerns it would become worse. The office governs ethical behavior on teams. The signing of the letter came one day after a 1-0 loss at home against Ole Miss that left Florida with a 3-6-3 record.

After the letter, a UF athletic department therapist held a group session for players to air their concerns that Amato did not attend.

Stricklin acknowledged Wednesday that Amato’s departure was a disruption for the team but said it was in the school’s best interest.

“It is my assessment that in order to have the program we all expect, this change is necessary,” he said. “We all wanted this to work, but ultimately it is my responsibility to do what is in the best long-term interest of this program.”

Florida finished its worst-ever 4-12-4 season in November under Amato. Florida hired him last year from Arizona for $226,000 a year under a six-season contract. At the University of Arizona, Amato compiled a record of 88-53-17 after eight seasons, including five NCAA tournament appearances in the challenging PAC-12 conference.

Florida hired Amato in May for nearly $37,000 more per year than its former coach, Becky Burleigh, who retired in April 2021 after 26 seasons with a record of 431-137-40, including an NCAA championship and 14 SEC titles.

Since Amato’s hiring was announced in May 2021, four Florida players have quit with remaining eligibility and 13 more entered the NCAA transfer portal intending to change schools, coinciding with a new NCAA rule in April 2021 that allows athletes to change schools without sitting out one season. The 13 transfers represent 30% of the team’s players during that period.

The portal is an online tool for programs that identifies college athletes with an interest in transferring schools. Transferring has become increasingly popular over the last couple of years after the NCAA passed its “one-time transfer” rule last year and gave athletes an extra year of eligibility to make up for the shortened/canceled 2020 athletic season.

Shortly after Florida hired Amato, allegations from players about its recently departed women’s basketball coach, Cam Newbauer, became public. He resigned in July, just after he was offered a three-year contract extension.

Stricklin later acknowledged hearing complaints for years about Newbauer’s behavior — preceding Amato’s hiring — saying Newbauer was instructed to take corrective steps that he failed to do.

“It is our responsibility to provide a championship experience with integrity, along (with) necessary support, for Gators student-athletes and staff,” Stricklin said at the time.

Current and former Florida soccer players and managers described Amato making comments about their eating habits and body shapes despite knowing some players have struggled with eating disorders. Interviews included eight current and former Florida players and some of their families, two former team managers and two of Amato’s former Arizona players.

The players and managers spoke on condition of anonymity because they said they feared they could lose their lucrative scholarships or playing time, or said criticizing a former coach could affect their transfers, relationships with their current coaches or even employment opportunities in the sports industry.

One former Florida player who had entered the transfer portal said Amato compared leaving a college team to going through a messy divorce.

“He said he won’t talk bad about me if I don’t talk bad about him,” she said. “He told me ultimately he has all say in where I go because all the coaches will go to him first, so he can pick and choose what he wants to say about me.”

Amato’s style of soccer is fitness oriented, with running as the focus, players from UF and Arizona said. That contrasted with Burleigh, the former coach, whose style was based more on strategy and finesse. Florida and Arizona players said Amato recruits women who are built like cross-country runners, tall and thin.

The same former Florida player said she developed an eating disorder over the fall season.

“I know I’m in no way, shape or form fat,” she said, “but it was like, you could see who he played versus who he didn’t play. And every single person was just stick-thin. And the comments about eating got to me.”

A former manager estimated four or five players on Florida’s team are struggling or have struggled with eating or eating disorders during Amato’s first year coaching.

Current and former Florida players and managers said Amato made comments they considered inappropriate about their eating habits and body shapes. During a September game at Florida Gulf Coast University in Fort Myers, players complained there were only three trays of food provided for the whole team, which they said was not enough.

One former manager said Amato told staff on the trip that maybe it was the team’s director of soccer operations “trying to tell the girls they need to lose weight.”

On a separate occasion, players said the team nutritionist provided ketchup for them to eat with their food, to which Amato said ketchup was a source of added sugar and calories. Players said they remembered him making this comment to the point where it became a teamwide joke.

“I’ve seen teammates go through very severe eating disorders and disordered eating,” one player said. “And for me personally, that didn’t affect me directly, but somebody who has a more malleable mindset and perspective, hearing that from an authority figure can definitely trigger some things and make them think, ‘Oh, should I not be eating ketchup? What else shouldn’t I be eating?’”

Players also said Amato told them he wouldn’t play them if they ate ice cream the night before a game. One player said she bought a box of Pop-Tarts on the way back from their game against Georgia in October, and Amato asked, “What are those?” while making what the player described as a dirty face.

Florida’s players were asked to reveal their weights for charter flights for away games, players said. An athlete who played under Burleigh for five seasons said she never remembered players being asked for their weight to tell the charter flight people. The athletes also thought it odd that Amato’s staff said it only needed their body weights and not their luggage weights.

When Burleigh coached at UF, she met with the team at least once a week to discuss topics that included mental health, current events and politics and how to fuel their bodies in healthy ways, one player said. Another player said Burleigh approached conversations about weight by discussing how an athlete was moving in games and workouts. For example, she would ask whether a player believed she was keeping up or slowing down and why that might be.

A former Arizona player said Amato imposed strict diets for players. She said players were allowed dessert only once during her two years there. She said she worried Amato would sit next to her at meals because she feared he would judge her selections, despite ordering what Amato’s nutritionist considered acceptable.

The player was among those who transferred after the 2019 season. She said adjusting to her new team’s relationship with food was a learning curve. She said she was surprised to see teammates order burgers and go out for ice cream on away trips.

Another former Florida player said she fell into a depressive spiral playing under Amato during the fall. She said she gained 10 pounds and drank excessively on weekends. After Thanksgiving, when Florida’s frustrating season had finished, she said she considered deliberately crashing her car.

“He made me want to kill myself,” she said. “I wanted to die because of the way this man ran this program.”

Amato’s players at Arizona also transferred at far higher rates than national averages. Amato said in a 2019 interview that so many transfers were typical. Some former players and support staff disagreed.

“It is so difficult to transfer,” one former Arizona player said. “It is not something that people take lightly. It means picking up, moving everything. It means starting over on a brand-new team, trying to get a scholarship that can help you out. It means gaining the respect of everyone again.” She added: “When people transfer, it’s because there’s a serious reason.”

Another former Arizona player, who transferred to another school after the 2019 season, emailed the school’s athletic director about Amato in July 2020. She shared the nearly 2,000-word message that described specific anecdotes and descriptions of the environment on the team.

“There were times that I would show up to practice and feel like the only reason I was there was to be a punching bag for others,” she wrote. “There were times that I would get to practice, and we would head out to the field and the one person who demanded respect didn’t have the respect to make sure we were mentally and physically in the right place to begin practice.”