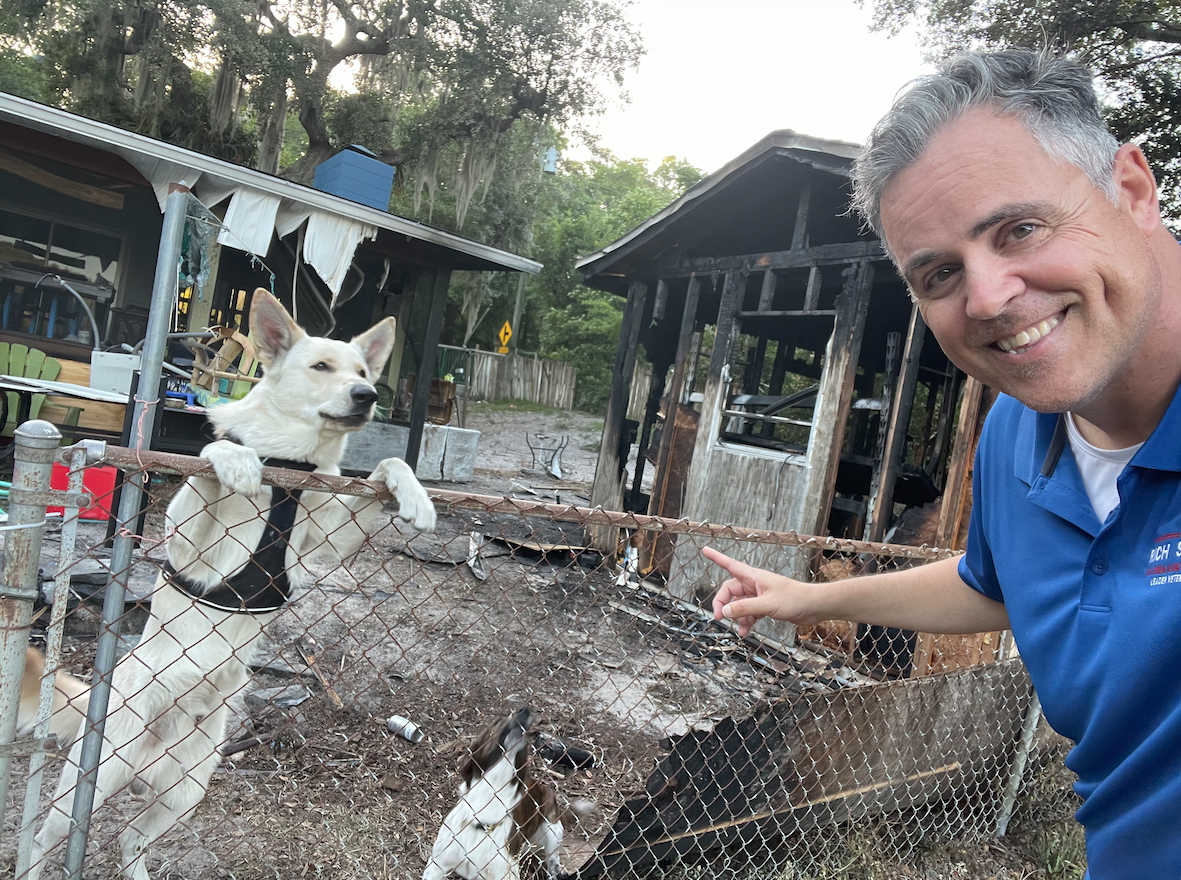 'The flames were so hot it was melting the back siding of the house.'

House District 36 Republican candidate Rich Santos spent part of his Tuesday morning helping get three dogs get away from a fire in Sanford.

Santos is an Orange County master deputy, soon to retire. But on this day he was a passerby who noticed smoke as he drove by a house, then noticed frantic people running about the front yard, and finally saw flames leaping up from behind the house.

So he pulled over to see if anyone needed help.

It turned out a backyard shed was on fire, and the fire had spread to a screen enclosure and another storage structure. Dogs were penned in next to it. People had already called 911.

“I saw this guy running down the street carrying a couple of dog leashes. So we went over to the backyard. The flames were so hot it was melting the back siding of the house,” Santos recalled Wednesday.

“This lady’s freaking out. She can’t find one of her dogs. It was really hot. So we went over the fence. One of the guys handed us the dogs, and we got the dogs out.”

“That’s when the FD came,” he said. “They did a great job. They saved the place.”

The fire was quickly extinguished and there were no injuries.

Santos said he left when the fire trucks began arriving. He came back later, met with the woman who lived there and posed with the dogs.

“I was just glad I was able to help,” he said. “If it was my house, I would want someone to come help me out.”

Santos, of Sanford, is in a Republican Primary Election battle with Rachel Plakon of Lake Mary and Angel Perry of Sanford. The seat is being vacated by Plakon’s husband, Republican Rep. Scott Plakon, who is term-limited.

Based on the last couple of General Elections, the HD 36 race should be pretty purple, with maybe a slight Democratic lean. However, no Democrats have filed to run in the district.