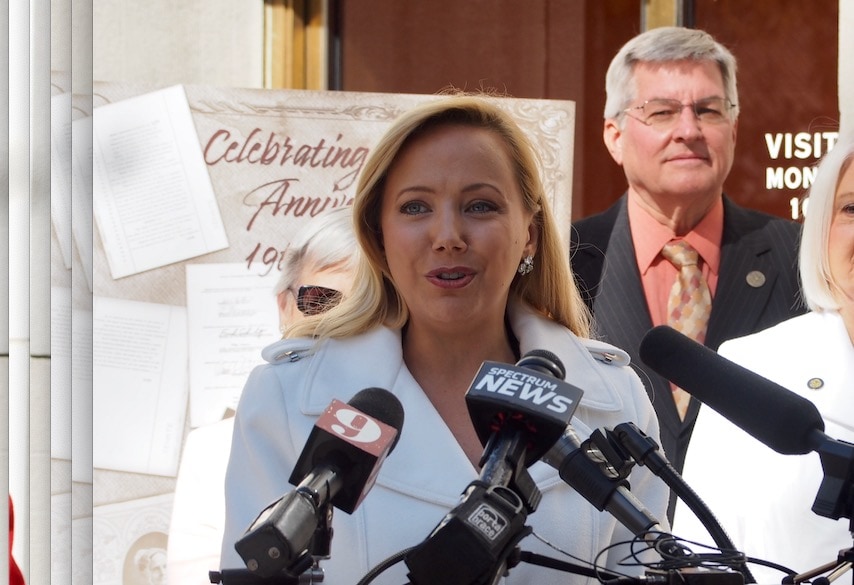 A new 'Queen of Versailles' show premiers a few days after Plakon event.

With the Discovery Channel documentary sequel to her “Queen Of Versailles” movie premiering next week, Orlando-area mansion matron Jackie Siegel is turning her attention to political fundraising for Republican House candidate Rachel Plakon.

Siegel is star of the 2012 full-length documentary feature “The Queen of Versailles” — about her and timeshare mogul David Siegel’s efforts to build an 85,000-square-foot mega-mansion called “Versailles” in Windermere.

On March 30, the Discovery Channel’s Discover+ streaming service is launching a new series called “Queen of Versailles Reigns Again,” updating the story about the still-unfinished house, and the Siegels’ life since the first movie, including their responses to the tragic loss of 18-year-old daughter, Victoria Siegel, to an opioid overdose in 2015.

Plakon, a Republican from Lake Mary, is married to outgoing House District 29 Rep. Scott Plakon. For now, she is the only candidate running in HD 36. Democrat Luke Dowe and Republican Richard Santos filed last year to run in the old HD 29 district before redistricting changed and renumbered the map, and they are expected to refile in HD 36 as she did.

Rachel Plakon, who has a real estate investment company and political involvement going back to Gov. Jeb Bush, has already raised $170,000 for her campaign, plus another $84,000 in her independent committee, Friends of Rachel Plakon,

That puts her about $240,000 ahead of either Dowe or Santos before she gets feted by one of the richest Republican donor families in Central Florida just a few days before Jackie Siegel’s new show debuts.

The fundraiser’s connections — besides the Siegels’ longtime support for Republicans — involve opioids.

Since losing Victoria, the Siegels have become leading activists, through their nonprofit Victoria’s Voice, for bringing attention to the opioid crisis and support for efforts to make the overdose antidote Narcan more widely accessible. Scott Plakon has sponsored numerous opioid bills, including HB 95 approved this year, which stiffens penalties for dealers. Sheriff Lemma has been one of the most outspoken law enforcement executives in the country on opioid issues. Rachel Plakon is a board member of Project Opioid in Orlando.

All of that aside, the draw will be Jackie Siegel a week out from her latest starring role in reality programming.

The entertainment factor is not unusual for the Plakons. In 2018, Scott Plakon and then-Rep. Bob Cortes tied a fundraiser to a concert with classic rock acts REO Speedwagon and Chicago. In 2019, Scott Plakon got Thomas McClary, founder and lead guitarist of the Commodores funk and R&B band, to perform at a fundraiser.