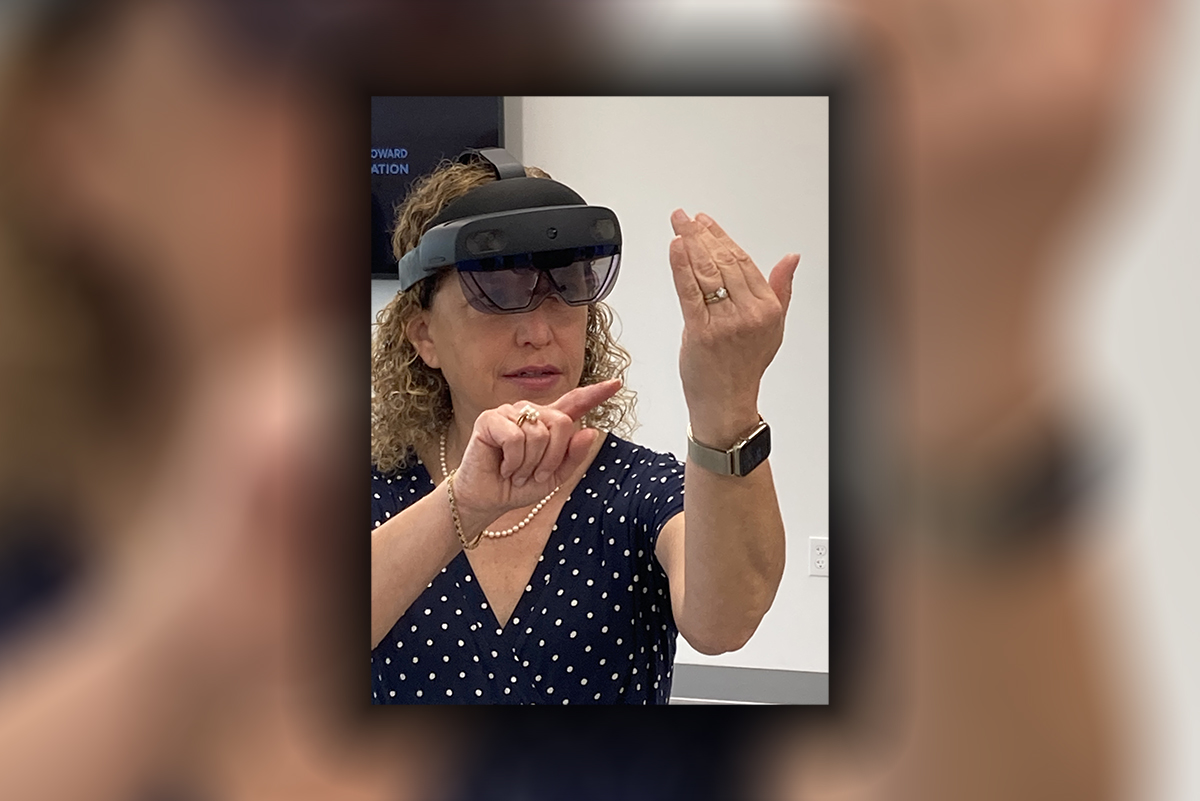 In the future, your dance partner — like the one shaking its stuff with Rep. Debbie Wasserman Schultz Tuesday — may not be human.

The Weston Democrat came to Nova Southeastern University (NSU) Tuesday to highlight what impacts the newly signed federal budget will have on South Florida. She helped secure some $15 million in federal funding for area community projects. That includes $1.95 million to fuel tech innovations at NSU.

But it’s the future that NSU is creating — that federal funding will boost — that had her waxing poetic Tuesday.

After talk of artificial intelligence, augmented reality, virtual reality and the Southeast’s first volumetric capture studio with 66 cameras capable of producing holograms, Wasserman Schultz broke it down at a news conference with NSU leaders.

“In short, this is so fricking cool,” she said. “I have been to Silicon Valley. I have been to other tech hubs and this is going to be one of the most competitive incubators in the world — not just the country, the world.”

In addition to the funding for NSU, Broward College and Florida International University, the federal budget also means:

— $2 million to replace Sunrise’s city aging stormwater pump that manages stormwater and provides flood protection to thousands of acres of residents and businesses.

— $1.77 million to fund a pump station in Davie’s Shenandoah Drainage District that will improve drainage capacity and enhance water treatment.

The federal budget also had record annual budget funding for the Everglades restoration project. The $350 million provided this year adds to the $1.1 billion offered in the federal infrastructure bill that was signed in November.

More than restoration, though, Wasserman Schultz Tuesday heralded the way NSU is pushing the area forward in training people for tomorrow’s jobs. She recalled how the private university was at the forefront of something called “distance learning” that nobody understood. Now it’s come so far, and is poised to go even further, she said.

“This is the first day of the rest of the life of South Florida becoming an international tech hub,” she said. “We’re well on our way, but let me just tell you we are about to have NSU catapult us into that stratosphere.”

John Wensveen, NSU’s chief innovation officer, said the federal money is going to pay for equipment and technologies that are emerging.

What NSU is innovating will be used to help cities plan better, develop artificial intelligence to serve industry and build the first volumetric capture studio in the Southeastern United States.

“Imagine a purpose-built studio that’s acting as a stage that is surrounded by multiple cameras that collect video and audio and put that content into a hologram,” Wensveen said. “And then we can take that hologram and superimpose it into any kind of environment that you can imagine.

“This is truly the future of simulation- and scenario-based experiences that you can apply to industry, entertainment and training and a whole lot more,” he added.

Wasserman Schultz nodded: “This is a really big deal.”

previousEric Engelhart files as a Democratic candidate in HD 77

nextOrlando-area 'Queen of Versailles' will fundraise for Rachel Plakon