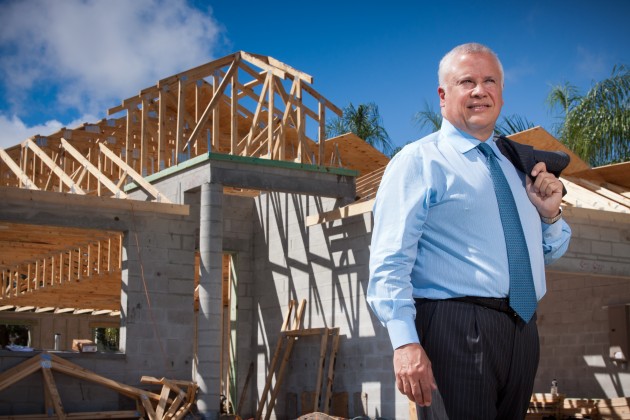 Commissioners delayed the decision until next week.

A Sarasota developer who chaired the Constitution Revision Commission is the potential front-runner to buy the former Betz Farm property near Crystal River.

The county has two offers for the full ask of $5.5 million, and a third offer that came in Friday for $6 million from Carlos Beruff, managing partner of both Medallion Home and Charlie Michaels Inc., of Sarasota.

Commissioners were leaning toward the Beruff offer during a meeting Tuesday but agreed on a delay when one of the developers complained he wasn’t given time to bring a counter offer.

Even though Tamposi secured a Development of Regional Impact permit for Betz Farm and built a portion of Turkey Oak Drive, sidewalks and utilities, Betz Farm was never developed. In 2003, Tamposi swapped the land to the county in exchange for transportation impact fee credits.

Though various uses were discussed over time, Commissioners in 2017 declared the property surplus and put it up for sale. An October 2020 appraisal set the value at $5.385 million.

Ashtari’s offer was on the Citrus County Commission’s April 12 agenda. The day before, however, the county received an identical $5.5 million offer from Stephen Tamposi, general partner of Lecanto Properties LLC. Without time to evaluate Tamposi’s offer, Commissioners delayed the matter for two weeks.

Both offers were set for a Tuesday vote. But, just as what happened two weeks prior, another offer came in. The county received Beruff’s $6 million offer on Friday.

Because the offers weren’t part of a sealed bid process, Ashtari said that gave both Tamposi and Beruff advantages since they could view his offer before making theirs.

Commissioners reluctantly agreed. They gave all three developers until Friday to submit their best and final offers, with a vote expected on May 3.

Beruff may not have much name recognition in Citrus County, but he’s known statewide politically. Beruff lost a Republican Primary challenge in 2016 to U.S. Sen. Marco Rubio. The next year, Gov. Rick Scott named him chairman of the Constitution Revision Commission.