Proud Boys, police turned out for women’s rally in Sarasota 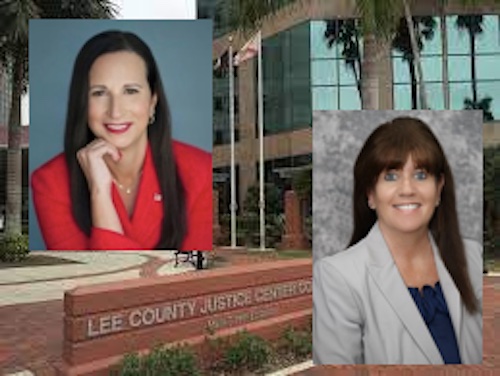 Thirteen circuit court judges were also re-elected without a contest.

“I am extremely grateful for the opportunity to continue serving as the State Attorney for the 20th Judicial Circuit.” Fox said in a statement. “I am looking forward to continuing to focus on keeping Southwest Florida the safest area in all of Florida by ensuring violent offenders, drug dealers, and those that prey on our most vulnerable are behind bars and off of our streets.”

Fox enjoyed an easy path to re-election four years after a caustic Republican Primary with Lee County attorney Chris Crowley. She ultimately won the GOP Primary with 57% of the vote to Crowley’s 43%. The tension between those candidates continued over intervening years, including Florida Bar complaints over accusations he leveled in the campaign. But Crowley made clear over the weekend he would not challenge Fox at the ballot box.

“I decided to stay on active duty with the U.S. Army and will NOT be running for elected office in 2022,” Crowley said in a Facebook post on Sunday, a day before qualification week began.

As for Smith, she has held the circuit’s Public Defender office now since 2008, when she won a Republican Primary over Brian Boyle and Rex Darrow.

In addition to her role as Public Defender, Smith also teaches at Florida Gulf Coast University.

The circuit was the last one created in the state to date and its elections fall on a different election cycle than most circuits.

There will be a race for Lee County Judge between Lindsay Scott Garza and incumbent Judge Archie Hayward. In Collier County, Pamela Barger and Chris Brown will run for a spot on the county bench.