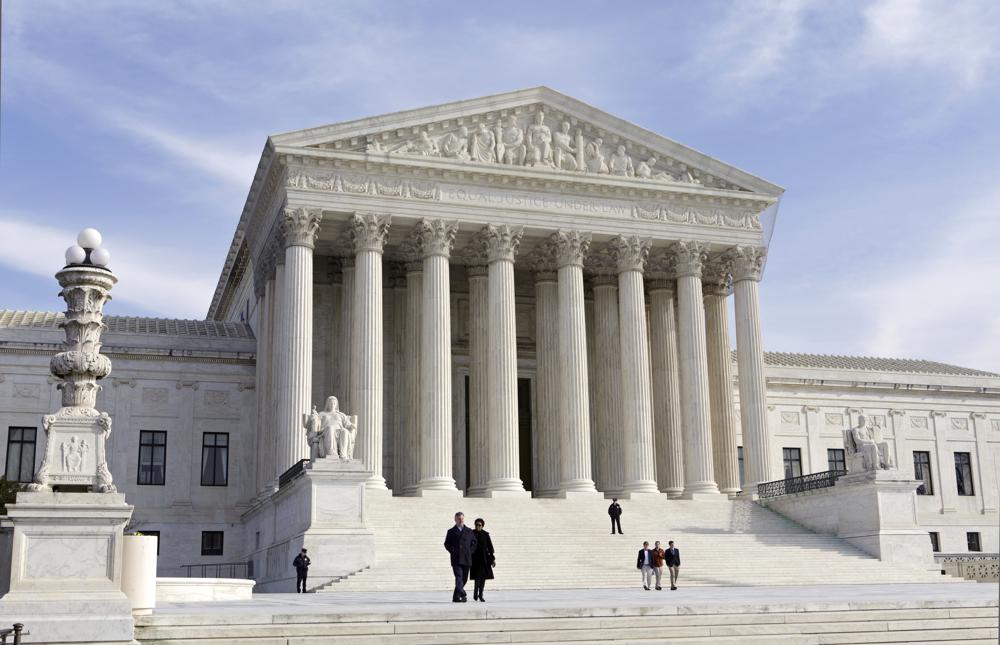 Sen. Marco Rubio criticized the leak, but signaled support for restricting abortion. He voted to confirm three of the conservative Supreme Court justices likely to be part of a majority overturning Roe.

“The next time you hear the far left preaching about how they are fighting to preserve our Republic’s institutions and norms, remember how they leaked a Supreme Court opinion in an attempt to intimidate the justices on abortion,” he tweeted.

He also tweeted in response to a post by Vermont Sen. Bernie Sanders suggesting the Senate should pass a law codifying Roe.

“Translation: Let’s change the rules of the Senate to pass a federal law legalizing the killing of unborn children right up to the day of delivery,” Rubio posted.

“Striking down Roe v. Wade and taking away a woman’s right to make her own decisions is appalling and dangerous,” Demings said in a statement. “We refuse to go back to being treated as second-class citizens whose personal decisions are made by politicians like Marco Rubio, who has fought relentlessly against the right of Florida women to control their own destiny. Women deserve an end to the constant politicization of our basic, fundamental rights. Let me be clear: I will always stand up, speak out, and fight to codify Roe v. Wade into law, no matter what.”

Meanwhile, the decision also could reshape the race for Governor, where Gov. Ron DeSantis last month signed a 15-week abortion ban (HB 5) into law in anticipation of this ruling. As of this posting, DeSantis had not addressed the leaked ruling, but all his major Democratic opponents responded to news immediately.

“If true, the fight for a woman’s right to choose will be left up to each state to decide … and front and center in this fall’s election,” he posted after POLITICO first reported the news. “We must defeat DeSantis.”

Crist was previously elected to the Governor’s Mansion as a Republican in 2006.

“This issue is personal to so many of us,” he continued. “Early in my career I was faced with the decision to protect a woman’s right to choose. I stopped a bill in the State Senate that would have required a 24-hour waiting period. As your Governor, I vetoed an anti-abortion bill. And I’ll do it again if need be — because I will always stand with women.”

“The women of our country are under direct attack by right-wing radicals,” she posted. “Overturning the freedom over our bodies is unconstitutional, unacceptable, and taking us back to a dark, dark time. If they can control our bodies, what do we have left? This cannot stand.”

“I never thought I would see the day when our own Supreme Court would strip away the rights of millions of women across this country. Regression like this is commonplace in fascist countries but has no place in a free society,” Taddeo said in a statement.

“Make no mistake about it, the brunt of this ruling will be felt by women who cannot afford to cross state lines, the majority of them Black and Brown, to states that allow access to this medical care. Allowing states to ban access to reproductive healthcare will only lead to an increase in unsafe, non-medical alternatives. As a mother, I am terrified for my daughter and the rest of her generation who might lose safe access to vital care. Now more than ever it’s urgent to elect a governor who will protect a woman’s right to choose.”