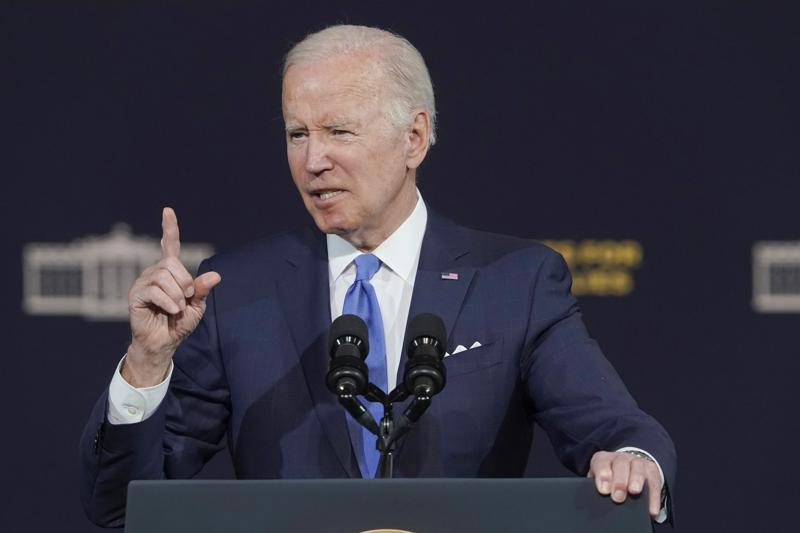 Will it matter in the midterms?

President Joe Biden plans to highlight deficit reduction in remarks at the White House, noting that the government will pay down the national debt this quarter for the first time in six years.

Biden on Wednesday will emphasize how strong job gains have increased total incomes and led to additional tax revenues that have improved the government’s balance sheet, said a White House official who insisted on anonymity to preview the president’s speech.

Besides the quarterly reduction in the national debt, the Treasury Department estimates that this fiscal year’s budget deficit will decline $1.5 trillion. That decrease marks an improvement from initial forecasts and would likely put the annual deficit below $1.3 trillion.

The Democratic president has placed renewed emphasis on deficit reduction going into the midterm election, with administration officials saying that the burst of $1.9 trillion in coronavirus relief approved in 2021 has already paid off in the form of faster growth that now makes it easier to stabilize government finances.

Deficit reduction also matches a priority of U.S. Sen. Joe Manchin of West Virginia, the key Democratic vote in the evenly split Senate who blocked the passage of Biden’s domestic and environmental agenda in December. The reduction also occurs amid rising interest rates on U.S. Treasury notes, a consequence of inflation running at a 40-year peak and the Federal Reserve’s efforts to reduce price pressures.

It is unclear if greater fiscal responsibility can deliver politically for Biden as Democrats try to defend control of Congress. His two most recent Democratic predecessors, Bill Clinton and Barack Obama, also cut budget deficits, only to leave office and see their Republican successors use the savings on tax cuts.

Still, Biden hopes to draw a sharp contrast with former President Donald Trump, who he beat in 2020. Trump, among a multitude of promises, pledged to lower the national debt yet failed to do so during any financial quarter of his presidency. Biden has repeatedly taken aim at that broken promise.

When unveiling his budget plan in March, Biden said that after his Republican predecessor’s “fiscal mismanagement” his administration is “reducing the Trump deficits and returning our fiscal house to order.”

One of the challenges for Biden is that voters have largely shrugged off deficit increases and seldom rewarded deficit cuts. Voters might discuss the idea of reducing deficits with pollsters, yet health care, incomes and inflation are often top of mind when casting their ballots.

Norman Ornstein, an emeritus scholar at the conservative American Enterprise Institute, noted that deficits are often “abstract” for voters. The recent low interest rates have also muted any potential economic drags from higher deficits, which have risen following the COVID-19 pandemic and, separately, the 2008 financial crisis, to help the economy recover.

“They’re more likely to respond to things that are in their wheelhouse or that they believe will have a more direct effect on their lives,” Ornstein said. Deficits are “a step removed for most voters, and we’ve been through periods where we’ve had the big deficits and debt and it’s not like it devastated directly people’s lives.”