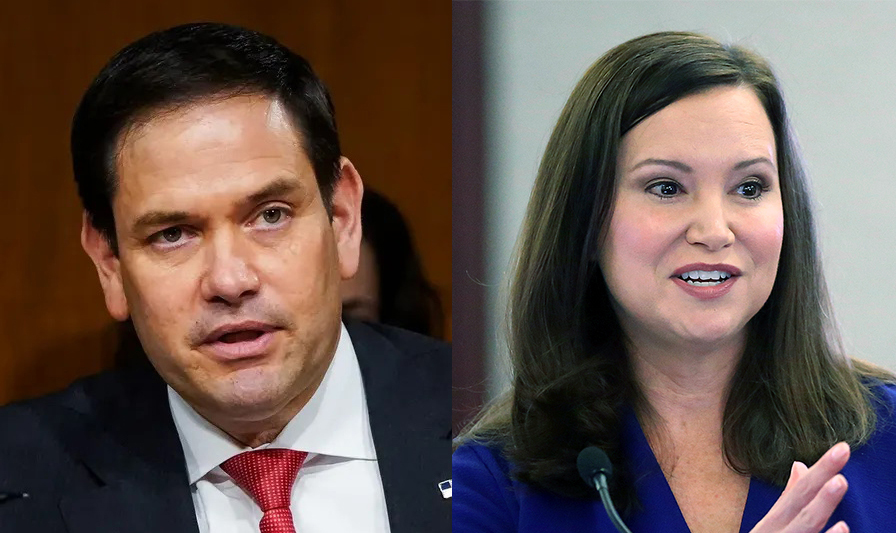 'As you know, there is an ongoing, coordinated campaign of intimidation.'

Anxious that the abortion framework established by 1973’s Roe v. Wade may be overturned soon after the leak of a draft Supreme Court ruling, demonstrators are targeting jurists identified as supporting a Mississippi law that bans abortion after the 15th week of gestation. Like many Republicans, U.S. Sen. Marco Rubio and Attorney General Ashley Moody both want this intimidation to stop.

Rubio’s letter demanded potential legal action against demonstrators. It spotlighted “disturbing and dangerous threats against the justices,” contending “there is an ongoing, coordinated campaign of intimidation against the majority of the justices on the Supreme Court.”

“It first took the form of an unprecedented leak of a draft opinion, and now, disguised as protesters, vigilantes have taken ‘justice’ into their own hands,” Rubio contended.

“As you know, there is an ongoing, coordinated campaign of intimidation against the majority of the justices on the Supreme Court,” Rubio added. “The DOJ can no longer remain silent on this issue if it hopes to protect the integrity of the Supreme Court. … Will the DOJ commit to identifying and pursuing criminal charges against those who violate 18 U.S.C. § 1507? If not, why?”

Moody wrote to her federal counterpart with similar urgency, in a communication co-signed by a host of other Republican Attorneys General.

“The integrity of our courts is paramount to a free and democratic society. Any attempt to threaten or intimidate United States Supreme Court Justices so they change their votes should be thoroughly investigated by the Department of Justice — not just for the safety of judges and their families, but for the independence of our nation’s entire judicial system,” Moody asserted, in a statement accompanying the letter.

“You were quick to respond to the purported ‘threat’ of parents speaking out at local school board meetings (though the basis for your threat assessment was shaky to say the least). Here, in the face of escalating extremism directed at the judicial branch, you have an obvious role to play. Congress recognized that pressuring judges to change their votes by protesting outside their homes directly threatens the rule of law.

“You profess to share those concerns, having unequivocally stated that attacking a courthouse ‘to prevent judges from actually deciding cases’ plainly constitutes ‘domestic extremism, domestic terrorism.’ You can and should act accordingly by faithfully executing federal law to prevent protesters from attempting to intimidate the Justices of the Supreme Court, both to protect the Justices and to safeguard the rule of law,” the letter asserted.