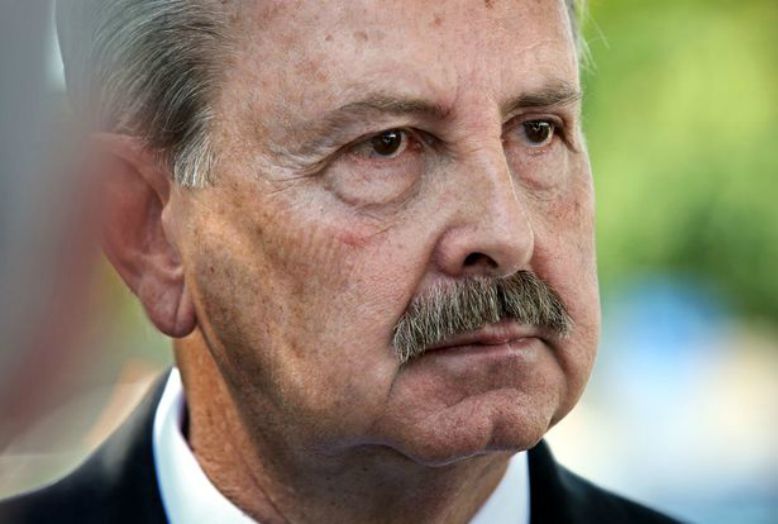 'Unfortunately, rumors and misinformation are being spread through the public about the Sheriff’s health.'

Palm Beach County Sheriff Ric Bradshaw has been absent from the office for nearly three weeks after being hospitalized following back-to-back medical procedures, but his spokeswoman said he’s on track to return to the office “soon.”

As Bradshaw’s two-week absence neared the three-week mark, his spokeswoman Friday sought to shoot down “rumors” about the five-term Sheriff’s health. A Friday statement from Palm Beach County Sheriff’s Office Spokeswoman Teri Barbera confirmed Bradshaw had undergone two medical procedures: one in April and then another one May 3 that involved the 74-year-old’s heart.

The statement alluded to rumors about the Sheriff’s ability to execute his duties following the procedures, though it lacks specific detail about what those procedures were.

“Unfortunately, rumors and misinformation are being spread through the public about the Sheriff’s health to create a perception of weakness or to manipulate the circumstances,” the statement says. “Sheriff Bradshaw’s procedure was elective, not due to an emergency. He is receiving excellent medical care and expected to be back to work soon.”

The statement conceded, however, that the Sheriff does not have a specific date for his return, his spokeswoman said.

“He … is a part of the decisions being made,” Barbera said, however.

Barbera’s statement said Bradshaw has been receiving regular briefings and his health is improving.

“Doctors have confirmed the (May 3) procedure was successful, he is in good condition and his recovery is going better than expected,” the statement says. “He has started physical therapy to expedite his return to normal life.”

Friday’s statement was the first since the one issued on April 26 that said Bradshaw “is in a local hospital, resting comfortably after having a successful medical procedure.”

But that was followed by the second procedure on May 3.

That new statement also said Bradshaw was alert and getting daily briefings.

“The Sheriff and his family thank the community for their well wishes and he expects to be back to work soon,” the PBSO statement reads.

Richard Wille holds the longevity record for Palm Beach County Sheriffs, according to the Palm Beach Post. Elected in 1976 and returned to office four times, Wille served 18 years before retiring midway through his fifth term in 1995. If Bradshaw remains in office through March 2023, he will break Wille’s “longest serving” record.

nextSunburn — The morning read of what’s hot in Florida politics — 5.13.22