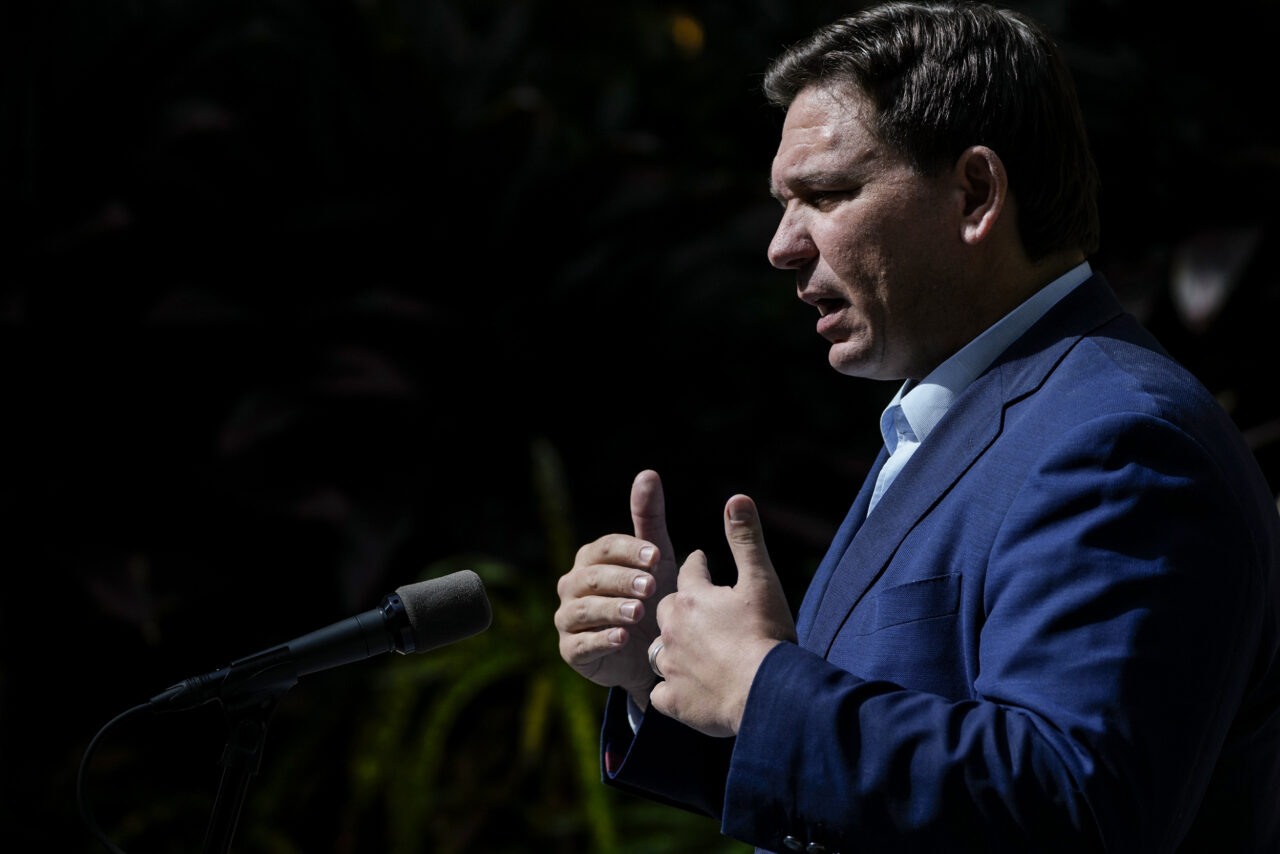 The state expects the investment to bring 11,000 jobs to the Panhandle.

DeSantis is distributing the funds through the Job Growth Grant Fund, a pot of infrastructure dollars over which the Governor’s Office has sole discretion.

The funding will help expand roads, rail lines and utility infrastructure at the industrial “gigasite.” The project will bring an estimated 11,000 jobs to Okaloosa County, including doubling manufacturing jobs with 4,000 new openings.

Speaking in Crestview, which is just 7 miles west of the Shoal River Ranch Gigasite, DeSantis on Wednesday told reporters a number of companies are on the verge of announcing partnerships there.

“This commitment to the services at the industrial park is going to be huge, because this is going to give them the confidence that they have all the infrastructure they need to be able to be successful,” DeSantis said. “I anticipate there will be some announcements in the not-to-distant future.”

The Shoal River Ranch Gigasite will have access to Interstate 10, Highway 90 and the Florida Gulf & Atlantic Railroad, which the administration says will allow easy access to transportation routes. The 10,500-acre site is projected to have an economic impact of more than $47.6 million after infrastructure improvements are completed.

The Okaloosa County Commission approved the purchase of the site in 2020 for nearly $2.5 million.

“The Shoal River Ranch Gigasite is a critical infrastructure project and the award made today is a difference maker,” said Mel Ponder, Chairman of the Board of County Commissioners and a Republican former state Representative.

“There is nothing else this size, with this much access to a major interstate, in the state of Florida. Future tenants will have access to people trained and led by our education system, our college system, and our transitioning military who are technically trained. Opportunities at this site will create thousands of jobs in multiple sectors, another great win as we diversify our local economy. This opportunity will be transformational for our area.”

The Republican Governor had asked for $100 million for the Job Growth Grant Fund, distributed through the Department of Economic Opportunity (DEO), for the coming fiscal year because of the program’s “high impacts.” However, lawmakers only approved $50 million, continuing the level of funding from the current fiscal year, which ends June 30.

“Ron DeSantis is once again trying to fraudulently take credit for President Biden’s American Rescue Plan after opposing the package and calling it ‘Washington at its worst,’” Reuther said. “Time and time again, DeSantis makes clear that his only priority is furthering his political career by taking credit for something that he claimed he wanted nothing to do with. Thankfully President Biden and Democrats delivered when DeSantis couldn’t.”

“DEO is proud to assist the Governor in his mission to stimulate job and business growth in Florida,” DEO Secretary Dane Eagle said. “This funding will support economic development in Okaloosa County by creating available, ready-to-access sites for industrial development, which will have lasting impacts throughout the region.”

In keeping with his critiques of the Big Tech industry, DeSantis expressed his preference that Florida attract manufacturing jobs. He alluded to the post-pandemic influx of tech businesses leaving California’s Silicon Valley or shifting to remote work.

“The thing about it is, technology, there’s all these other types of jobs. There’s nothing wrong with that. But a technology company can just pick up and move somewhere else,” DeSantis said.

“When you have an industrial capacity, you’re there, you have a lot of capital invested. You’re there as part of the community. That not only means jobs that can fill now, but that also means, as more students graduate, as more people need employment, that this becomes something that people in the community can rely on. I think it’s a sturdier way to have a foundation of an economy.”