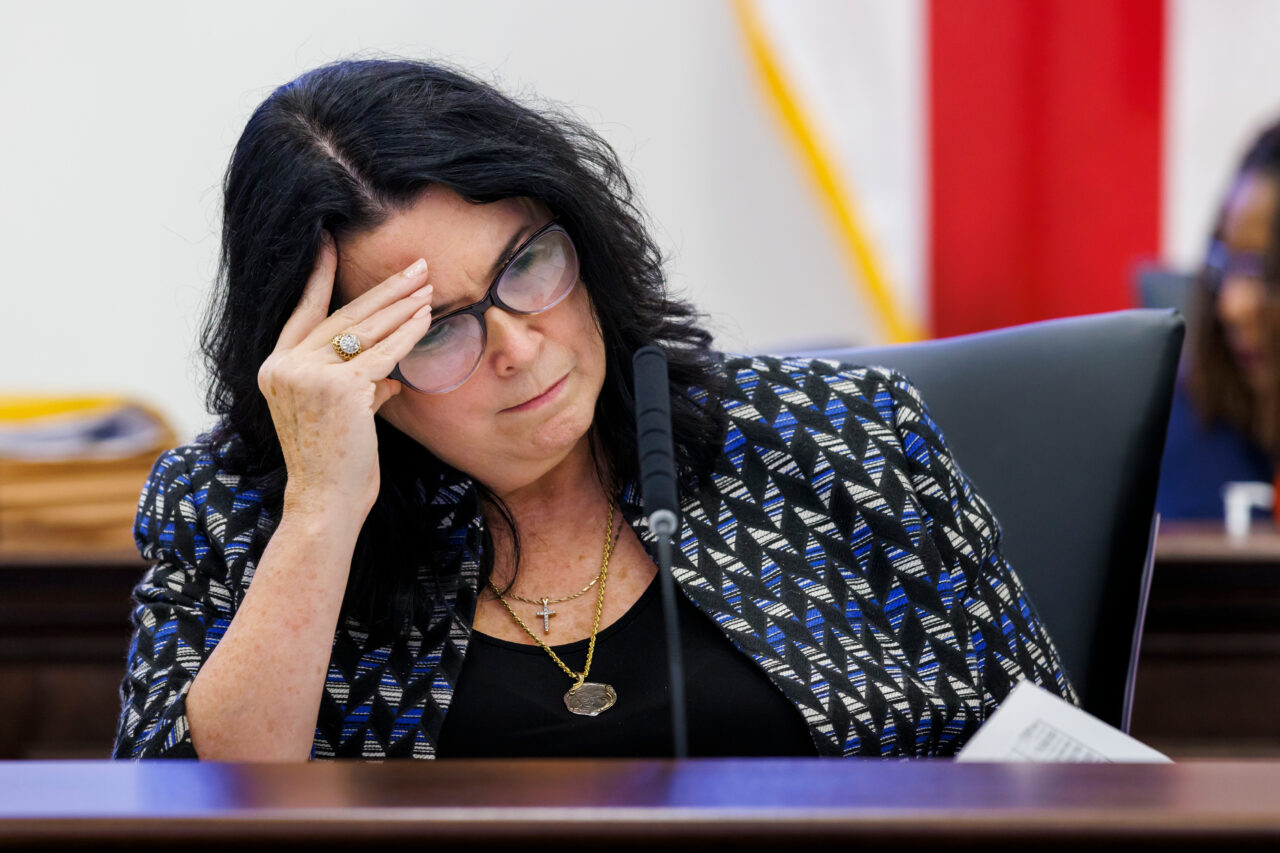 'I remember growing up, my dad's campaigns were like "faith and family first," but then they would leave us for Tallahassee for a month.'

A daughter of state Sen. Kelli Stargel is speaking out against her mother’s congressional run — and it’s drawn the attention of thousands.

In a TikTok clip that has now garnered over 64,000 views, Stargel’s daughter, Hannah, recounts what she considers hypocrisies between her parents’ political facade promoting conservative, family-first policy and their relationship with their own children.

“After numerous years of telling me I was hard to love, putting me through tons of years of neglect, putting politics before everything else, and honestly, just being a horrible, horrible person to look up to — is this really somebody you want up in D.C. passing laws for you and your children, telling you what to do with your body?” Hannah Stargel said in the TikTok.

Hannah told Florida Politics that she decided to speak out after her mother announced her congressional run, which came after years of promising to step away from politics, Hannah said. She called her mother’s candidacy for Florida’s 15th Congressional District “a shock.”

“She’s been saying for years and years and years that she was going to stop running, stop putting this on the family,” Hannah said. “So for her to take that and go federal … I don’t speak to her anymore. But for her to do that, I was really upset honestly.”

Her parents’ involvement in politics put a strain on the family, she said. Her father, John Stargel, served in the Florida House from 2002-2006, while her mother, Kelli, entered the ring in 2008.

Growing up, Hannah Stargel remembers feeling weird about her picture plastered on billboards in her parents’ political advertisements, and seeing her face on pamphlets held by strangers. She said that while her parents campaigned on faith and family values, she and her siblings felt cast aside when their parents left to go to Tallahassee for Legislative Sessions.

“I remember growing up my dad’s campaigns were like ‘faith and family first,’ but then they would leave us for Tallahassee for a month,” Hannah said. “I would stay at friends’ houses all the time. It was very common for us to just stay at a friend’s house for like almost a month, and it was just like a part of that childhood that was not fair to us, in my opinion.”

While Hannah told Florida Politics that the two never agreed on policy matters, Hannah stopped communicating with her mother after the Senator championed the controversial transgender sports measure passed in the 2021 Session that barred trans students from participating in sports with their identifying gender. Hannah had come out to her mother as a member of the LGBTQ community just three months earlier.

“I had actually just come out to my mom a few months earlier,” Hannah said. “She was really shocked by it, she brought me home like some rainbow chocolates, like just as a peace offering. Then fast forward three months.”

In her TikTok, Hannah talks about being sent to a religion-based troubled teen facility in Texas. She told Florida Politics she was sent to the program after experiencing emotional challenges following a car accident that left her wheelchair-bound for a year. She was 15 at the time. She added that, as a non-Christian, it felt like some sort of “conversion therapy.”

“Considering the fact that Kelli Stargel is my mother, and sent me to a troubled teen facility when I was only 15, I don’t think that she really has a right to tell you or anybody else who can and can’t be a mother, because she wasn’t even a mother to her own children,” Hannah said in the TikTok video.

Hannah also alleged in a TikTok that her mother did not make an effort to feed her when she chose not to go to church on Sunday. Her parents, she said, attended a church where she felt bullied and unsafe, and as a non-Christian, chose to not attend the services. The trade-off, she said, would be food, since the family would go out to eat and leave her behind in a food-barren house, kept so because her parents were often in Tallahassee.

“The way that they would trade off was they would all go out to eat and go eat well. We ate out all the time. That was mainly how we ate,” Hannah said. “There wasn’t really a lot of other options. So a lot of it was more emotional. I was not like legit starving, it was mainly just for that day. They would wake up in the morning, there wasn’t really food. They would all go to church. I would kind of have to like scramble for something.”

In response to her daughter’s TikTok, Sen. Stargel released a short statement saying, “I love my daughter with all of my heart.”

Despite their challenges, Hannah said, “I think my mom still loves me, but the way that they show love is very much through their filter.”

It’s not the first time one of Stargel’s children has spoken out against the Lakeland Senator.

Back in 2021, Kelli’s daughter Laura was a vocal opponent of the transgender sports bill, publicly urging Gov. Ron DeSantis to veto the legislation. She wrote an op-ed for the Orlando Sentinel speaking out against the bill.

nextSunburn — The morning read of what’s hot in Florida politics — 5.24.22