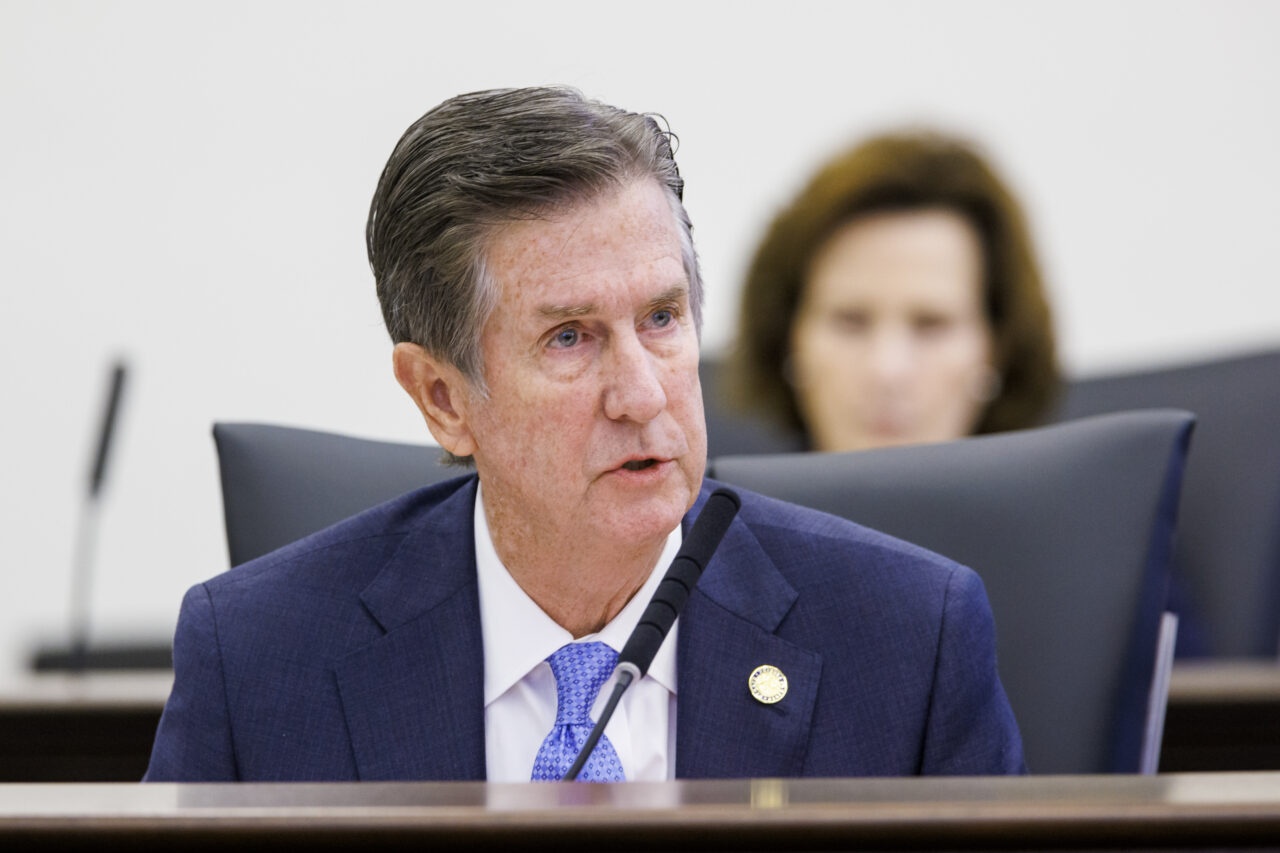 'I see this as an industry that essentially has Stage 4 cancer and is failing. The solutions here are as if we’re treating it with Stage 1 cancer.'

The Senate advanced two bills Monday aimed at reducing costs for property insurance companies and eventually driving down rates for homeowners, but only after hours of fierce debate between insurers and trial lawyer groups.

The Senate Appropriations Committee passed SB 2D and SB 4D, as the groups blamed each other for rising rates and litigation costs.

“This is a problem that is getting worse,” said Sen. Jim Boyd, a Sarasota Republican who is sponsoring both bills. “Homeowners are suffering increasing premium rates and the markets are dropping and carriers are fewer than they were before.”

The main bill, SB 2D, contains several provisions aimed at reducing litigation costs and claim losses for insurers: limiting attorneys fee multipliers to “rare and exceptional” cases, installing an optional roof deductible for up to 2% of the home and requiring contractors soliciting customers to tell consumers the penalty for filing a fraudulent claim against an insurer. Lawyers for contractors who receive an assignment of benefits contract wouldn’t be able to receive “one-way” fees under the bill, and “bad faith” lawsuits could only proceed of an insurer was shown to break a contract.

Another measure sets up a $2 billion reinsurance fund, backed by state taxpayer money, to cover eligible companies looking to purchase reinsurance over the next two years. Some companies are having difficulty buying reinsurance — essentially insurance for insurance companies — and are in danger of being downgraded or going bankrupt because they don’t have enough reinsurance to cover their losses in the event of a large hurricane.

Insurers were mostly pleased with the bill.

“We must continue to chip away at the litigation-for-profit machine that encourages lawsuits — primarily benefiting trial lawyers — and increases claims costs and the overall cost of property insurance,” said Michael Carlson, president and CEO of the Personal Insurance Federation of Florida, a trade group representing State Farm and other large insurers. “With further reforms, we will help improve conditions in the market, and Floridians will benefit.”

Trial lawyers, though, criticized the bill for limiting barring fees for consumers’ attorneys but not placing restrictions on insurers in disputed claims that end up in court.

“We have insurance companies that wrongfully deny and fail to pay claims,” said Hillary Cassel, a South Florida lawyer running for the House as a Democrat. “Where in this bill are we holding them accountable for their wrongful denials?”

Although insurers aren’t restricted in the courts in the bill, other parts of the bill put new requirements on what they must cover. For example, a company couldn’t refuse to cover a home with a roof that is less than 15 years old solely because of the age of the roof. Insurers would also be required to inspect a home to adjust a claim within 45 days for non-hurricane claims. State regulators are required to report more frequently on why a company has gone insolvent.

Democrats bemoaned the lack of guaranteed rate decreases for customers in the bill, and offered an amendment to freeze rates for the current year that was rejected by Republicans. Boyd said it could take up to a year and a half to see rates lowered because of the bill, although he noted lower reinsurance rates gained because of the $2 billion state reinsurance fund must be passed on to customers.

“I was hoping today would be the day (my constituents) would hear about immediate relief and not relief in 18 months,” said Sen. Audrey Gibson, a Jacksonville Democrat.

Gibson was one of two lawmakers, along with Sen. Daryl Rouson, a Tampa Democrat, to vote against the bill. Other Democrats also criticized the lack of rate reductions but still supported the bill as a first step to stabilize the marketplace.

Not all Republicans are satisfied with the bill, however. Sen. Jeff Brandes, a St. Petersburg Republican, also voted for SB 2D but grew frustrated with the requirement that companies cover homes with roofs younger than 15 years old. He called it a “failsafe” for companies being shut out of the reinsurance market, which is overly concerned with the age of roofs on insurers’ books. The rest of the bill doesn’t go far enough to limit costs for insurers, he said.

“I see this as an industry that essentially has Stage 4 cancer and is failing. The solutions here are as if we’re treating it with Stage 1 cancer,” Brandes said. “If we agree that the patient has cancer then the 15-year (roof) provision is like sticking a cigarette in their mouth and sticking them under a heat lamp.”

The other bill, SB 4D, attempts to limit roof costs by exempting roofs built to the state’s 2007 building code standards from a law requiring an entire roof to be replaced if 25% of the roof is damaged.

The bill passed unanimously, but contractors aren’t pleased with the move. Richie Kidwell, president of the Restoration Association of Florida, which is currently suing the Office of Insurance Regulation and two insurance companies over changes in policies, said the bill would result in “Frankenstein roofs” because of the partial repairs that would ensue.

Insurance companies blame increasing roof claims and litigation related to those claims as the primary causes of the surge in losses. They point to $1.5 billion in losses for the industry in 2021 and 2020, as litigation costs grew.

Lawmakers have tried to address the situation by passing a bill in 2020 to limit the practice of assignment of benefits, where a homeowner signs over the benefits of a claim to a contractor, who does emergency repairs on a home and seeks the money for the claim from the insurer. Another measure, SB 76, passed in 2021, limits attorney fees in some cases.

The House will review its version of the bills, HB 1D and HB 3D, in committee on Tuesday. A final vote in each chamber is expected by the end of the week.

previousDiagnosis for 5.23.22: Checking the pulse of Florida health care news and policy