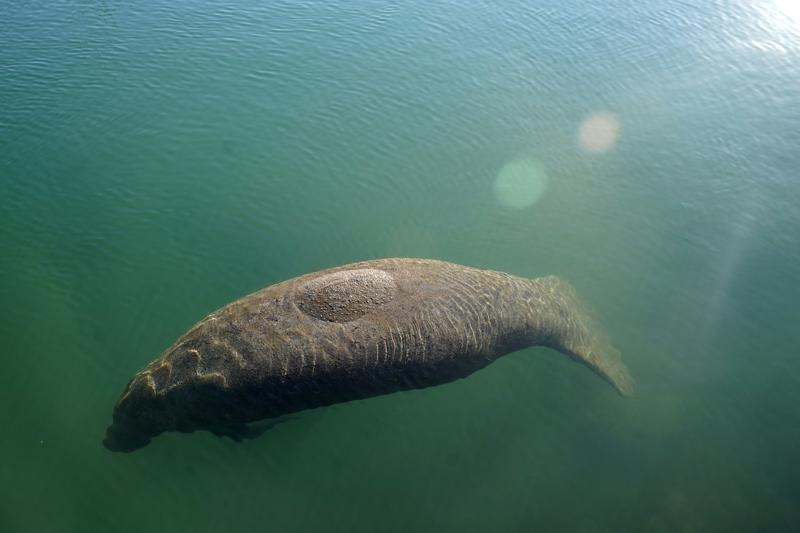 There are 92 rescued manatees being treated at rehabilitation centers around the country.

Wildlife officials working to prevent threatened Florida manatees from starving to death say they’re encouraged that some of the marine mammals’ favorite food is growing naturally in a key area.

Seagrasses have been found growing recently in small areas of the Indian River Lagoon along Florida’s east coast where chronic pollution has wiped out much of it, officials said on a Wednesday conference call.

“We take it as a positive there is seagrass growing,” said Ron Mezich of the Florida Fish and Wildlife Conservation Commission (FWC). “What that means long-term, we have no idea.”

The lack of seagrass forage during winter months has triggered an unprecedented die-off of manatees, including a record of more than 1,100 last year. The deaths recorded so far in 2022 are at 551, according to commission statistics.

The FWC and U.S. Fish and Wildlife Service (USFWS) in March completed an experimental program that fed manatees more than 202,000 pounds (91,600 kilograms) of donated lettuce near a power plant where the animals gather during colder months. Officials say a similar program is in the works for the coming winter.

“We aren’t ruling out other locations,” Mezich said.

As of Wednesday, FWC officials said there were 92 rescued manatees being treated at rehabilitation centers around the country — most of them in Florida including critical care facilities at SeaWorld in Orlando and the Jacksonville Zoo and Gardens.

Jon Wallace of the U.S. Fish and Wildlife Service said the new seagrass growth is positive but the plants could easily be wiped out by a sunlight-choking summer algae bloom. Fully restoring seagrass and improving water quality will take years, he added.

“It is just going to be a long process,” Wallace said.

People interested in assisting the manatee program can donate to a FWC-affiliated organization. Distressed manatees can be reported by calling a hotline at 888-404-FWCC (888-404-3922).

There are only an estimated 7,520 of the animals in the wild today, according to the state wildlife commission.

Manatees are gentle round-tailed giants, sometimes known as sea cows, and weigh as much as 1,200 pounds (550 kilograms) and live as long as 65 years or so. Manatees are also Florida’s official state marine mammal.