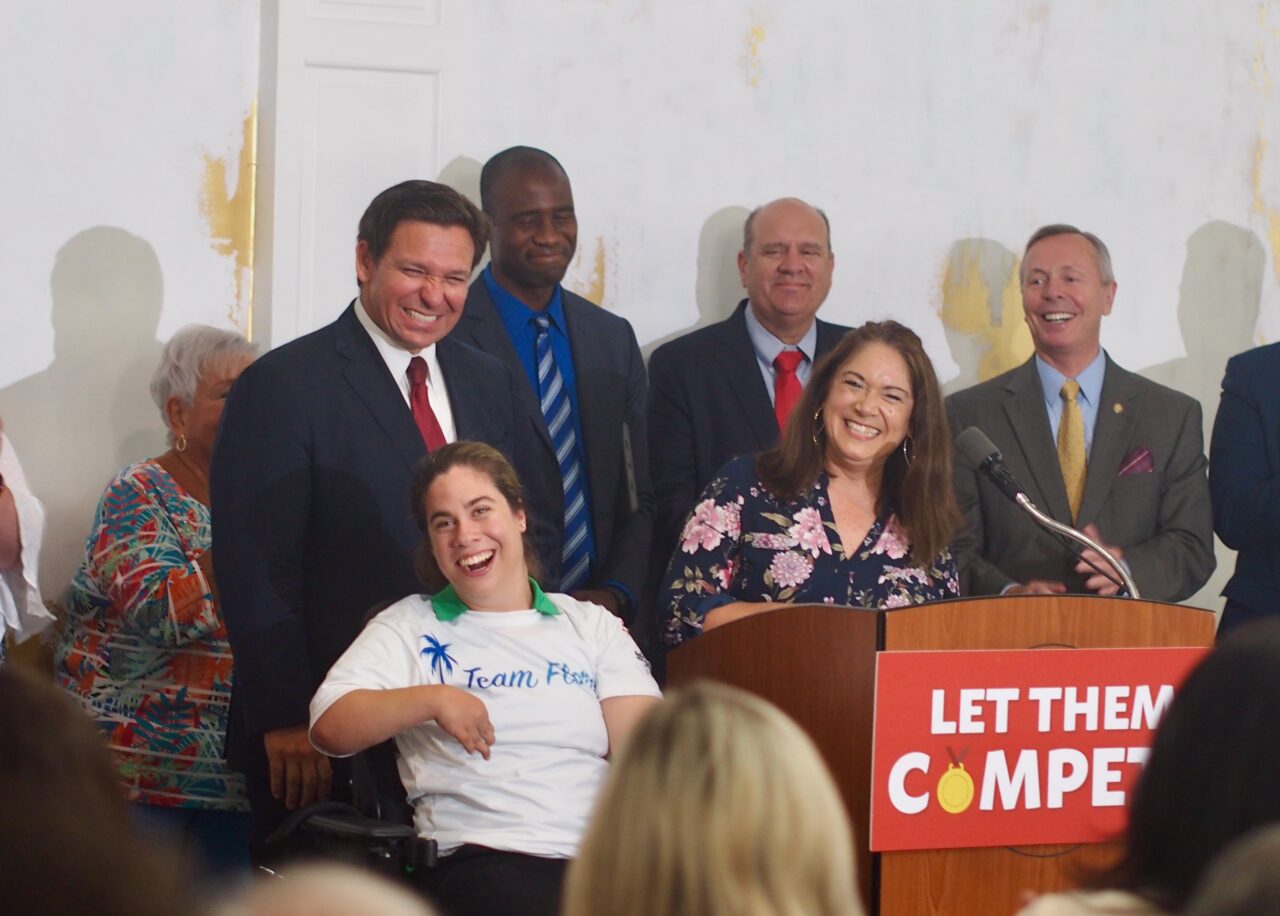 The decision comes days before the sporting event.

Special Olympics International will no longer require participants in the USA Games to be vaccinated against COVID-19, Gov. Ron DeSantis announced. The news comes two days before the scheduled beginning of the eight-day event in Orlando.

DeSantis said his administration has been fighting the Special Olympics for six months. The state threatened the organization with a $27.5 million fine if they imposed the requirement, which DeSantis said violated a ban on vaccine passports signed last year.

“We’ve never seen something wielded like this vaccine to try to marginalize disfavored people to try to deny people full freedom and full rights,” he said.

Special Olympics International sent out a release announcing the change.

“Delegates who were registered for the Games but were unable to participate due to the prior vaccine requirement, now have the option to attend. SOI, Special Olympics North America, and the 2022 Special Olympics USA Games Local Organizing Committee will make best efforts to accommodate eligible individuals,” the statement reads. “For 54 years, Special Olympics has been brave in the attempt. We don’t want to fight. We want to play.”

At the event Florida Surgeon General Joseph Ladapo not only slammed the requirement of vaccines for the event but questioned whether the vaccine was even safe.

“Scientifically, it makes zero sense,” Ladapo said. “How can you force people to take a vaccine in order to stop transmission when that vaccine is not effective at stopping transmission?”

He went further to say parents had rights to question if their own children even should be vaccinated.

“People will say oh, you know, millions of people have taken these vaccines, they must be safe,” he said. “Well, you can’t know the answer to that when it is taboo to talk about having a reaction after vaccines.”

Some unvaccinated Special Olympics athletes whose participation in the event hinged on the announced resolution shared the stage with DeSantis.

“This was a big, long-term goal for me,” said Frank Vernoia, an athlete who plans to compete in the golf competition.

“Being told that I was able to go in February, and then coming just a couple months ago and being told no, being threatened with emails after emails that I would have to prove vaccination to go … it was a good thing to work with the Governor’s Department of Health. I want to thank them all for fighting and standing up for us.”

Judi Hayes, an Orange County mother who last year sued the DeSantis administration when it prohibited school mask mandates, said she won’t attend the Special Olympics this year because of the decision.

“I will be boycotting the Special Olympics because we deserve better than this,” said Hayes, whose son has Down syndrome. “At least remove the fascist dictator as honorary co-chair.”

She was intending to attend the USA Games this year as a spectator, and her son was signed up to do a Special Olympics summer bowling program, with her older child participating as a “unified partner.”

“We will no longer be participating in those activities unless and until the Special Olympics stops capitulating to DeSantis,” she said.

DeSantis noted at the press conference both he and First Lady Casey DeSantis serve as honorary co-chairs for the 2022 Special Olympics USA Games, which hasn’t changed even in the months of wrangling over the vaccine requirements.

With the decision coming days ahead of the international event, DeSantis acknowledged some athletes impacted by the mandate may not benefit from the resolution on the issue.

“I am a little disappointed,” he said. “Maybe if you’re in Hawaii, you’re probably not going to be able to get to Orlando on 24 or 48 hours notice. So there still may be some athletes who would want to compete but because it took so long. Maybe just logistically that they won’t be able to, and I think that that’s really unfortunate. But it wasn’t for a lack of effort on our part.”

But advocates for the disabled made clear they have concerns over the decision.

“The Special Olympics include many athletes whose disabilities may make them particularly susceptible to COVID,” said Peter Sleasman, executive direc tor of Disability Rights Florida.

“Those athletes may now be put in the difficult position of having to choose between their health and a competition that they have worked hard for and looked forward to. This is a decision that should have been left to the Special Olympics Committee in consultation with the athletes without the threat of a massive fine by the State.”