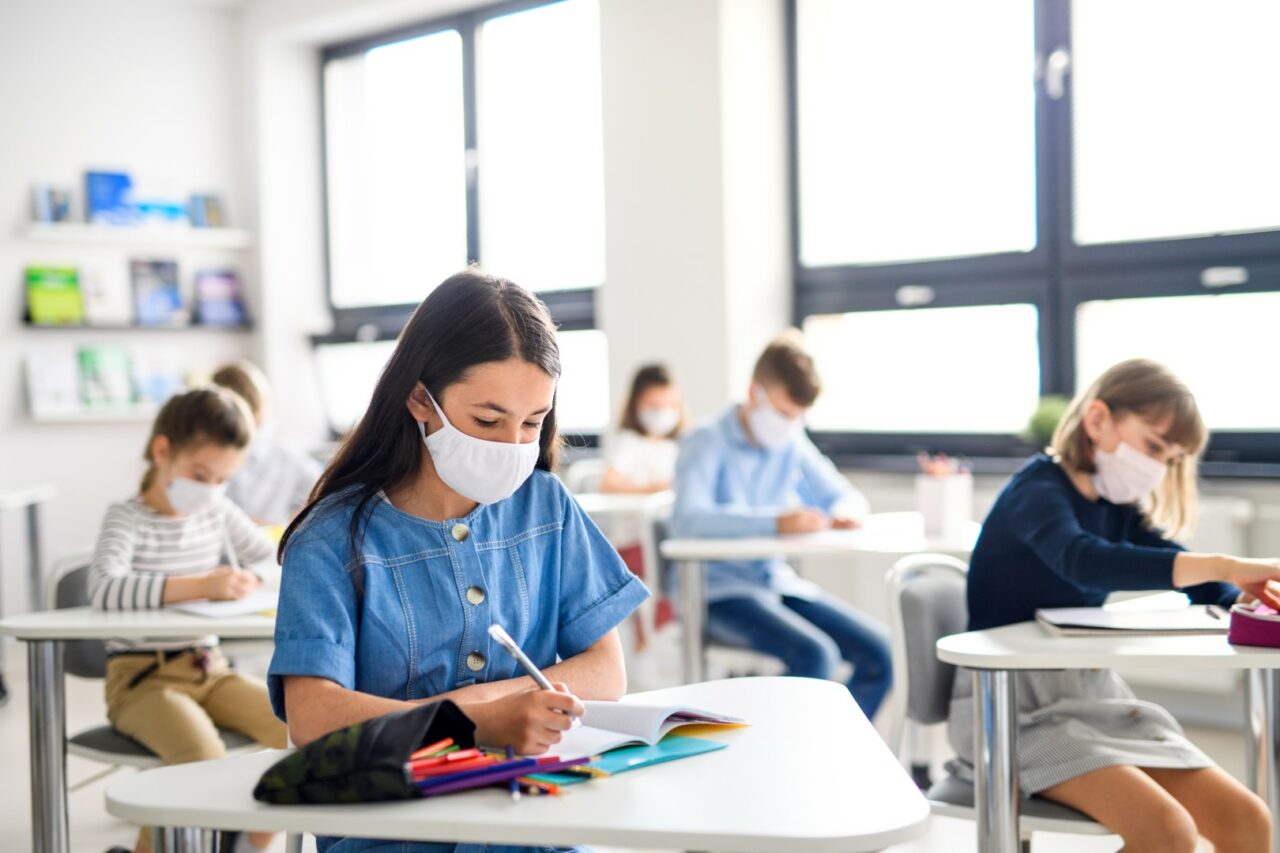 The state is threatening action against school districts that require masks.

Parents of students with disabilities are suing to strike Gov. Ron DeSantis‘ school mask mandate prohibition as a violation of state and federal law.

According to a lawsuit filed shortly after a State Board of Education emergency meeting stemming from DeSantis’ executive order, preventing schools from enforcing mask requirements could be deadly for students with disabilities who are at a high risk for illness.

Lawyers from Disability Independence Group, the disability advocates who filed the lawsuit, argue the executive order and its accompanying threat to cut funding to school districts that go forward with mandates violate the Americans with Disabilities Act, the Rehabilitation Act and the Florida Educational Equity Act. Prohibiting mask mandates in schools prevents vulnerable students with disabilities from returning to public school classrooms, forcing children to go elsewhere or take virtual classes that might not be suitable for their cognitive abilities, the suit continues.

“Excluding children from the public-school classroom because of a disability or not placing a student in the least restrictive environment is exactly the type of discrimination and segregation the ADA and its amendments aim to prevent and specifically prohibit,” according to the lawsuit.

Meanwhile, reports show an increasing number of hospitalizations among children for COVID-19 not seen in prior surges before the delta variant. Leon County Schools Superintendent Rocky Hanna on Wednesday said several of the district’s school-age children had been hospitalized.

DeSantis filed his executive order last week as cases began rising and some school districts hoped to implement mask requirements. On Friday, the Board of Education passed emergency rules against “COVID-19 harassment,” including mask mandates. Those rules would allow parents of students who go to schools with mask requirements to transfer their children to private schools or other districts.

“This entire effort is likely illegal. They are bending over backwards all for politics,” tweeted Orlando Democratic Rep. Anna V. Eskamani, who praised parents for bringing the lawsuit.

DeSantis has hinted at a Special Session on masks, and he says the Parent’s Bill of Rights he signed into law in June ensures parents have the authority to make decisions about their own children’s medical and mental health.

Students have been hurt by a lack of face-to-face interactions in the classroom, DeSantis and Corcoran say.

The Board of Education’s rule works in tandem with a Department of Health rule requiring schools to let parents or guardians “opt-out the student from wearing a face covering or mask.” Surgeon General Scott Rivkees signed that rule Friday, along with rules for COVID-19 symptoms, positives and exposures.