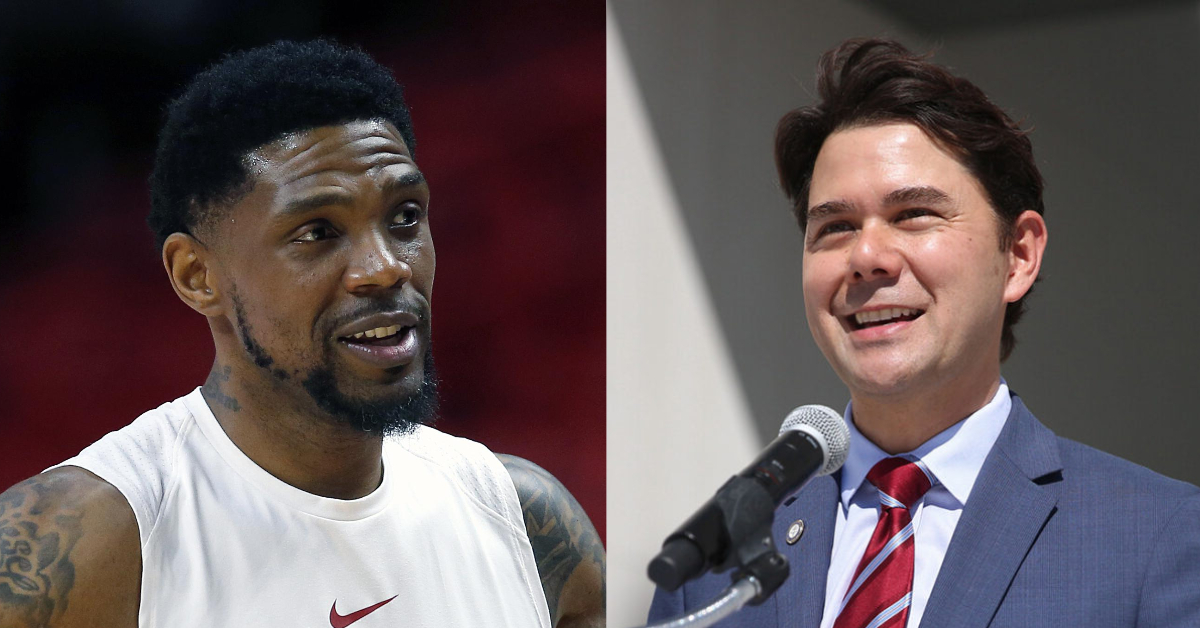 'Only the real ones get my vote.'

Democratic Miami Commissioner Ken Russell’s campaign for Congress just got an assist from the longest tenured Heat player in the franchise’s history.

Only the real ones get my vote💯 With all that @kenforflorida has done for our city having his back as he makes his push for US congress was an easy decision.

Show your Support for Ken Russell and help get a real change-maker a seat in DC! #kenforcongress #yesweken 🤝#OG ⚓️ pic.twitter.com/Jd9qjaQNix

Haslem, a Miami native who in August re-signed with the Heat for a record 19th season, has been investing for years in his hometown through job-creating entrepreneurial endeavors and partnerships, such as the Haslem Housing Venture, which is helping to develop the mixed-income Wynwood Works housing project in the city’s arts district.

While far from the most outspoken pro athlete, Haslem hasn’t shied away from sharing his political views. He hinted at a future mayoral run a decade ago. In recent years, he’s focused on boosting Black voter turnout and combating voter suppression.

Haslem’s relationship with Russell began after the basketballer wrote a March 2020 essay for The Players’ Tribune titled “The Real Miami,” which highlighted vulnerable communities, particularly children, overlooked early on in the pandemic.

Within hours of the article’s publication, Russell raised Haslem’s message in a City Commission meeting and demanded action. The Commission agreed to set aside $1 million to help feed families through a newly created initiative called “Power Forward Through Hunger,” which was named for Haslem and powered by Miami-based REEF Technology and grocery delivery service Stock-Up Mart.

When Haslem went out into the community to hand out food, Russell was there beside him. Now, Haslem is standing beside the two-term Miami Commissioner as he vies for a seat in the U.S. House.

“You know I don’t get involved in politics, but I do get involved in Miami. That’s why I’m giving a huge, huge shoutout to my boy, Ken Russell, who’s running for U.S. Congress,” Haslem said. “Ken really, really gets it, y’all. He read my article on The Real Miami, and he was on the front lines with me. We brought meals to families throughout the pandemic. He’s also been a part of providing affordable housing for Miami residents. And that’s why I’m endorsing Ken Russell for U.S. Congress.”

Salazar won the swing district by two percentage points in 2020, the same margin currently separating Russell and Salazar now, according to a survey his campaign commissioned in April.

Russell’s campaign this week tapped grassroots political strategy firm Mi Vecino Strategies to help him engage with Latino voters in the district, which is 74% Hispanic — the highest percentage for the voting age population anywhere in the state.

“Ken Russell is a fighter,” said Mi Vecino Strategies co-founder Alex Berrios, a former boxer who was most recently the campaign director and senior adviser of the Florida Democratic Party. “At a time when GOP politicians like María Salazar uses our children’s lives and safety as collateral for their political agenda, our community needs an advocate who won’t back down. Mi Vecino is proud to work with the Russell campaign to elevate the voices of Hispanic voters and send Ken to Congress, where we know he’ll work relentlessly to address the needs of our community.”

Russell is set to face one opponent in the Democratic Primary: Angel Montalvo, a self-described “unapologetically progressive” candidate who so far has remained true to his commitment to run a 100% grassroots campaign.

The winner of that contest will take on the winner of a Republican Primary between Salazar and Frank Polo, who filed to run in late January and reported no first-quarter fundraising or spending; and no-party Ian Anthony Medina, who has raised nothing since filing to run in July 2021.

Jesse Scheckner has covered South Florida with a focus on Miami-Dade County since 2012. His work has been recognized by the Hearst Foundation, Society of Professional Journalists, Florida Society of News Editors, Florida MMA Awards and Miami New Times. Email him at [email protected]loridaPolitics.com and follow him on Twitter @JesseScheckner.