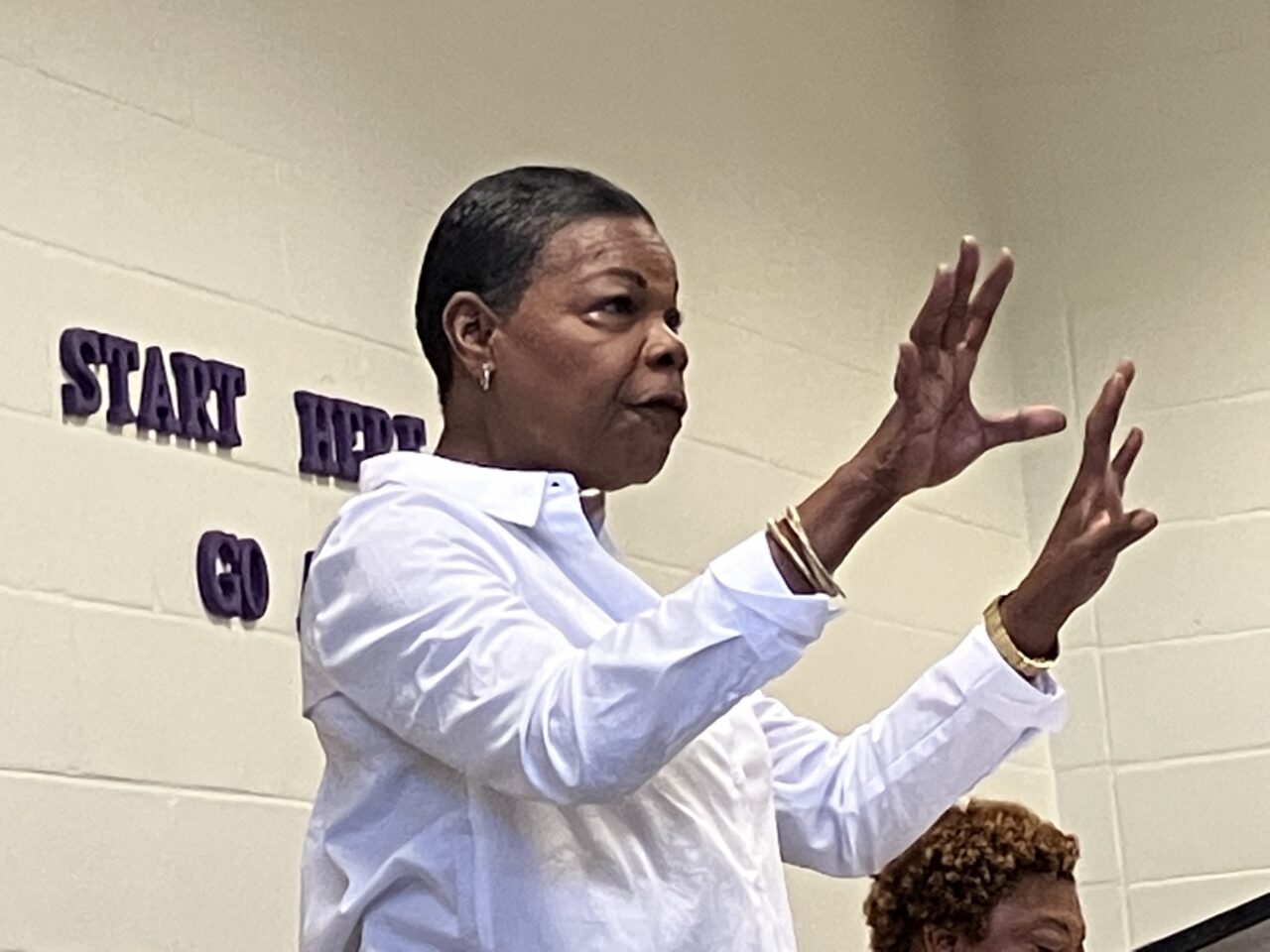 Gibson is the second Democrat in the field.

Sen. Audrey Gibson entered the Jacksonville mayoral race Tuesday, a decision she has telegraphed for months.

Gibson told Florida Politics Monday evening of her decision, and we were on hand for her filing.

The Senator vowed to be a “strong Mayor” if elected, reminding reporters of her long career of work on projects involving JAXPORT, resiliency issues and resiliency efforts. She urged people to stay “laser-focused on Jacksonville issues alone” and “drown out the noise that divides us” in prepared remarks.

Asked whether she was running to sabotage the other Democrat in the race, former newscaster Donna Deegan, Gibson again said she wanted to “drown out the noise” and that her running was “absolutely not” a commentary on Deegan’s campaign, which has yet to catch fire in some people’s eyes, despite her strong poll numbers thus far.

A former leader of the Senate Democrats, Gibson will enter the race at a cash disadvantage to Deegan, who had roughly $400,000 on hand at the end of April. May numbers are due this week for Deegan and all other candidates.

The real money in the race is on the GOP side of the ledger.

Between her campaign account and her JAX First political committee, City Council member LeAnna Gutierrez Cumber raised over $200,000 in April. All told, Cumber has raised more than $2.5 million between the two accounts.

Despite still not being a filed candidate, Jacksonville Chamber of Commerce CEO Daniel Davis’ political committee, Building a Better Economy, had roughly $4 million cash on hand after April’s accounting.

Republican Al Ferraro has a little more than $200,000 on hand for his grassroots campaign.

Independent candidate Omega Allen had (at last count) roughly $3,000 on hand. She has run before on shoestring budgets, however, finishing third place in a four-candidate field in 2019 with more than 10% of the vote.