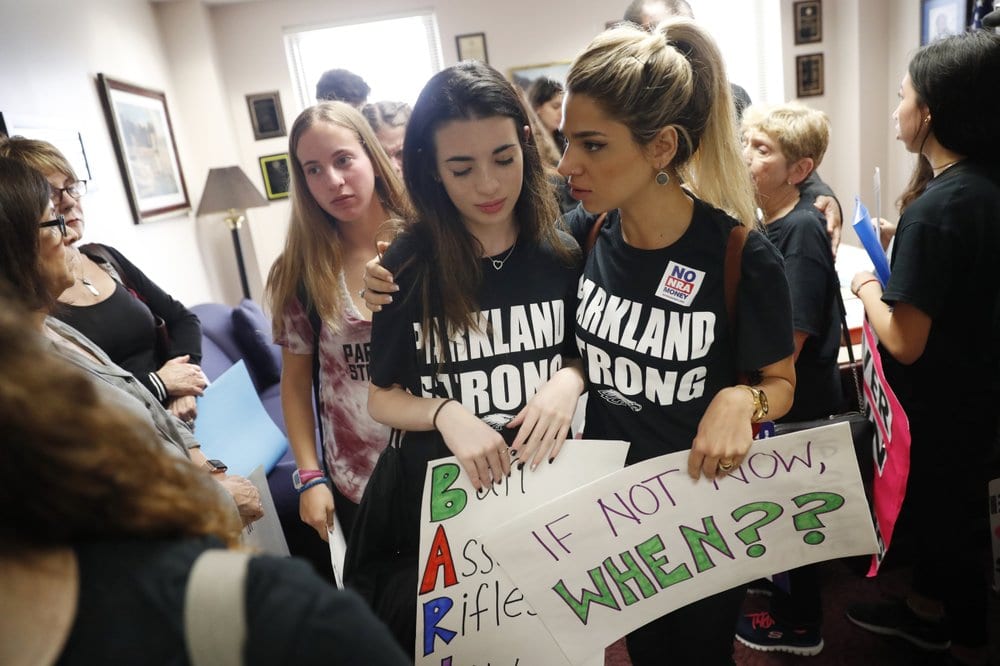 The law is an update to the 2018 law passed in response to the state's worst school shooting at a Parkland high school.

The new law aims to improve earlier legislation passed in response to the state’s worst school shooting in 2018 at MSD High School in Parkland. Testimony during this year’s Senate and House hearings on the update revealed none of the state’s 67 school districts were entirely in compliance with the law that aimed to improve school safety.

So the new law will cement some new requirements and increase school districts’ accountability.

“Every child needs a safe and secure learning environment,” DeSantis said in a statement. “By signing HB 1421, we continue to build on the many steps we have taken since 2019 to implement the recommendations of the Marjory Stoneman Douglas Public Safety Commission, while also making record investments in mental health and school safety.”

The Governor highlighted a number of provisions in the 19-page law. The law will:

— Extend the term of the Marjory Stoneman Douglas High School Public Safety Commission from 2023 to 2026.

— Increase the powers of the Education Commissioner to enforce, rather than just oversee, school safety and security compliance.

— Require law enforcement officers to be active at assailant emergency drills at school.

— Require school boards to adopt family reunification plans in the event of an evacuation to avoid the chaotic scene that unfolded after the MSD shooting.

Tuesday’s signing drew praise from stakeholders, according to the Governor’s Office.

State Board of Education Member Ryan Petty, whose daughter was killed in the MSD rampage, called DeSantis’ action “a huge leap forward.”

“Extending the Commission’s work and requiring mental health and de-escalation training for safe-school officers will make a major difference in mitigating the risk of a future tragedy,” he said.

Tony Montalto, the president of Stand with Parkland who lost of daughter in the shooting, called the legislation “an important next step” to providing students and parents the assurances they need.

“Florida will continue to do everything possible to make sure our schools meet the highest safety standards and that mental health issues associated with school violence are being addressed,” Montalto said.

Every year DeSantis has been in office, he’s increased these investments, according to the release. Although his decision to end the state’s biennial participation in the Centers for Disease Control’s Youth Risk Behavior Surveillance Survey, which identifies student risks, has come under criticism.

“In 2018, the Florida Legislature passed significant school safety legislation and has continued to show their commitment to making improvements where deficiencies are found,” she said. “As the former Mayor of Parkland, I am pleased to work with Rep. Hawkins and my colleagues to keep school and community safety a top priority in the Florida Legislature and will continue to work on legislation that keeps our students, faculty, staff, and families throughout Florida safe.”