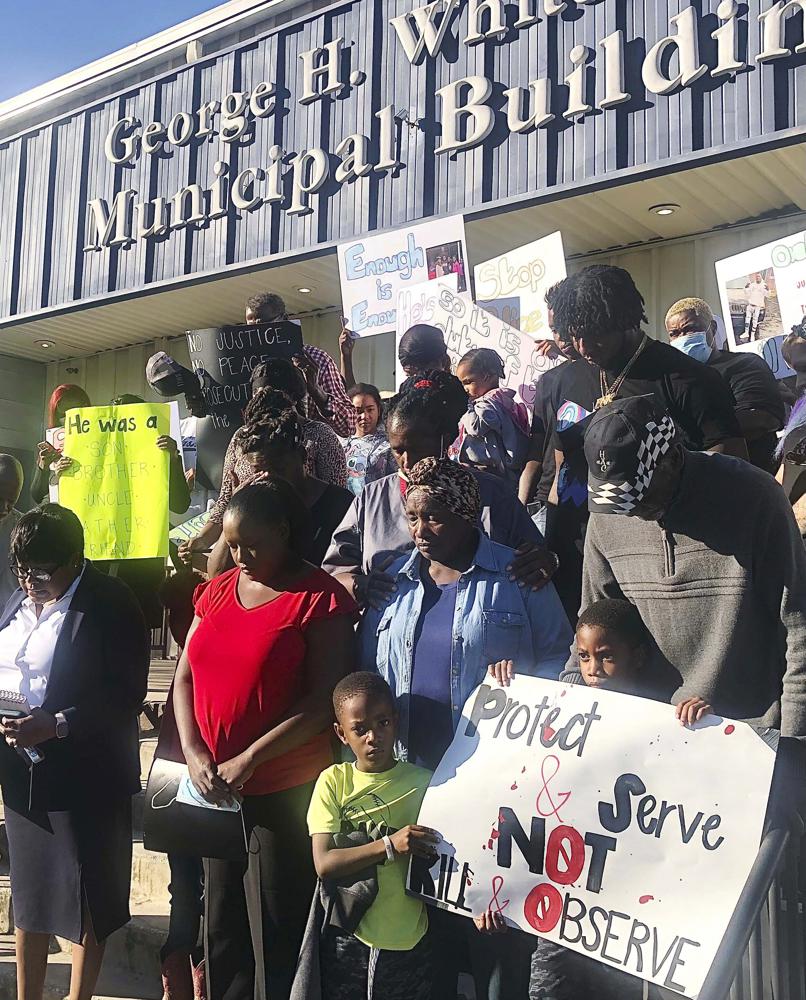 Three Florida police officers were charged with manslaughter in the death of a man who was subdued with a stun gun last fall, a state attorney announced Tuesday.

A grand jury in Okaloosa County indicted Crestview police officers Brandon Hardaway, William Johns and Evan Reynolds in the death of Calvin Wilks Jr., 40, who died in October the day after an encounter with police, State Attorney Ginger Bowden Madden said in a news release.

The release said Madden was prohibited from commenting on evidence presented to the grand jury.

“Let us understand that our law enforcement officers face a difficult job every day; however, the sanctity of a life must never be unjustifiably compromised,” Madden said.

The Crestview Police Department issued a news release saying the officers were suspended pending the outcome of the criminal case. The department also rereleased its original news release after Wilks’ death, which described him as combative.

Crestview police said they received a call at 2:45 a.m. from a resident who heard a woman scream, “Please stop!”

Wilks told responding officers he would cooperate, but then closed the door and refused to open it for five minutes. When he did, officers said he was in “in a highly agitated state,” the department said.

Wilks told officers the woman who lived at the address was in the building’s parking lot. Officers searched and could not find her, the department said.

“Mr. Wilks continued to act aggressive and made several attempts to close the door on an officer’s foot, slamming it several times. Officers attempted to deescalate Mr. Wilks’ aggressive behavior. After receiving no cooperation from Mr. Wilks, officers attempted to detain Mr. Wilks who became combative, and physically resisted by pulling away and kicking the detaining officers. During the incident, Mr. Wilks was tased in the hip, and eventually officers were able to restrain him,” the October release said.

The department said it called emergency medical services because they were concerned Wilks was on drugs. After an ambulance arrived, he was unresponsive and died the next day.

Prosecutions of police officers are rare. Police are given latitude to shoot people or use stun guns when the need arises. In Florida, the state Supreme Court ruled in 2018 that police officers have the same “stand your ground” defense as anyone else with regard to their duties.

But in 2021, the Florida Supreme Court rejected the appeal of a police officer convicted of manslaughter and attempted murder for the fatal shooting of a Black motorist whose car had broken down on an interstate off-ramp. The justices decided that they would not consider the appeal filed by fired Palm Beach Gardens officer Nouman Raja, who is serving a 25-year sentence for the 2015 killing of 31-year-old Corey Jones.