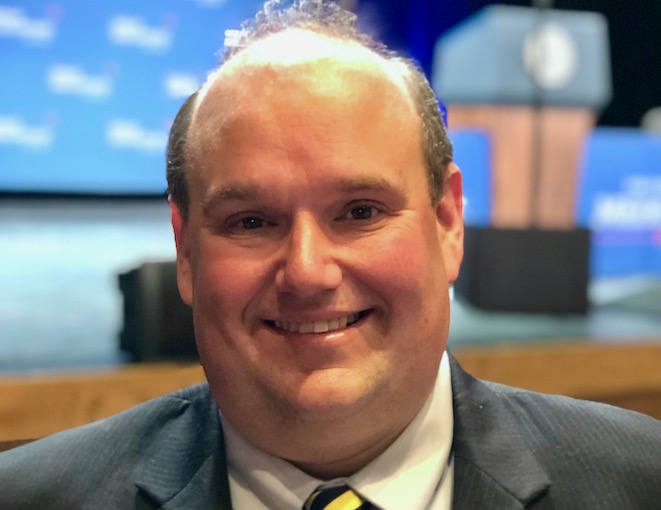 Hart also picked up $32K in donations in his first 2 weeks, tops in the race for May.

Hart, a lawyer, also established his financial credibility in May, raising $32,045 in his first two weeks on the campaign trail, easily outperforming his Republican and Democratic opponents in the district.

“Charles Hart doesn’t back down from a fight when our conservative principles are on the line,” Simpson, now a candidate for Agriculture Commissioner, said in a news release issued by Hart’s campaign.

“He has shown the hardworking families and business owners of Orange and Seminole counties that he stands strong for freedom and opportunity for all Floridians.”

Redistricting has created HD 39 as a district covering northwestern Orange and southwestern Seminole, including Apopka, part of Winter Garden, parts of Altamonte Springs and Longwood, and the Wekiva Springs area.

There is no incumbent in the area.

Results of the past couple of General Elections show the district is pretty evenly split between Republicans and Democrats.

Luther Dowe and Tiffany Hughes are running for the Democrats.

“Senate President Simpson knows what it takes to keep Florida moving in the right direction because in the last two years he’s worked shoulder to shoulder with Governor (Ron) DeSantis to do just that,” Hart said in his news release. “President Simpson is a business-minded, results-oriented leader who has helped make Florida a nationwide leader and conservative bastion of freedom and prosperity.”

The May campaign finance numbers posted by the Florida Division of Elections show Hart raised $32,045, and spent about $1,000 since filing to run May 16.

Bankson raised $4,170 for his official campaign fund and another $4,000 for his independent political committee, Life and Liberty. Through May, Bankson has raised $68,000 for his campaign and spent about $5,000 of that. His committee entered June with about $4,000.

Ross did not report any financial activity in May.