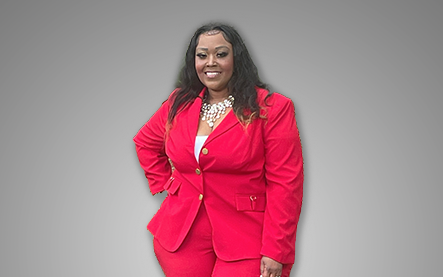 Her qualifying fee check was for wrong amount. No one noticed until too late. She's out.

The final one in is out.

For a brief, shining moment Friday, Campbell got a bit of Tallahassee media attention, having been the last candidate at the desk. She was there to qualify for the HD 42 Republican Primary Election, hoping for a shot at Democratic incumbent Rep. Anna V. Eskamani in the central Orange County district.

Apparently, no one — including Campbell herself — noticed right away that the check she handed over to cover her qualifying fee was for the wrong amount.

And then, on closer inspection, Division of Elections clerks saw by Monday that her check appears to be $81 short of the $1,781.82 fee needed to run for the House. Her handwriting looks like, “One thousand seven hundred (and) 82 cents.” There was no numeric entry of any amount to confirm or refute that written number.

The Division of Elections disqualified her from the ballot.

Still in are Republican candidates David Dwyer of Orlando and Bonnie Jackson of Winter Park.

Eskamani, who has served two terms, has no Democratic Primary opponent.

“She was the last person there and they had a pretty good system going. They had a desk set up to make sure everything is notarized. They usually do a pretty good job, in my view, reviewing documents candidates give before they walk out the door. But in this case it really was a rush-rush thing,” said consultant Michael Dobson. “I believe when she handed them the check, I don’t think anyone ever looked at it.”

It would have been very simple, he said, for her to just write another check.

Campbell, an independent insurance adjuster, is looking for an avenue of appeal, talking Tuesday to Division of Elections officials about what options she might have.

She may consider the prospect of suing to get on the ballot. That happened two years ago when Yukong “Mike” Zhao was disqualified for the ballot because his paperwork was deemed late, even though it was in the Division’s incoming mail box at the deadline. He sued and won and was reinstated to the ballot.

Dobson said that’s what Campbell may do, “unless the Division of Elections decides to look at this again.”

previousLast Call for 6.21.22 — A prime-time read of what’s going down in Florida politics