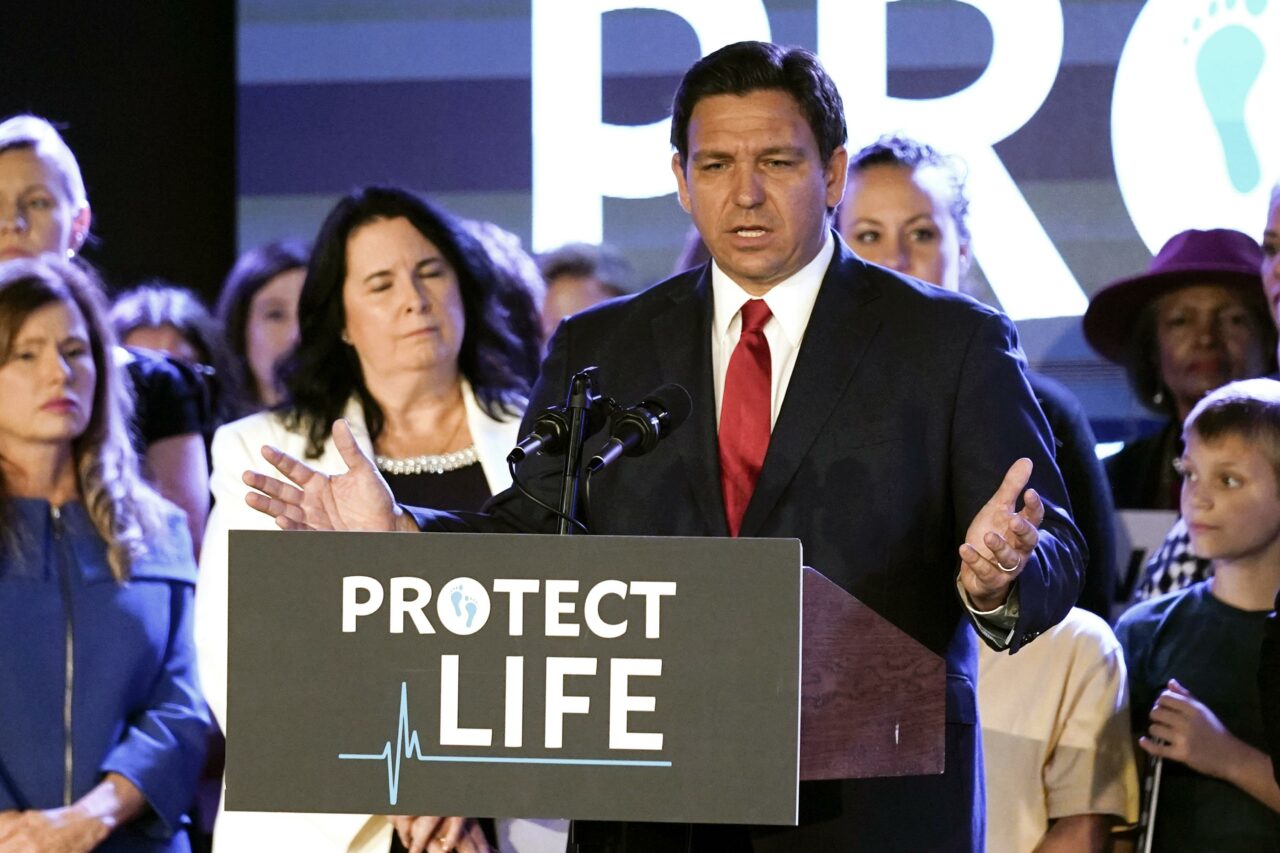 Republicans evolved from pro-life to pro-birth, but now they're strongly pro-control.

There are many implications to the ruling by the U.S. Supreme Court that gutted Roe v. Wade beyond the obvious one.

The Republican response so far is (paraphrasing here) too bad, not sad. It’s a catastrophe for pregnant women desperate for an abortion. Rape? Incest? A one-night mistake?

The ruling is a massive victory for the state’s rights believers, who say the federal government should let the dis-united states handle their affairs. Put a place marker by that one, and we’ll get back to it in a bit.

In the meantime, we’re about to discover how Florida women feel about this decision. Yay, or nay?

Nikki Fried received an issue she believes she can ride to the Governor’s mansion. She’s already trying to pancake Charlie Crist’s stance that he’s a pro-life Democrat.

She quickly went for the jugular at Crist, tweeting: “Can’t believe I’m in a Democratic primary with a ‘pro-life’ guy. Seriously. WTF.”

Meanwhile, Gov. Ron DeSantis didn’t let the moment pass. He’s the lead car in Florida’s pro-life lane, a position he plays to perfection with his deep red base.

“The prayers of millions have been answered,” the Governor tweeted.

“For nearly fifty years, the U.S. Supreme Court has prohibited virtually any meaningful pro-life protection, but this was not grounded in the text, history or structure of the Constitution.”

It will surprise, well, everyone if the puppets in the Legislature don’t send a total abortion ban to DeSantis at some point. So much for the “free state of Florida” idea.

Nationwide polls show strong disapproval of the SCOTUS ruling, but I’m skeptical that it will matter here. Many consider DeSantis invincible for re-election, and the state House and Representatives districts largely benefit Republicans.

An electoral map of Florida looks like someone spilled a bucket of red paint. That may ensure the GOP controls the Legislature, but in the Governor’s race, a vote in Miami counts the same as one in Pensacola.

The question becomes: Have abortion rights advocates finally found their “you’ve gone too far” issue? Or can the “states’ rights” argument carry the day for this election and years going forward?

This issue has been around since before the Civil War. (Goggle it, kiddies, since the current administration would probably frame it as the “war of northern aggression.”)

Back here in real-time, the SCOTUS ruling seems clear enough: there is no federal protection or prohibition for abortion. It’s up to the individual states to decide how they want to go.

OK, but why stop there?

If we go to war, can states choose to opt-out? And why should individual cities be subject to a one-size-fits-all rule from Tallahassee? Let the cities decide what they want to allow.

Obviously, that’s sarcasm, but the next sentence isn’t.

The day before the ruling on abortion, the Court went in the opposite direction. It struck down New York’s state law that placed restrictions on persons carrying concealed guns in public, even for self defense. The Court said that authority belongs to the feds.

Most people in Florida probably watch this out of the corner of their eye, figuring whatever DeSantis does won’t affect their lives. However, thousands of Florida women just realized that’s no longer true.

They see Republicans clamoring for control of a woman’s most personal issue. Then they hear conservatives, flushed with victory, discuss going after contraceptives and gay marriage.

This is no “live and let live” party, folks.

SCOTUS Justice Clarence Thomas — Atilla The Hun in judicial robes, only not as likable — wants to tell you to live and would vote for laws to make it so.

The GOP used to be the pro-life party but became more pro-birth than anything else over the years.

But now, Republicans, the erstwhile party of freedom, are pro-control.

We should know soon enough how willing Democrats are to put up with that.