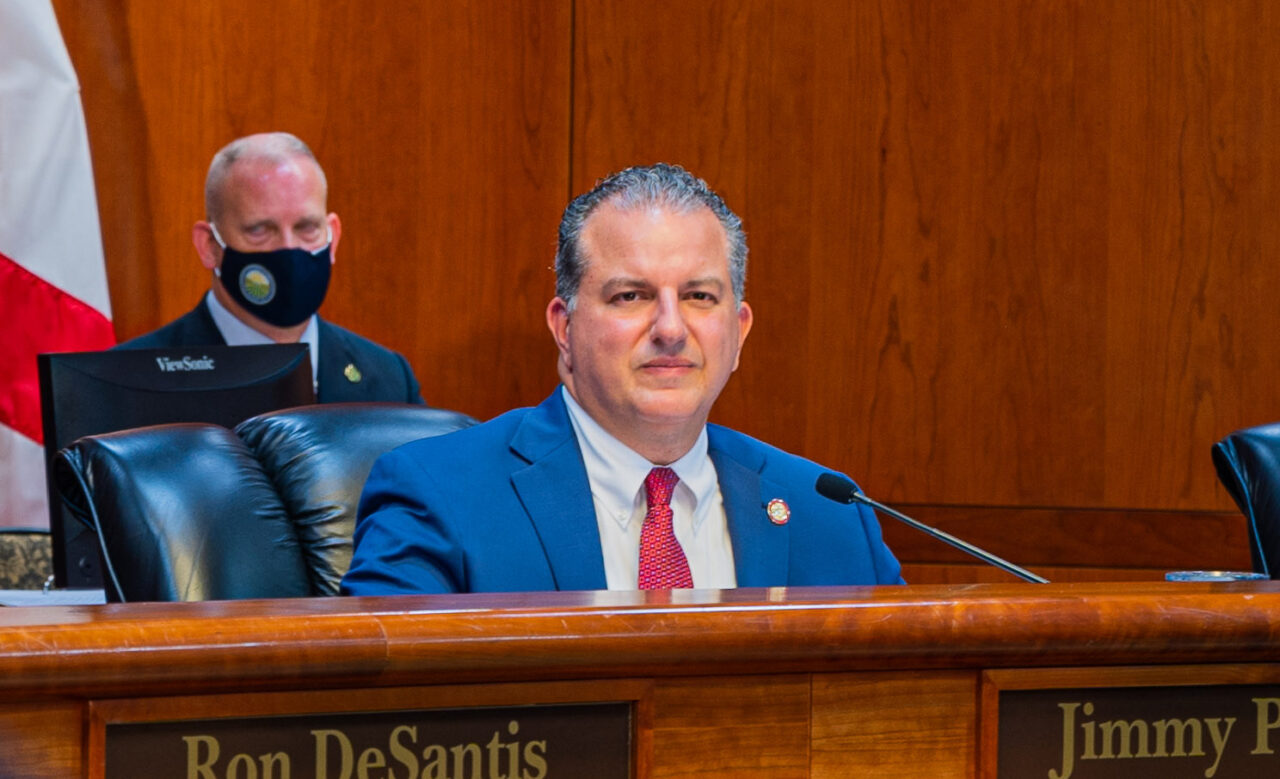 Chief Financial Officer Jimmy Patronis did not agree with Dr. Lisa Gwynn and removed her from the Florida Healthy Kids Board.

Florida Chief Financial Officer Jimmy Patronis is pushing out a pediatrician from a board in charge of running the state’s Healthy Kids program because of her viewpoints on vaccines for children under 5.

Patronis’ office notified Dr. Lisa Gwynn, who is also serving as the president of the Florida Chapter of the American Academy of Pediatrics, in an email sent on Wednesday.

The brief email did not go into great detail, but said that Patronis — a Republican running for re-election this year — was removing Gwynn from the Florida Healthy Kids Board because she had made “some very political statements that do not reflect the CFO’s point of view, even going so far as to as to say that the state is ‘obstruct(ing)’ access to vaccines.”

“The CFO does not share your opinion and believes the state has gone to great lengths to protect lives in the face of the Coronavirus,” reads the email sent to Gwynn by Susan Miller, who is Deputy Chief of Staff for Patronis.

In an interview with Florida Politics, Gwynn said the Healthy Kids Board of Directors has only met once since her appointment in March.

But health departments also play a key role in helping distribute vaccines to pediatricians who work in rural areas or in small group practices.

Pediatricians who don’t have access to large amounts of cold storage capacity rely on the local county health departments to supply COVID-19 vaccines for their patients. Additionally, pediatricians who don’t meet the minimum number of doses required to order through the state system also rely on the health departments to provide them vaccines for their patients.

“Pediatricians can still do that to this day for kids over five,” Gwynn said of relying on the health departments to provide them with COVID 19 vaccines. “They, the Governor and the state Surgeon General, just chose to not allow the under 5 to be carried (by the health departments). This is about health equity and children that live in poverty. That’s what this is about.”

The Healthy Kids Corporation provides subsidized health insurance to children throughout the state with funding that comes from both the federal government and the state.

Gwynn, a South Florida pediatrician who cares for poor children, told Florida Politics she never identified herself as a member of the Florida Health Kids Board in any of the interviews.

“I don’t like to play this game. That’s not my intent to engage in this political war,” she said.

Sen. Tina Polsky, a Boca Raton Democrat who has been talking to Gwynn about the impact of the DeSantis administration’s decision on vaccines for small children, criticized Patronis’ actions.

“I am appalled at the decision of the CFO to oust Dr. Lisa Gwynn, the President of the Florida Chapter of the American Academy of Pediatrics, an expert in pediatric care and vaccines, from the Florida Healthy Kids Board because she spoke out against the administration in an effort to get her youngest, most vulnerable patients a life-saving vaccine,” Polsky wrote in a text. “The tyranny of this administration continues to smother any dissenting opinions (e.g. Dr. Scott Rivkees). All Floridians should know how an acclaimed doctor has been treated by the DeSantis regime.”

nextAP poll: About half say Donald Trump should be charged for Jan. 6