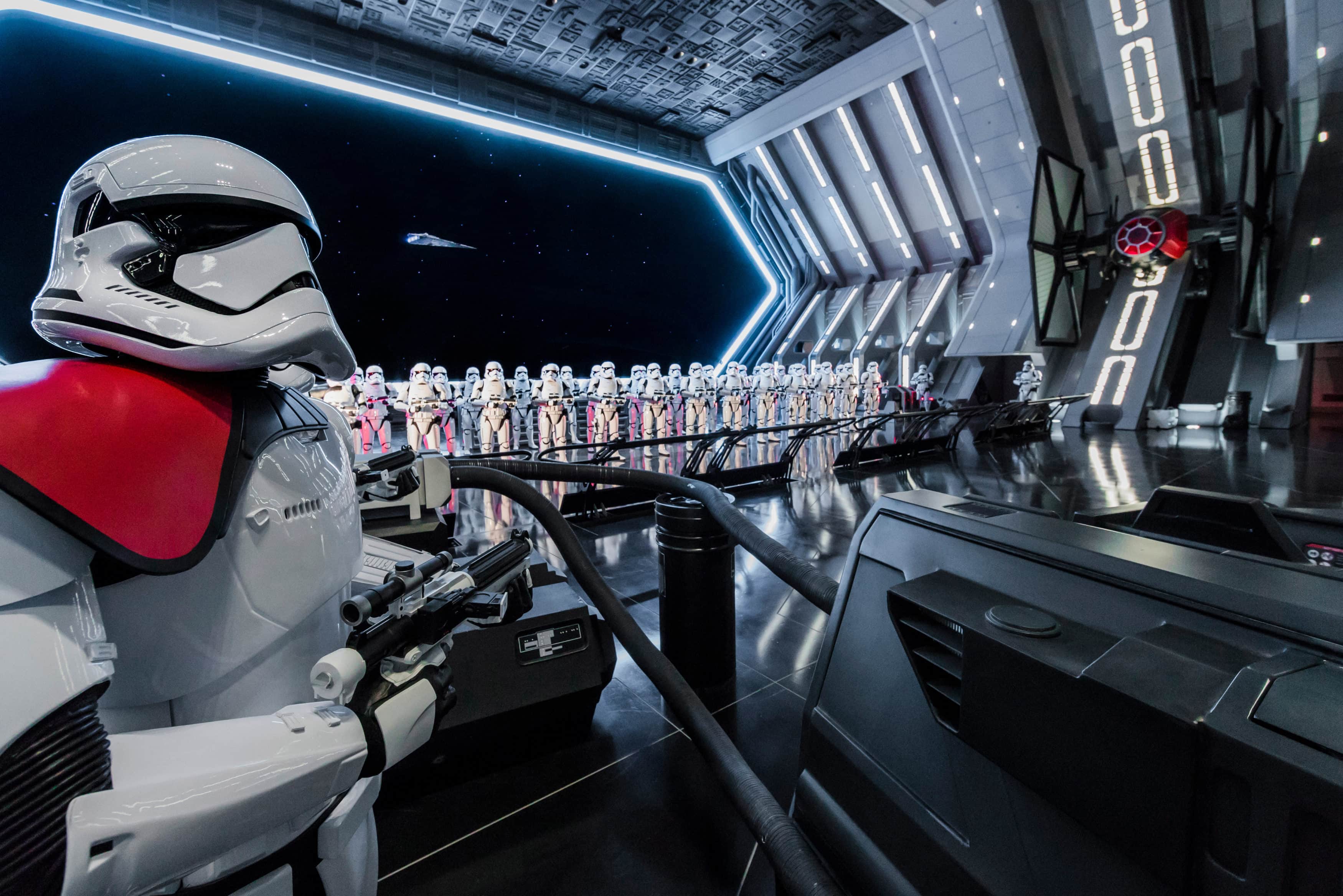 'Obviously, there's a lot of technology that goes into these rides.'

Disney argues it didn’t infringe on another company’s patent to help build “Star Wars: Rise of the Resistance” ride, the most technologically advanced attraction Disney has ever constructed.

Disney went on the offensive and questioned the validity of Raven Sun Creative’s patent, according to court documents filed by The Mouse in response to a federal lawsuit Disney is facing.

The reason, Disney said, has to do with its biggest competitor: Universal.

In court documents, Disney said Raven’s chief creative officer, Louis Alfieri, one of the inventors for Raven’s patent, was not upfront with the U.S. Patent Office about his previous work on Universal’s Transformers ride when Alfieri worked at Universal Creative. Disney claims the patent Raven is now suing Disney over for the Star Wars ride is similar to Transformers: The Ride — 3D. Since Alfieri didn’t disclose his work on Transformers, Disney said, The Mouse wants Raven’s patent to be thrown out, calling it unenforceable.

“If Alfieri had a similar patent or similar project at Universal … that could be bad news for Raven,” said Andrew Berks, a New York-based patent attorney at Gallet Dreyer and Berkey who isn’t involved in the lawsuit but reviewed the documents at Florida Politics’ request. Although, Berks added, Universal could have licensed the technology from Raven.

“Given the popularity of this ride, given that it’s Disney, it’s safe to say that they are going to not give up easily, and they’re going to put up a very aggressive fight,” said Padmaja Chinta, a New York patent lawyer from Chinta and Fratangelo who also reviewed the documents at Florida Politics’ request.

Raven first sued Disney last year and accused Disney of infringing on its patent for a theme park ride apparatus that coordinates a vertical-moving trolley on a tower with videos on a screen. The ride is synced with the video screen, so ride-goers feel immersed in the action.

Raven’s lawsuit alleges Disney used that same technology in the Rise of Resistance scene when an escape pod “jettisons” theme park-goers during the ride’s controlled-drop finale.

According to Disney’s response in court documents, Raven filed the patent paperwork in 2014 and obtained the patent in 2016. Rise of the Resistance debuted in late 2019 at Disney World’s Hollywood Studios.

Disney points to Transformers — which first started running at Universal parks in 2011 — before Raven was issued the patent.

Disney said Alfieri intentionally didn’t disclose his work on Transformers to the U.S. Patent Office “as a prior art reference.”

Raven said it contacted Disney in 2014 “long before the release of Rise of the Resistance” and submitted a proposal to Walt Disney Imagineering for its Ultra Tower Show Experience, according to Raven’s lawsuit.

Disney responded by telling Raven the patent was not enforceable and refused to make a licensing agreement with Raven, according to court filings. Disney said Raven couldn’t distinguish how its patent was different from Transformers.

The litigation is in the early stages, but it opens the door for both Raven and Disney to disclose information to each other during the discovery process, both Chinta and Berks said.

“They’ll ask for all kinds of documents about how this ride operates, the manuals, various depositions,” Chinta said. “And that’s when they really get into the details of how this ride is operating and what exactly the patent covers or does not cover.”

Disney and Raven did not provide statements when reached for comment last week.

“Obviously, there’s a lot of technology that goes into these rides,” Berks said.

Patents matter, he said, because “we have an interest in society to encourage innovation. It’s important that if somebody really is infringing on a patent that they pay for it.”