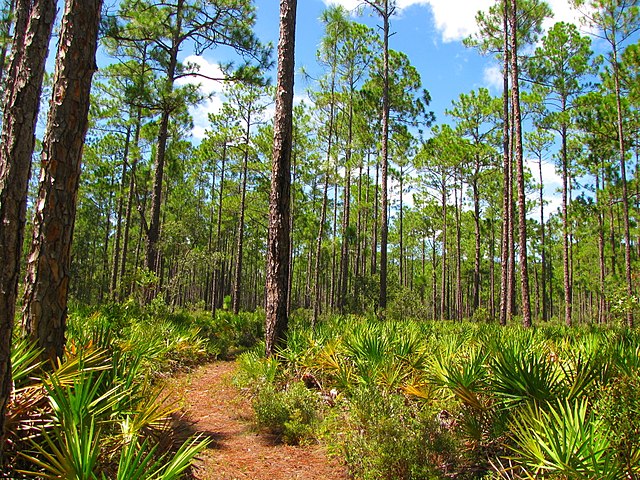 On July 1, 2021, the Florida Wildlife Corridor Act (SB 976) went into effect, to make policy and create incentives to stitch together conservation of wildlife habitats in the 18 million acres identified as a Florida wildlife corridor, including 10 million acres already under conservation protection.

The bill, a priority of Senate President Wilton Simpson, was carried by Republican Sen. Jason Brodeur of Sanford and Republican Rep. Keith Truenow of Tavares.

In the first year, 14 land parcels have been newly conserved through the Florida Forever program, including several considered critical: the Red Hills Conservation Area on Lake Miccosukee, the Corrigan Ranch in Indian River County, the Wakulla Springs Protection Zone near the Apalachicola National Forest, and the Coastal Headwaters Longleaf project, in Santa Rosa County.

“This anniversary provides an opportunity to reflect on the progress to date and envision how best to continue protecting the corridor and the wildlife which inhabit it,” said Mallory Dimmitt, CEO of the Florida Wildlife Corridor Foundation, in a news release.

“We need to continue taking thoughtful steps to ensure the Corridor’s protection,” she continued. “From the natural resources that millions of Floridians rely on, to a variety of industries crucial to our state’s economy, preserving Florida’s wildlife and wild spaces has many ripple effects.”

The corridor’s necessity for wildlife became clear in 2009 when wildlife officials tracked a tagged bear that traveled roughly 500 miles over eight weeks in pursuit of a mate, the foundation noted.

“Through its journey, the bear revealed the existence of a statewide corridor that wildlife needs to survive,” the foundation said in its release. “The discovery also highlighted the precarious nature of the connections between the land parcels that make up this corridor.”

The law has resulted in the protection of at least 36,445 acres of land with an investment of $32 million in public funds so far.

Among the big additions:

— The Red Hills Conservation Area protects biodiversity and endangered animals through conservation of pine savannah, rolling hills and miles of shoreline on Lake Miccosukee. This 4,132-acre easement was approved in March 2022 and is the first acquisition in this critical project area.

This project’s success was credited to the leadership of Tall Timbers, the landowners and the Florida Department of Environmental Protection.

This 4,381-acre acquisition was approved in September 2021 and was funded in part by the U.S. Air Force to buffer the nearby Avon Park Air Force Range.

— The Wakulla Springs Protection Zone protects Florida’s water supply by conserving land above the conduits that feed the caverns and springs, connecting one of the largest and deepest artesian springs in the world to Apalachicola National Forest. This 313-acre acquisition was approved in March 2022.

Significant funding for the project was secured by the Florida Forest Service through the Forest Legacy Program.

— The Coastal Headwaters Longleaf project serves the dual purposes of protecting forest habitat for flora and fauna and acting as a buffer to Whiting Field, protecting the installation from encroachments that might be incompatible with the military mission.

This 2,115-acre land acquisition was approved in September 2021 with the support of the Forest Legacy Program, The Conservation Fund and the National Fish and Wildlife Foundation/Walmart’s Acres for America Program.