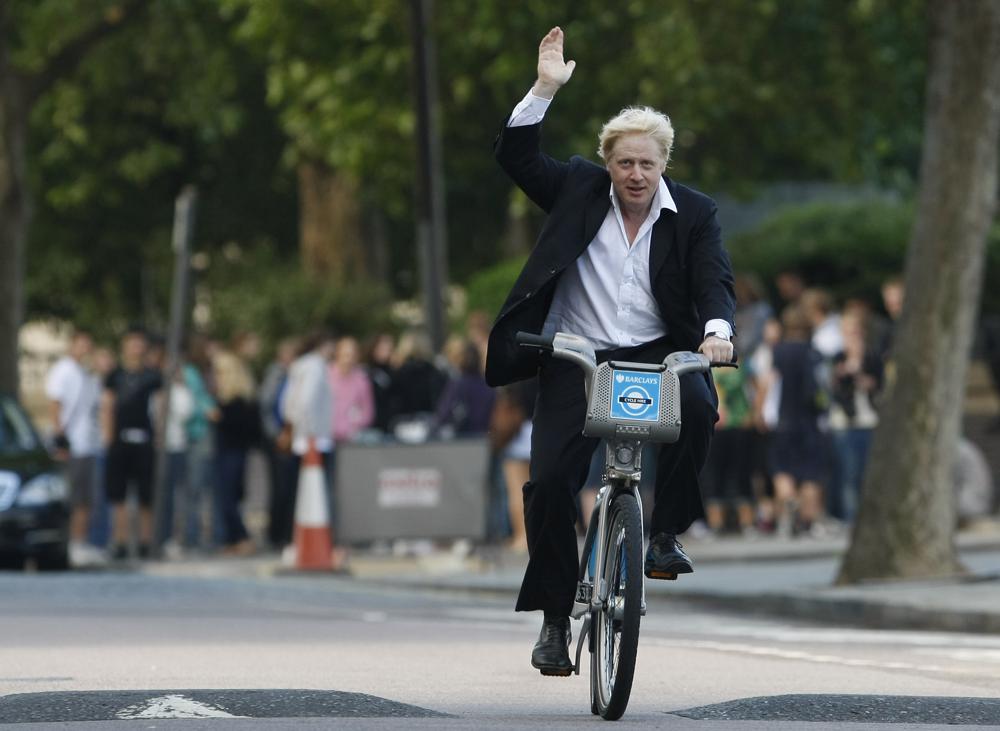 British Prime Minister Boris Johnson has said it is “clearly the will” of his Conservative Party that there should be a new leader as he announced his resignation.

Johnson said he will remain as British prime minister while a leadership contest is held to choose his successor.

Critics say he should not be allowed to remain as caretaker Prime Minister and he should be removed from office as soon as possible.

The announcement came after the latest ethics scandal around his leadership led some 50 senior lawmakers to quit the government.

Johnson finally succumbed to political reality and agreed to resign after the latest ethics scandal around his leadership led some 50 senior lawmakers to quit the government.

Johnson had clung to power for two days, defiantly telling lawmakers on Wednesday that he had a “colossal mandate” from voters and intended to get on with the business of government.

But he was forced to concede defeat Thursday morning after two more members of his Cabinet quit and one of his closest allies, Treasury Chief Nadhim Zahawi, publicly told him to resign for the good of the country.It wasn’t immediately clear when Johnson would leave office, however.

His resignation will trigger an internal election to pick a new leader of the Conservative Party, who will also be the next prime minister. That process is likely to take place over the summer.

Johnson signaled that he intends to stay in office until that concludes. Such a move would be controversial, and critics say he should not be allowed to remain even as caretaker prime minister.

“Now PM has finally done the decent thing he needs to hand in the seals of office, apologise to Her Majesty (Queen Elizabeth II), allow her to appoint a Caretaker under whom Ministers can serve, so the Conservative Party can choose a new leader properly,” George Freeman, who quit as science minister Thursday, said in a tweet.

Zahawi, who was promoted earlier this week as Johnson tried to shore up his Cabinet, said he and a group of colleagues had privately expressed their concerns to the Prime Minister on Wednesday and he decided to go public after Johnson ignored the advice to resign.

“I am heartbroken that he hasn’t listened and that he is now undermining the incredible achievements of this government,” Zahawi said in a letter posted on Twitter. “But the country deserves a government that is not only stable, but which acts with integrity.”

Thursday morning’s resignations meant that 50 Cabinet secretaries, ministers and lower-level officials had quit the government over two days, often castigating the Prime Minister for his lack of integrity. With more than 20 positions unfilled, the crisis had stalled the business of some parliamentary committees because there were no ministers available to speak on the government’s behalf.

It is a humiliating defeat for Johnson, who succeeded in leading Britain out of the European Union and was credited with rolling out one of the world’s most successful mass vaccination campaigns to combat COVID-19.

But the perpetually rumpled leader known for greeting critics with bombast and bluster was also dogged by criticism that he was willing to bend, and sometimes break, the rules to achieve his goals.

Johnson, 58, managed to remain in power for almost three years, despite allegations that he was too close to party donors, that he protected supporters from bullying and corruption allegations, and that he misled Parliament about government office parties that broke pandemic lockdown rules.

Recent disclosures that Johnson knew about sexual misconduct allegations against a Conservative lawmaker before he promoted him to a senior position in government proved to be one scandal too many.

The crisis began when Chris Pincher resigned as deputy chief whip amid allegations that he had groped two men at a private club. That triggered a series of reports about past allegations leveled against Pincher.

Johnson tried to deflect criticism with shifting explanations about what he knew and when he knew it, but that just highlighted concerns that the prime minister couldn’t be trusted.

Health Secretary Sajid Javid and Treasury chief Rishi Sunak resigned within minutes of each other Tuesday night, triggering a wave of departures among their Cabinet colleagues and lower level officials.

Javid captured the mood of many lawmakers when he said Johnson’s actions threatened to undermine the integrity of the Conservative Party and the British government.

“At some point we have to conclude that enough is enough,” he said in the House of Commons. “I believe that point is now.”

Bernard Jenkin, a senior Conservative Party lawmaker, told the BBC he met with Johnson later in the day and advised him to step down.

“I just said to him, ‘Look, it’s just when you go now, and it’s how you go. You can go with some dignity or you can be forced out like Donald Trump clinging to power and pretending he’s won the election when he’s lost.”’

nextHaiti’s struggle worsened in year since slaying of president