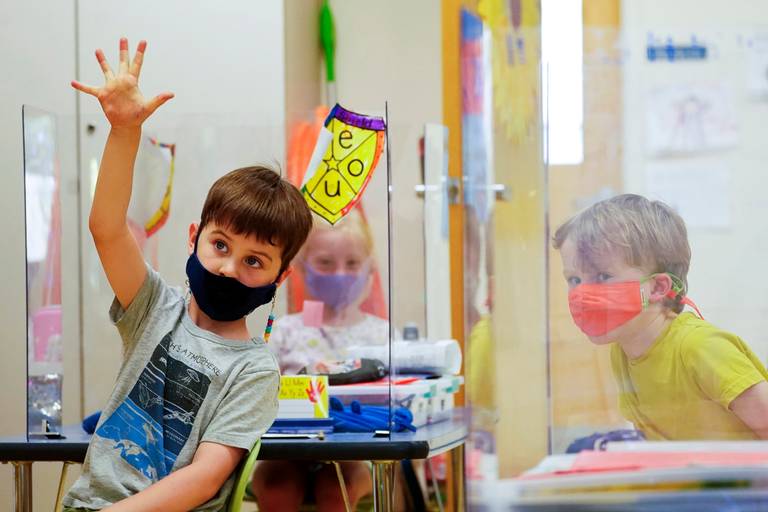 The proposed increase would run through 2027 and cost taxpayers an extra $25 yearly for every $100,000 worth of taxable property value.

Miami-Dade voters will decide this November whether to raise and extend a temporary property tax that covers school costs in order to fund teacher recruitment and boost security on campuses countywide.

After hearing uniform support from members of the public and holding brief deliberations Thursday, Miami-Dade Commissioners unanimously approved a resolution by Vice Chair Oliver Gilbert III to add a referendum to the Nov. 8 ballot.

More than 71% of county voters approved a 0.075% tax increase in 2018 following Valentine’s Day shooting at Marjory Stoneman Douglas High School in Parkland. State lawmakers that year passed stricter security standards, including a requirement that every campus have at least one safety officer on site. That mandate came with no additional funding from the state, necessitating action at the local level.

“We’ve hired over 300-plus police officers. We’ve trained our entire police force, which has become the largest scholastic police department in the country, to meet the rigorous demands of that law. We have equipped our officers to be mentors to our children and (be) the tip of the proverbial spear should (another event like Parkland) ever come,” said Al Palacio, a lieutenant with the MDCPS Police Department and the director of Miami Fraternal Order of Police.

“And here we are again, asking our same voters who have been through so much over the last couple years to be our heroes once again and help us secure our future.”

The new ballot question proposes increasing the existing but soon-to-expire tax from 0.075% to 0.1% through 2027, beginning next July. School staff estimates it will generate roughly $400 million yearly. Under the new rate, homeowners whose houses are valued at $200,000 would pay $200 a year, or about $50 more than they pay under the current rate.

“It is critically important that we be in a position to retain these professionals and also become very competitive as a county, as a school district, in making sure that we can attract the best and brightest for our students and for this community.”

Like many districts in the state, Miami-Dade has suffered teacher shortages for years. The district reported having 700 fewer teachers this year compared to last year.

Asked by District 10 Commissioner Joe Martinez why the school district needs more money when it’s seen a 25,000-student drop in enrollment compared to the 2017-18 school year, Dotres explained many of those students are now in charter schools.

“We are all public schools,” Dotres said. “So, this ballot (question) addresses the entire universe of public schools, both Miami-Dade County Public Schools and charter schools.”