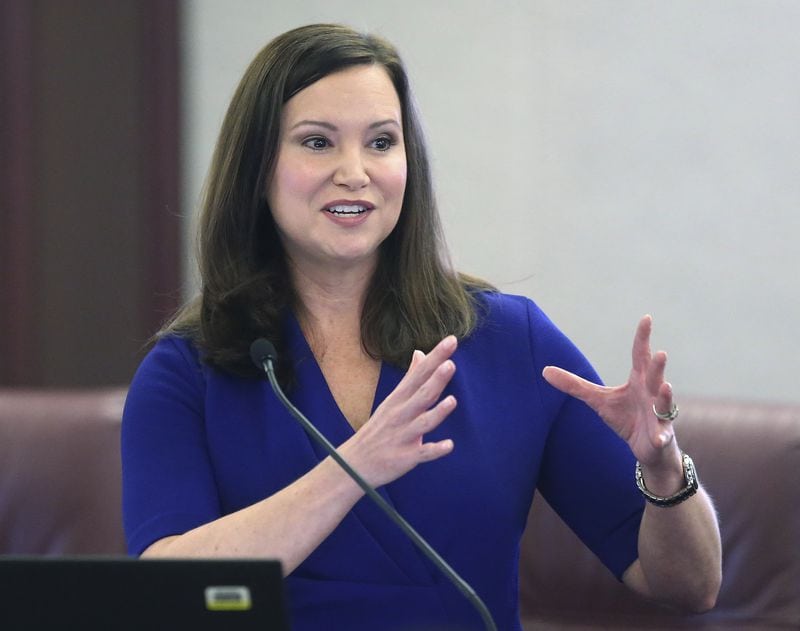 At the start of July, GOP Attorney General Ashley Moody has $6 million in her campaign war chest. Her closest Democratic challenger has $70,000.

Her political committee, Friends of Ashley Moody, raised $322,000 of that total, and sent $200,000 to the Republican Party of Florida.

Notable contributors include Publix, which gave $50,000, and RaceTrac, which gave $25,000. In turn, the RPOF spent $148,000 on in-kind contributions, paying for staff and consulting for Moody’s campaign in June.

Lewis’ reports show he didn’t raise anything last month, while Ayala pulled in nearly $12,800 for her campaign but spent $27,800. Ayala still has $7,800 left in her campaign account.

Uhlfelder, a Santa Rosa Beach lawyer, still leads the Democratic pack in the money chase, raising $38,500 for his main campaign account, but he also had a high burn rate in June, spending $34,000. His political committee, Hold Tallahassee Accountable, reported raising $8,800, but spent $6,300. Between his PAC and his campaign account, he has a war chest of $70,500 as of July 1.

The massive cash lead for Moody could be mitigated by outside spending, especially after the primary crowns a Democratic nominee. Ayala, for example, was helped with millions of dollars from an outside group backed by New York billionaire George Soros in her 2016 campaign for Orange-Osceola County state attorney.

But the disparity in finances is a major challenge for the Democratic hopefuls, who must slog through a primary before taking on an incumbent with a multi-million dollar advantage for a down ballot Cabinet position.

nextSunburn — The morning read of what’s hot in Florida politics — 7.11.22