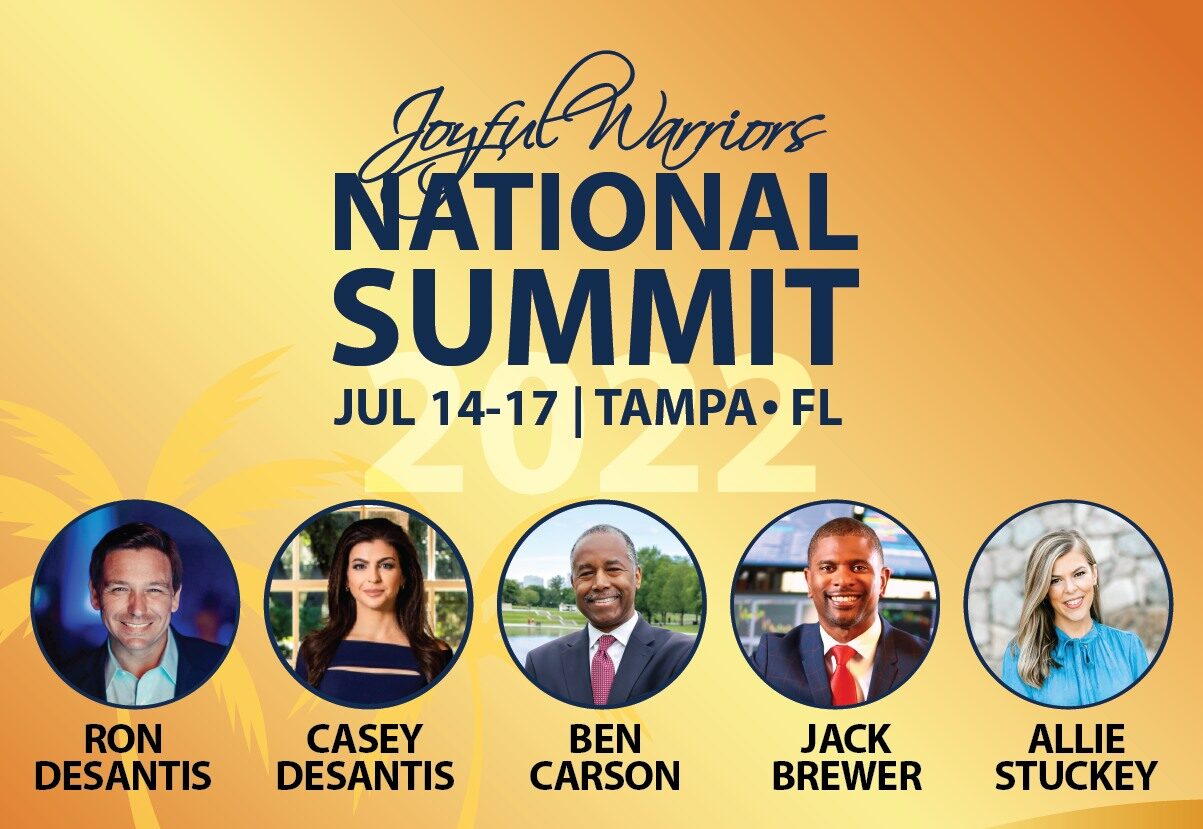 It’s four days of some of the biggest hitters in Florida Republican politics.

It’s four days of some of the biggest hitters in Florida Republican politics, kicked off by none other than Gov. Ron DeSantis.

The Moms for Liberty “Joyful Warriors” National Summit had a welcome reception at the J.W. Marriott Tampa Water Street on Thursday evening, but the opening fireworks are reserved for the “Florida Leads” breakfast that starts at 9 a.m. today with a security check that begins much earlier.

“Listen as the Gladiator Governor shares his vision for Florida and the future of a free America,” according to the event description. “Strong on Liberty with no time for woke nonsense!”

DeSantis will be joined by Reps. Erin Grall and Joe Harding, who will discuss potential Parents’ Bill of Rights legislation.

Casey DeSantis will discuss the inspiration for “moms on a mission,” while Lindsay, “takes us on a deep dive into the Marxification of education courtesy of Paulo Freire, Brazilian Marxist and Liberation Theologian. Freire remade literacy education according to his ideological programs and thereby ruined it.

“Now, his work has been so influential on the ‘Critical Pedagogy’ (or, ‘Critical Education Theory’) movement that virtually all teachers are trained in his ideas and implement them in classrooms across the nation.”

Breakout strategy sessions are scheduled between speakers, with titles like “A Look Behind the Education Curtain” and “Gender Identity in Our Schools.” The sessions are closed to reporters.

Tampa Bay’s Party for Socialism and Liberation (PSL) and the Tampa Bay Coalition for Women’s Rights organized a protest and are set to march to the Marriott while DeSantis speaks.

“Moms for Liberty is a fascist organization that organizes nationally for book banning,” PSL said in an Instagram post, “not teaching Black history in schools, not requiring vaccines or masks in schools, and any mention of LGBTQ people in schools.”

The prospect of various protests led to increased security at the venue. Of course, the Florida Democratic Party is having its Leadership Blue events at the same hotel, albeit in the Marriott’s facility literally on the other side of the street.

There’s no slowing down on Saturday as Sen. Rick Scott leads the “Keep Kids Safe: Secure Our Schools” panel at breakfast that centers on the response to the Parkland school shooting. The panel also includes State Board of Education member Ryan Petty, Sarasota County School Board member Bridget Ziegler and the co-founders of Moms for Liberty, Tina Descovich and Tiffany Justice.

King will also speak at Sunday’s breakfast, where she’ll be joined by former U.S. Housing and Urban Development Secretary Ben Carson, who will “discuss the four founding principles which are cornerstones of our country: faith, liberty, community, and life as well as pursue common sense solutions that challenge conventional groupthink.”

A livestream of the speakers is available on the Summit website.

previousLast Call for 7.14.22 — A prime-time read of what’s going down in Florida politics