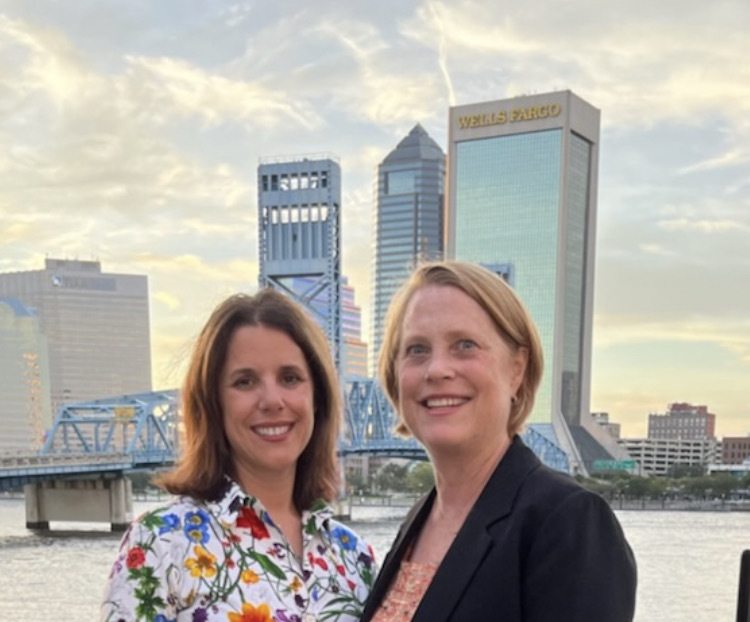 “Having the support of my City Council colleague means the world to me,” Cumber said regarding the endorsement from fellow Republican Randy DeFoor.

“I’m grateful for her endorsement and look forward to bringing the same level of tenacity we’ve seen in the council chambers to the campaign trail. She’s proven to be an effective leader who stands up for what’s best for Jacksonville,” Cumber added.

DeFoor had donated to Cumber in June, so the endorsement is no surprise, but it still speaks to the twists and turns in local Republican politics in recent years.

Cumber and DeFoor arrived in office three years ago with some help from the political machine of Mayor Lenny Curry. Cumber faced no opposition in winning her San Marco district, while DeFoor faced a competitive First Election followed by a narrow victory over Democrat Sunny Gettinger in the General Election in her Westside district. They soon enough diverged from the Mayor’s Office’s political priorities, however.

DeFoor, in announcing her intention not to pursue a second term, said she would endorse a potential successor, noting that a “crucial determinate in my considerations will be with whom they affiliate as they undertake their campaign.”

In that context, her endorsement follows the same trend here, driven by affiliations (notable in light of the expected entry into the race by Jax Chamber CEO Daniel Davis, Curry’s preferred candidate to replace him).

Davis’ political committee, Building a Better Economy, raised $78,000 between July 2 and July 8, with AT&T reaching out with $30,000 of that sum. The account is well north of $4 million on hand.

Davis is not a formal candidate for Mayor, however, and thus far Cumber holds a strong fundraising lead over the rest of the field. Her JAX First political committee collected $35,000 during the week ending July 8, and it now has nearly $2.25 million on hand. She also has roughly $230,000 in hard money.

The next leading fundraiser is well behind in terms of cash on hand. Democrat Donna Deegan has roughly $525,000 between her Donna for Duval political committee and her campaign account. Republican Al Ferraro has roughly $250,000 on hand, while Democratic state Sen. Audrey Gibson has roughly $115,000 on hand, after having joined the race last month. Other candidates haven’t fundraised much thus far.

Qualifying for the 2023 mayoral race runs from Jan. 9 to Jan. 13, setting up a First Election involving all qualified candidates in March. The top two finishers will face off on the May ballot.