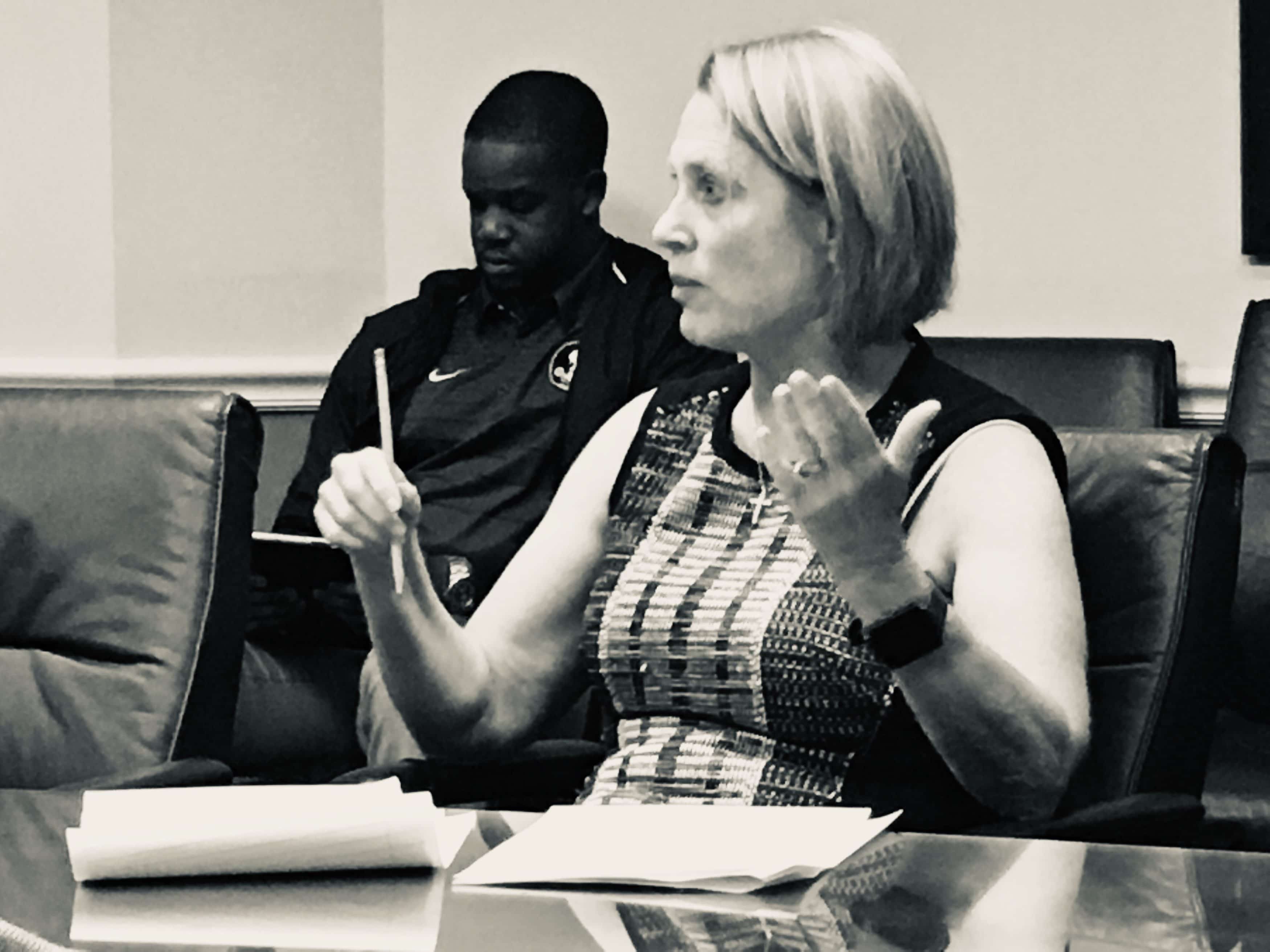 She may endorse a candidate to succeed her.

Republican Randy DeFoor will not run for re-election to the Jacksonville City Council, creating an open seat in District 14.

DeFoor made her decision after four candidates, including an establishment Republican, were already filed.

In a message to supporters Wednesday, DeFoor described her foray into politics as a “venture of the heart, not politics; a call, not an ambition.”

“The candidates who have declared were made aware of my intentions before they filed,” DeFoor added. “My hope is that giving this much time for candidates to run, the District will benefit.”

She does intend to endorse a candidate before the election, saying a “crucial determinate in my considerations will be with whom they affiliate as they undertake their campaign.”

Indeed, if 2019 represented a meaningful prologue, affiliations will prove pivotal.

DeFoor’s former campaign consultant, Tim Baker, with whom she had a falling out shortly after her 2019 win, is already working with a Republican in the race who has early momentum.

Matt McCullough has collected over $25,000 in one month of fundraising, with donations from the Orange Park Kennel Club, the Jacksonville Kennel Club, the Jax establishment funded For a Strong Florida political committee, and Rebekah Davis, the wife of Jax Chamber CEO and likely mayoral candidate Daniel Davis.

Other candidates, including one who has run before, are in the mix. Democrat Jimmy Peluso, a Navy veteran who currently handles governmental affairs for the VyStar Credit Union, is running again. He finished in third place in the First Election in 2019.

“I’m in this race to win,” Peluso said. “I learned many lessons from my previous campaign for this seat.”

Democrat Kevin Luhrs and NPA candidate Benjamin Sandlin have yet to report fundraising.

“I want what’s best for my district and will endorse on that basis,” DeFoor said when asked if she was leaning toward supporting anyone in the current field.

McCullough, for his part, isn’t looking for the incumbent’s backing, as he asserts: “I am not seeking an endorsement from Randy DeFoor.”

Qualifying for this and other 2023 Jacksonville municipal races is not until January, so other candidates have plenty of time to launch campaigns. 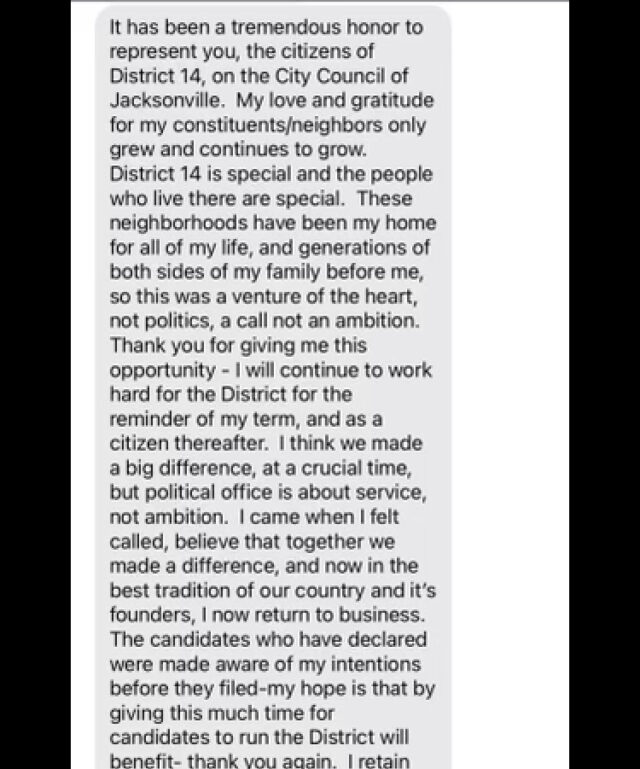 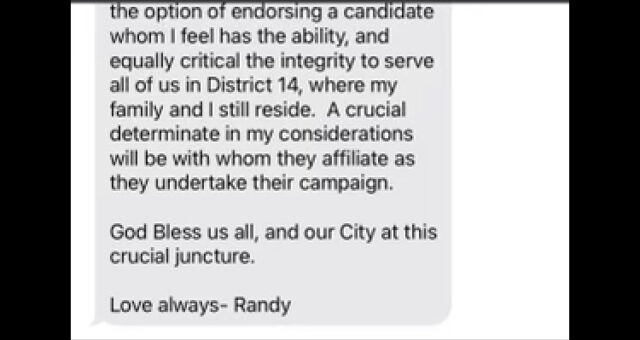