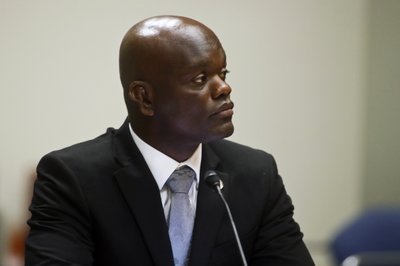 The partnership with the nonprofit Carrie Meek Foundation earned sweeping support from Commissioners and residents who traveled to County Hall.

Miami-Dade communities disproportionately plagued for decades by gun violence are on track to receive a combined $8.8 million through a partnership between the county, the Carrie Meek Foundation and local, to-be-chosen organizations dedicated to ending the problem.

Commissioners approved a resolution Tuesday clearing funds from last year’s county budget to the Carrie Meek Foundation. The item’s sponsor, Kionne McGhee, said the agreement will help to strengthen the county’s preventative efforts against and response to community violence.

“The Carrie Meek Foundation is an excellent organization that continues to improve the lives of our residents,” he said. “I know that with this partnership, we can do much more to help curb violence and make a difference within our communities.”

Ninety percent of the money, roughly $7.3 million, is to be allotted through competitive solicitation to organizations and programs focused on reentry services for formerly incarcerated individuals, high-risk intervention work and support services for victims, survivors, family members and communities impacted by gun violence.

The Children’s Village, which serves youths in the foster care system, will receive up to $400,000. Half will be used to hire six “natural helpers” to support youth and families. The other half will aid coalition building, administration and coordination of 130 organizations that are party to the Together for Children network.

Another $375,000 will fund 150 youth scholarships over the initial two-year term of the program, which includes $65,000 earmark for the Melissa Institute for Violence Prevention and Treatment.

The Carrie Meek Foundation, named for the late former U.S. Congresswoman, will use roughly $707,000 to support its work distributing grants funded through the partnership, which runs until Sept. 30, 2025, with two one-year, no-cost renewal options.

Miami Gardens resident Denise Brown, who launched the nonprofit RJT Foundation in 2012 after the murder of her son and his best friend, was one of several people whose personal loss informed their support of the partnership.

“The citizens of this community, many of us survivors, and various grassroots organizations in this county who have been doing the community violence prevention and intervention work are your neighbors, and you have the power to provide the resources that are needed to help those who are impacted by senseless gun violence,” she told the 13-member County Commission.

“This was not available 10 years ago, when I lost my son, but it’s available now. You have the power to help us work to make this county safer.”

Pastor Victor Hickson of Full Deliverance Baptist Church in Florida City spoke of the potential benefits global giants like Amazon have brought to South Miami-Dade. But he argued those benefits will go unrealized, and the local cycle of violence will continue, without more resources to support education and job training.

“Our crime (and) unemployment (are among) the highest in the state of Florida,” he said. “What happens if we don’t have any funding to train and develop our individuals, our constituents, our children, our grandchildren? How are we going to develop them for the 21st Century? We need the opportunity. We need the funding in order to make sure our children are ready for the future.”

The resolution passed with one amendment from Joe Martinez requiring Miami-Dade Mayor Daniella Levine Cava’s office to provide quarterly reports detailing demographic information on all individuals participating or receiving benefits through the partnership.

Every Commissioner voted “yes,” though some criticized how long it took for the county to move on the allocation.

“This was money that was appropriated last year, and now is the day that we’re moving forward with this,” René García said. “We need to be a little bit more prudent and expedient when it comes to appropriating some of these funds, especially in a time when we talk about the violence that’s happening in our communities and putting this money to good use.”

Miami-Dade recorded 249 murders in 2021, according to figures the medical examiner’s office released in January. Of those, 202 were from guns. The number of homicides dropped by 15% last year, from 41 in 2020.

Alex Piquero, a criminology professor at the University of Miami, told NBC 6 the year-over-year decline — which countered upward trends in Chicago and Philadelphia, among other metropolitan areas — was in part due to “Operation Summer Heat,” a Miami-Dade Police program that led to more than 3,300 felony arrests and some 1,200 recovered guns.

“It starts and ends with guns,” he said. “The lethality of guns when they’re used in altercations is much higher than a fist or a knife.”

Following the passage of McGhee’s item, Diaz, the Chair of the County Commission, thanked the residents and community organization representatives who spoke, particularly those who endured the tragedy.

“I am sorry for what you’ve gone through and the situations that life has brought you,” he said. “This should be something that will move forward and help ease a lot of the negatives that have taken place.”