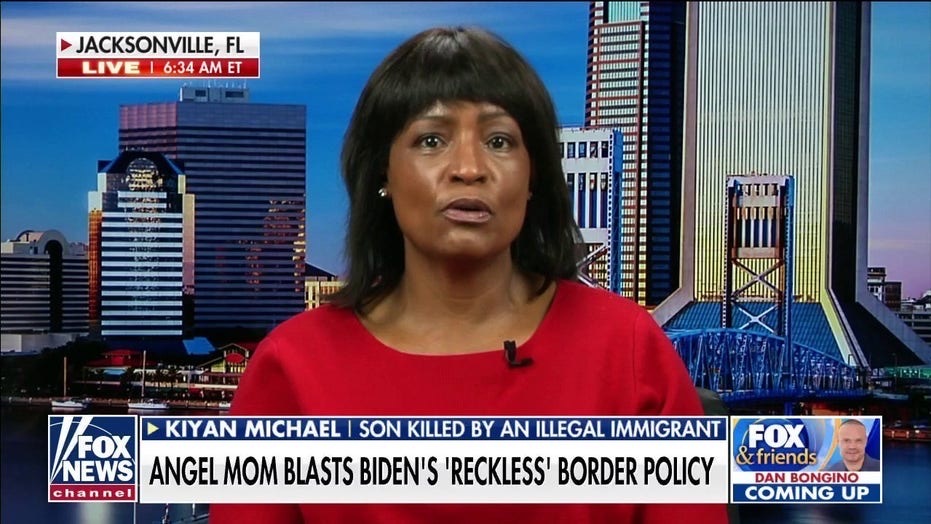 In what can be seen as a repudiation of two feuding wings of the Jacksonville political establishment, Gov. Ron DeSantis endorsed first-time candidate Kiyan Michael, over two veteran politicians in the House District 16 GOP Primary.

“Kiyan Michael is an Angel Mom, military spouse & lifelong Jacksonville resident,” tweeted Gov. DeSantis. “Kiyan has stood with me in the fight against illegal immigration and will be a leader in the Florida House as we fight Biden’s open border policies. I am proud to endorse her candidacy for HD 16.”

Kiyan Michael is an Angel Mom, military spouse & lifelong Jacksonville resident.@kiyanforfl has stood with me in the fight against illegal immigration & will be a leader in the FL House as we fight Biden's open border policies.

I am proud to endorse her candidacy for HD 16.

“I am very honored to have Gov. Ron DeSantis’ endorsement for my race in District 16,” Michael said. “He has been fighting illegal immigration since Day 1, and when elected to the Florida House, I will be ready to continue my work alongside him to protect Florida and America from Joe Biden’s weak and destructive open border policies.”

Michael, whose son was killed by an undocumented immigrant, is the political outsider in the field. She has been undercapitalized thus far compared to her opponents, with roughly $23,000 cash on hand through July 15, the last day for which she has reported fundraising.

Opponent Chet Stokes has been the cash leader throughout this race, and he is well-positioned for the stretch. He had nearly $230,000 on hand between his campaign account and his political committee, Strengthening Florida’s Future.

Stokes, a Jacksonville Beach City Councilman who has gotten most of the establishment endorsements, closed last week by going on defensive and volunteering information that claims that he made of graduating from Auburn University were erroneous.

Former Rep. Lake Ray represented HD 12 from 2008 to 2016, and drew an endorsement from the Fraternal Order of Police this week. He had roughly $213,000 on hand as of the most recent numbers reflecting pre-July 15 activity between his campaign account and the A Stronger Florida for Us political committee.

Much of the campaign has been brutal negativity between Ray and Stokes. The DeSantis endorsement will likely change the dynamic in ways nothing else could, perhaps short of an endorsement from former President Donald Trump.

Only Republicans will vote in this Primary, which has been closed by two write-in candidates presenting themselves before qualifying. Democrats did not file in this district, which is drawn to perform Republican in a General Election. The district extends from the Beaches to the Regency Square area on Jacksonville’s Southside.

nextJEA to suspend disconnections for 6 weeks