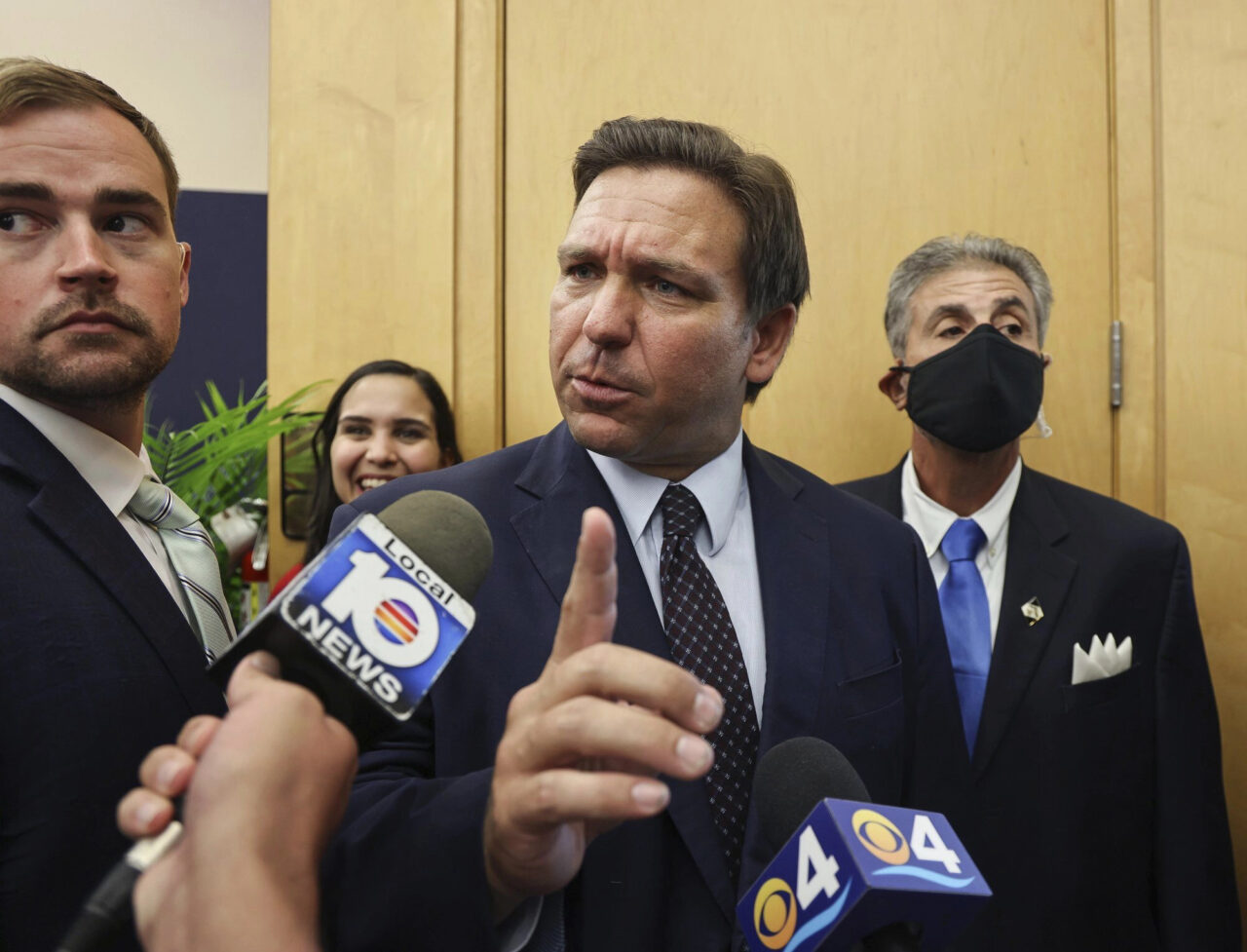 'Having kids involved in this is wrong.'

A 16-second clip showing a toddler in a tiara dancing with a scantily clad drag queen at a Miami establishment has Gov. Ron DeSantis vowing that won’t be allowed in his free state of Florida.

The clip shared on the social media platforms TikTok and Twitter went viral earlier this month and got a mention Wednesday at the Governor’s press conference. He said the establishment, later identified as R House Wynwood, is under investigation through the Department of Business and Professional Regulation (DBPR), which may lead to the revocation of its liquor license.

He argued such encounters are part of a disturbing trend that is sexualizing children.

“Having kids involved in this is wrong, that is not consistent with our law and policy in the state of Florida,” he said.

An adult performer in a thong with cash sticking out performs with a young child at the R House Wynwood drag venue and restaurant in Miami for Pride month. pic.twitter.com/4mbi9n2Qgc

The investigation revealed that not only are children going to the advertised “Drag Brunch,” but there’s a children’s menu, DeSantis said.

”They looked under Florida law, and were able to initiate this procedure that would basically take away the liquor license for that,” DeSantis said.

The owner of the establishment, which Miami New Times awarded “Best Mojito” this year, did not return a call seeking comment. But a spokesperson for R House Wynwood did, and released a statement on behalf of the ownership.

“We are aware of the complaint and are currently working with the Department of Business and Professional Regulation, through our attorney, to rectify the situation,” said Larry Carrino, president of Brustman Carrino PR in Miami in an emailed statement.

“We are hopeful that Gov. DeSantis, a vociferous supporter and champion of Florida’s hospitality industry and small businesses, will see this as what it is, a misunderstanding, and that the matter will be resolved positively and promptly.”

Carrino did not respond to a follow up email inquiring about whether the business is currently operating. And Christina Pushaw, the Governor’s spokeswoman, referred questions about the status of the investigation to DBPR. The department responded saying the inquiry was received.

A viral clip from a Dallas Pride Month drag prompted Republican Howey-In-The-Hills Rep. Anthony Sabatini to vow he would file legislation to stop drag shows in the presence of minors. He even called for an “emergency Special Session” on the matter.

In South Florida, drag shows are common enough that Yelp has a listing for the “10 best drag shows” for Wilton Manors. And “age restrictions” aren’t a clickable link, nor are they mentioned on R House Wynwood’s website.

DeSantis said his criticism of the entertainment is part of his fight for Florida to be “where kids can be kids.” That includes efforts to pass the Parental Rights in Education law, which more closely regulates schoolhouse discussions, and measures targeting Disney, which criticized that law.

If there are more of these places where kids are exposed to drag shows, he’s going to take action, he said.

“I think parents, particularly at this time in society’s history, should be able to have their kids go to kindergarten, watch cartoons, just be kids without having some agenda shoved down their throats all the time,” he said. “And that’s what we’re fighting for.”

“People have different views on what they want to do as adults, but it used to be … the kids are off limits,” DeSantis added.

“You can see the same level of skin at the beach too,” Eskamani said.

She recalled going to a belly-dancing show as a child. She gave the dancer a dollar and no one cared.