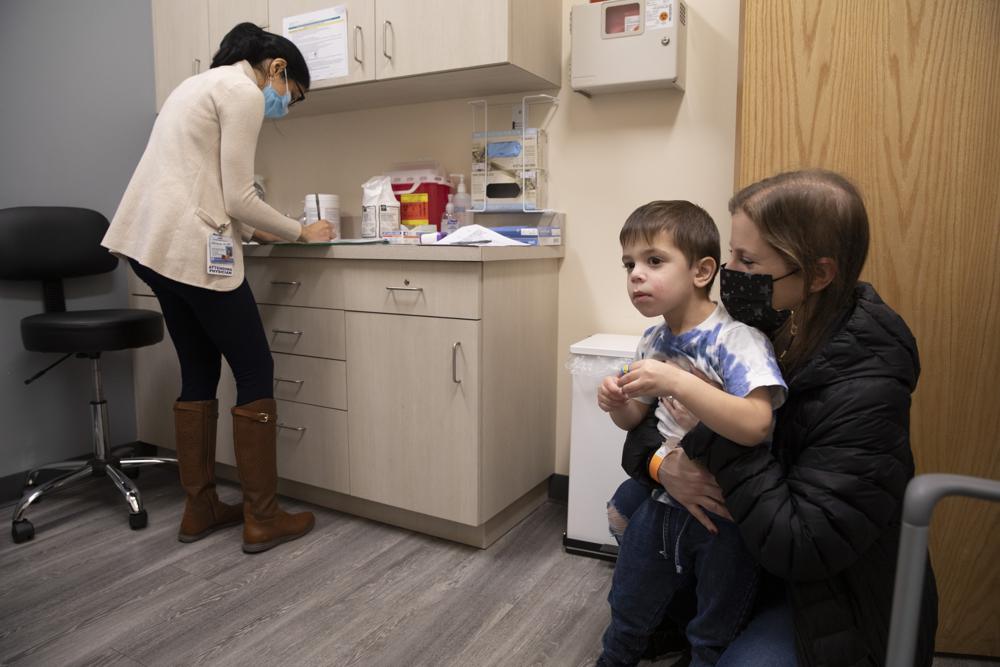 'Governor DeSantis took away their choice — just to score some political points.'

A group of parents joined health care advocates Wednesday afternoon to share their challenges to accessing COVID-19 vaccines for their children, pointing to Gov. Ron DeSantis’ policies that put up barriers to vaccination access for those under 5.

The parents, who were hosted by For Our Future, Protect Our Care and The Common Ground Project, expressed frustration over vaccine accessibility for their children, including some who are immunocompromised.

Michael Womack, the state director of Protect Our Care, slammed the DeSantis administration and Republican leadership for limiting access to vaccinations for children. DeSantis was the only Governor who refused to pre-order vaccines for those under 5. He has also prohibited county health departments from distributing the shots to children.

In March, Florida Surgeon General Joseph Ladapo became the only state Health Department leader in the country to recommend against the use of COVID-19 vaccines for children through age 17.

“They deserve the freedom to make health care choices for their children just like any parent, but when the vaccines finally became available for their children, Gov. DeSantis took away their choice — just to score some political points,” Womack said.

Womack didn’t stop at DeSantis, either. He also took aim at U.S. Sen. Marco Rubio, who he said put his “self-serving political interests ahead of what was best for Floridians.”

“Now for Marco Rubio, the only thing that mattered was keeping his party bosses happy. Once again, he was too afraid to do the right thing and everyday Floridians suffered for it,” Womack said.

“Instead of encouraging Floridians to stay safe and helping people get vaccinated during Florida’s worst COVID outbreak last August, Rubio instead flew off to Iowa with the hopes of launching another presidential campaign. This kind of cowardice is nothing new.”

Womack’s criticisms were echoed by the parents at the presser who are upset about the lack of accessibility.

Lisa Perry, of The Common Ground Project, called the Governor’s choice to suppress child vaccinations “neglectful.” Perry, who has an immunocompromised daughter, recently moved to North Carolina after deciding Florida was not a safe state in which to raise her child.

“To see our leadership at the state and federal levels from Florida pushing back and creating barriers, making vaccines available but only to people who can access them — I decided that this wasn’t a state that I could raise my children in safely,” she said. “We have the ability to protect our children now. And to create barriers is just — it’s inexcusable. And quite frankly, I think it’s pretty neglectful.”

Perry also acknowledged it’s not feasible for many people to relocate, calling the state’s response a “failure to serve our most vulnerable populations.”

“A lot of this is political intention. These folks want to run for President and they think they can lead the country but they can’t even protect the most vulnerable children in the state of Florida,” she said.

Catherine Bulka, a parent who recently moved to Florida, expressed concern over finding a provider nearby that will give her youngest a second shot in the Moderna series. Bulka said she had to call 15-20 pharmacies to find one where her 10-month-old was eligible for a vaccination. She eventually found one in Englewood — over 90 miles away from her home. Now, she’s struggling to find a place closer to home for her baby to receive a second dose.

“It’s just the same frustration all over again,” Bulka said. “On the one hand, I’m kind of shocked that we’re this far into the pandemic and it’s like, how are we not doing a better job yet? But it also tracks very much with my experience of kids under 5 just being totally ignored throughout this whole thing.”

Notably, the anti-vaccine rhetoric from the DeSantis administration marks a decisive shift compared to last year, when it aggressively distributed vaccines, first making them available to older Floridians and eventually all individuals authorized to receive the vaccine by the FDA, and less than a year ago boasted about the effectiveness of its vaccine distribution strategy.